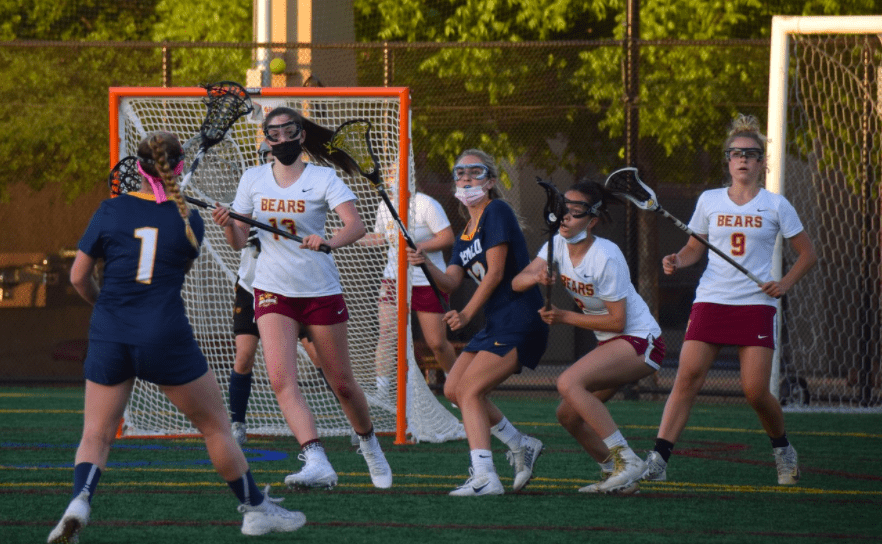 On Wednesday, May 5th, the M-A varsity girl’s lacrosse team lost in a close game against Menlo School, with a final score of 16-15.

From the moment the first whistle blew, both teams were highly competitive, and possession of the ball switched frequently. Menlo scored the first goal of the game just a few minutes into the first half, and from then onwards, both teams scored numerous goals back and forth. By the end of the first half, Menlo was leading with a score of 6-8.

The second half proved to be more lively than the first, with M-A scoring 9 goals, and Menlo scoring 8 during the 25 minute time period. As the end of the game approached, M-A continued to be right on Menlo’s tail, tying the score at two different points but was unfortunately unable to pull one last goal out at the end.

Freshman Shea Deks, who scored nearly half the game’s goals as an attacker, said that “the team has really started to understand how everyone plays, and we have become such a close-knit group which helps us on the field. We have played some really good teams, and I think we have grown a lot.”

Junior Ally Shaw, who also plays as an attacker, added “It was probably our best game this year and that we were able to keep up with the momentum of the game through the end.”