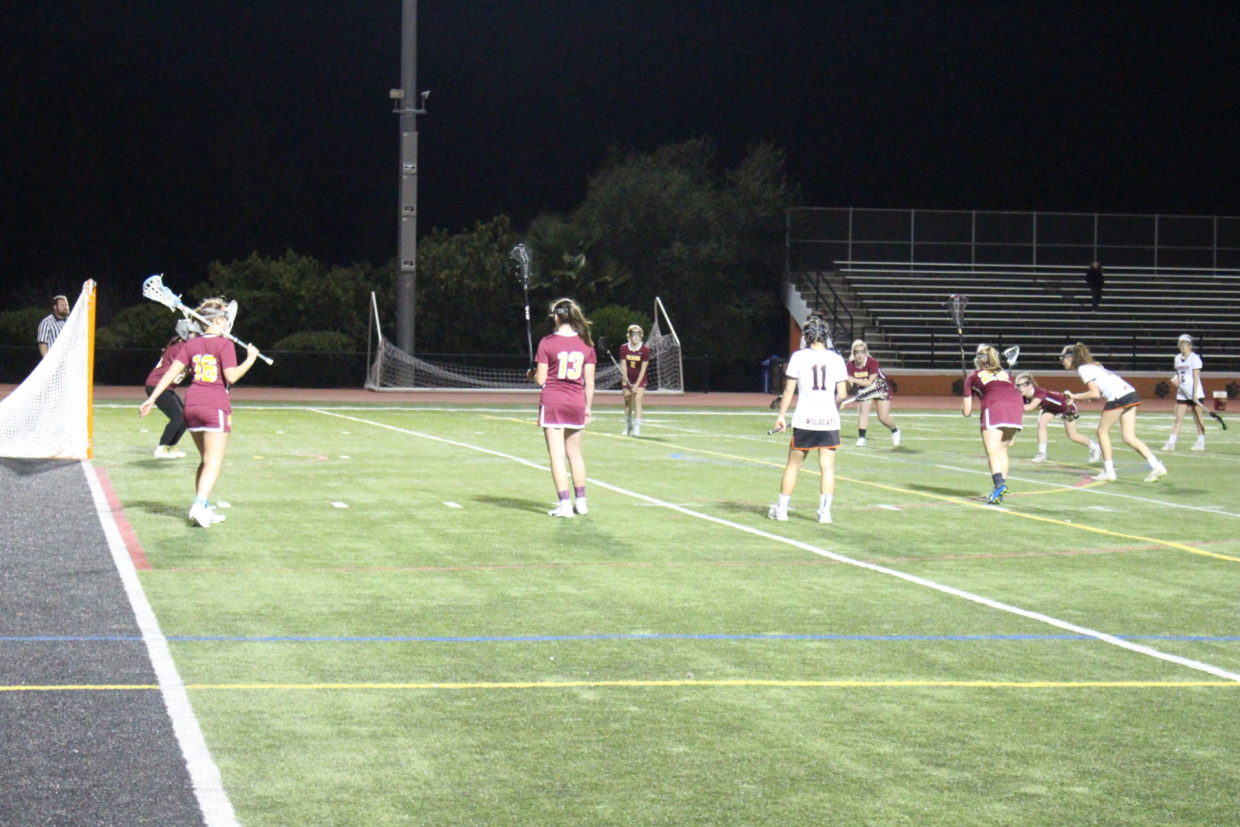 Girls Lacrosse Defeats Woodside in First Game of the Season

M-A scored quickly in the first few minutes of the game, leading 2-1, and held that lead throughout the game even with Woodside beginning to catch up in the second half. The bears had a lot of confidence and positivity going around; according to Junior Mattie Bragg, it  was good to have “someone say ‘good job’ rather than just a critique.”

M-A girls drive the ball to the goal.

By the end of the first half, M-A had a 5 point lead, but when the second half rolled around, Woodside began to catch up. M-A didn’t shy from the narrowing gap and continued to score points, renewing their lead. In the last few seconds, Freshman Amelia Poirer scored a goal, making the final score 18-11.

The team has new coaches this season, and after the first game, Bragg said she “just wants to have fun and keep the positivity going.”

The team will be playing next at Burlingame High School on March 3, and their first home game will be March 10 against Mountain View High School.