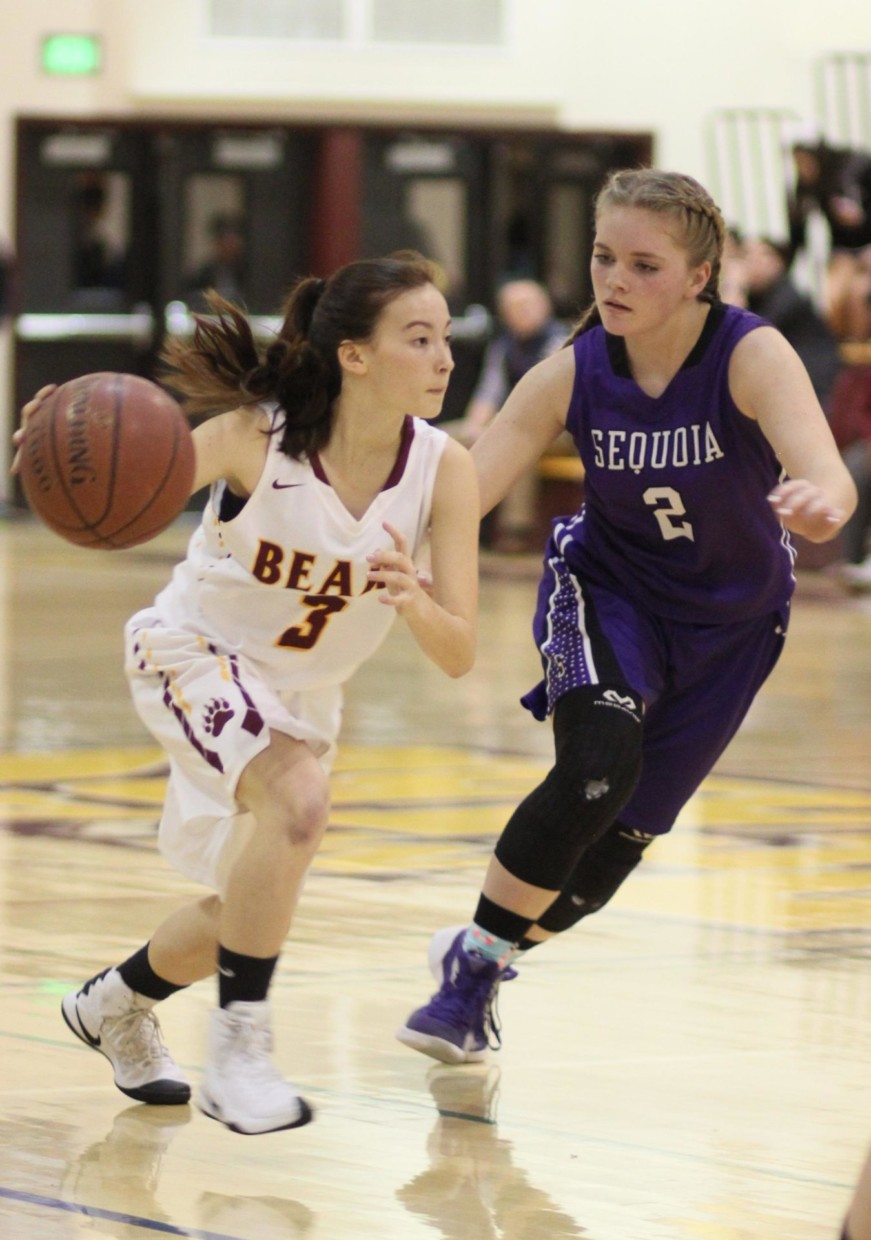 Girls basketball remains undefeated in league with victory over Sequoia

After a thrilling 12 point win over Mills High School just four days ago, the girls varsity basketball team was back in action against arch-rival Sequoia High School on January 19. The tight contest was won by the Bears, who were able to pull away late in the fourth quarter beating Sequoia by a score of 51-37. This win improves the Bears to an overall record of 10-6 and an incredible 4-0 in the Peninsula Athletic League (PAL), remaining in first place in the PAL standings.

The first quarter was a dead even affair. The Bears had a balanced attack throughout; Senior Carly McLanahan and junior Oron Estes were each able to hit threes in the first while star senior Greer Hoyem had five points of her own. The Cherokees were led by Soana Afu and Caitlin Dulsky who were on fire to start the game. Dulsky’s three-pointer was able to beat the buzzer and tie the game at 11 apiece going into the second quarter.

The second quarter was a defensive battle between the Bears and the Cherokees. Only a combined 12 points were scored between the two schools. The Bears were not just able to slow down Dulsky and Afu but the entire Cherokee team, holding the team to four points in the quarter. This stifling defense opened up a four-point lead going into the locker room with the Bears leading 19-15. 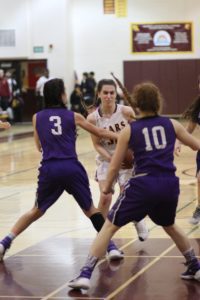 The game would be decided in the final quarter. The Bears went on a 5-1 run of their own to start the fourth quarter and extend their lead to seven points. The Bears stepped up their defense in the quarter only giving up seven points. McLanahan, who finished with four three-pointers on the evening and 14 points overall, hit two threes in the fourth to keep the momentum building. Afu fouling out early in the fourth was a big blow for the Cherokees who were not able to stop Hoyem inside the paint after that.

The Cherokees were not able to match the dominating performance by the Bears in the fourth quarter and the Bears were able to come out victorious 51-37.

The Bears are back in action against San Mateo High School on the road but then have back-to-back home games against Aragon High School on Wednesday and Woodside High School this Friday. Come out and cheer on the team as the Bears look to keep this undefeated league season alive.