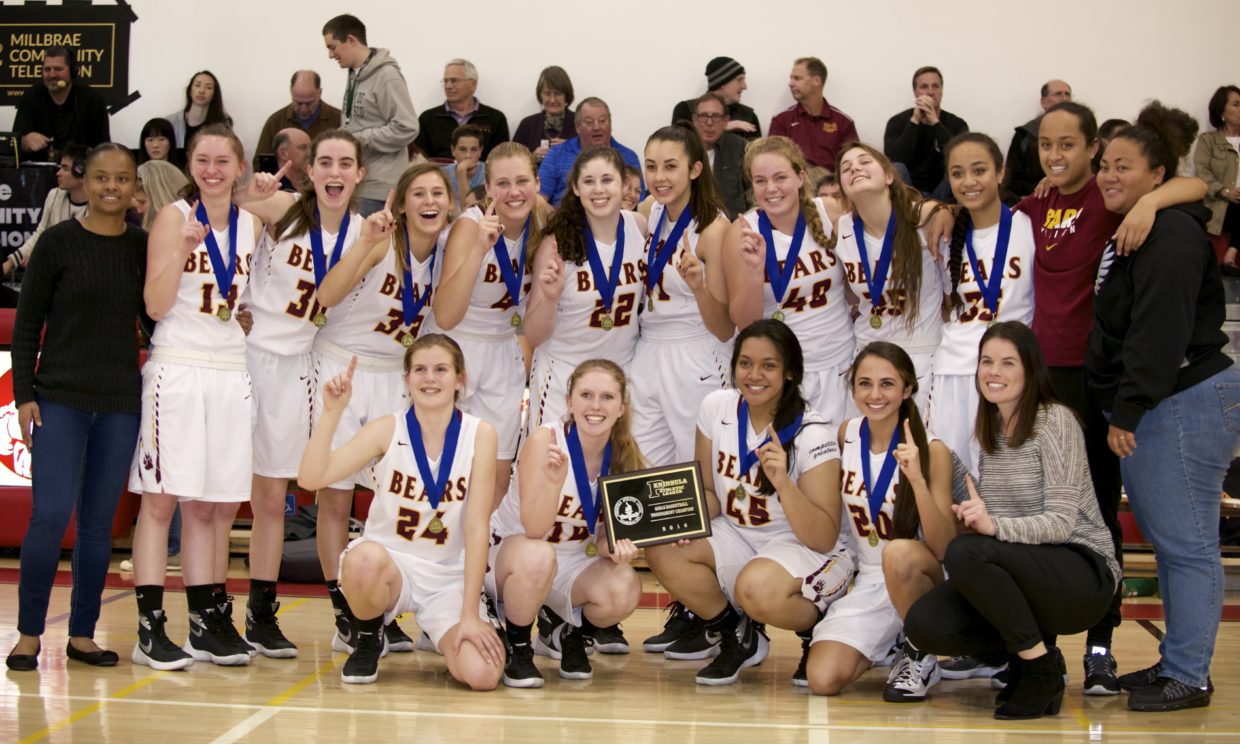 The M-A girls varsity basketball team posted an impressive record of 27-5 and had a deep playoff run last season. The team won the Peninsula Athletic League (PAL) tournament against Oceana with a score of 60-42. The Bears then lost two hard-fought Central Coast Section (CCS) games by a combined eight points. The girls reached the third game of the CIF State Girls Basketball Championships by beating Washington (San Fransisco) 56-44 and Heritage (Brentwood) 71-46. Their season finally ended late in March after a tough 74-51 loss against powerhouse Saint Francis (Mountain View). 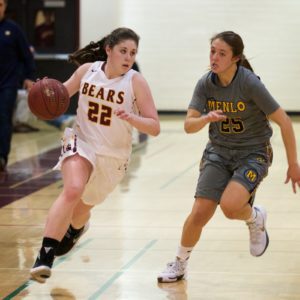 Even after an excellent season last year, Coach Markisha Coleman expects improvement this year. She explained, “We never define our success by our overall record. Instead, we define our success by how much we improve individually and collectively throughout the season. With that being said, I expect our team will improve a lot this year as we are always working to be better than we were in the past.” 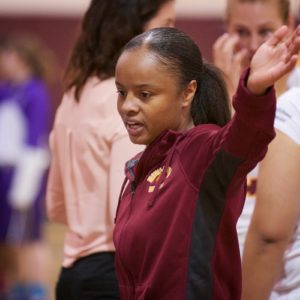 Coach Markisha Coleman talks to her team during a timeout.

M-A lost graduating seniors Delilah Kline, Jamie Kirkpatrick, Annalisa Crowe, and Sally Carlson. Coleman said, “We had four incredible seniors graduate last year. While they weren’t starters, they definitely played an important role on our team. In order for our team to have been as successful as we were last year, we needed all 13 players. Last year’s seniors will be missed greatly.” 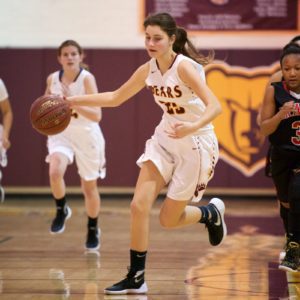 Senior Natasha Auer dribbles the ball up the court.

Even with a lot of seniors graduating last year, Coleman is still confident in her varsity team. “We have some really talented, hard working returning players that will be able to fill the roles of last year’s seniors. I can’t wait to witness how much we will improve this season.” 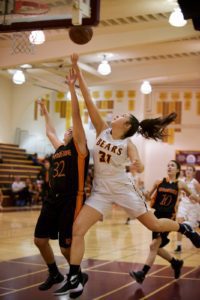 Some underclassmen will be playing larger roles this year. Coleman said, “Erica Fisher and Mele Kailahi contributed a lot to last year’s varsity team success as freshmen. Thus, I am confident they will play major roles for our team this year.” 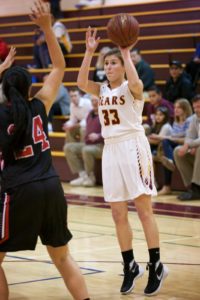 Senior Kyra Sheeper rises up over a defender to hit the shot.

Greer Hoyem has been a force for the Bears in recent years. Coleman cannot wait to see where she can take the Bears this year. “We will rely on Greer a lot this year as she is very dominant in the post. Additionally, Greer has improved a lot as a passer. We will not only look to her to score, but also rely on her to create open shots for other players.” 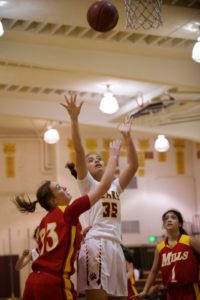 Mele Kailahi, a freshman a year ago, shoots against Mills.

Although Hoyem and M-A’s other centers have been solid for M-A, let’s not forget about a team that is loaded with 3-point shooters. These players are imperative as opponents in the PAL league try to limit M-A’s post options. Coleman stated, “Most of our opponents focus on taking away our post options. Thus, we will need our guards to be able to hit outside shots.”

Coleman is also putting a big emphasis on getting easy buckets in transition by spending a lot of time on conditioning. On the defensive end, the Bears know that it is necessary to prevent opposing teams from getting offensive rebounds that could result in second-chance points. 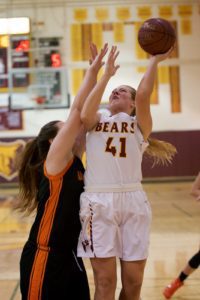 Coleman has already set out her own goals for the team. “My goal for this team is for everyone to improve. If at the end of the season we are better individually and collectively than we were at the start of the season, I would be happy and deem this season to be a successful one.” Good luck to the Bears, and we cannot wait for another exciting season of M-A girls basketball.