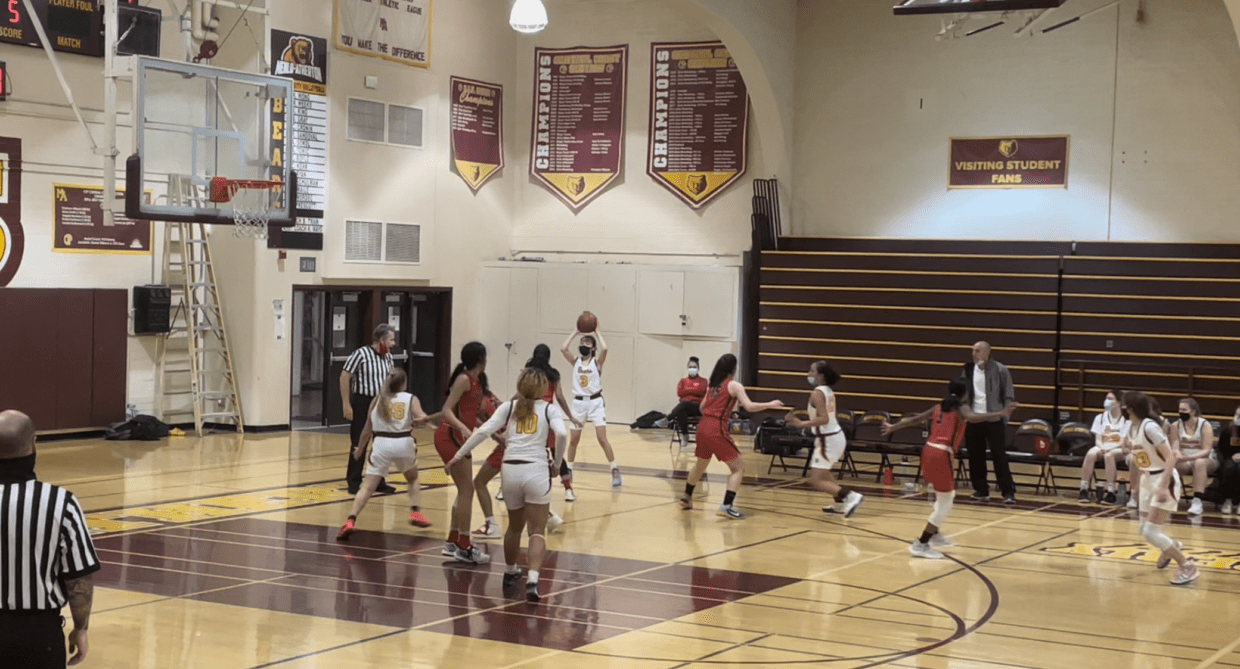 M-A and Saratoga both kicked off strong, causing the teams to be neck and neck. The first quarter consisted of multiple turnovers, which led to M-A making a bucket in a fast break, quickly followed by Saratoga doing the same. M-A’s freshman Avery Sheldon beat the buzzer with a layup, tying the teams at 10-10.

The second quarter started on the same note, but Saratoga soon managed to create a lead through strong offense. M-A held their ground, though, and Sophomore Fiona Steinmetz blocked two of Saratoga’s shots. The first half ended in an 18-28 lead for Saratoga.

Junior Helena Warner said, “In the future, we want to focus on offense. Our defense was good, but we need to have higher scoring games, and we can only do this through a more effective offense, where we have fewer turnovers and make more baskets.”

The second half saw an excess of fouls on both sides, to the point where the referees stopped counting near the very end of the game. The two teams totaled 20 fouls in the second half. These mostly disadvantaged M-A because Saratoga was able to shoot more free throws.

Sheldon said, “I think part of [the foul count] was that #5 was a good player, and she drew a lot of fouls. We were even told to foul her intentionally on some fast breaks because she was fast, and she might get an easy layup if we didn’t foul her first. But at the same time, I also think we could work on getting our hands up to help us not get called for as many fouls.”

The Bears’ defense sparked a late third-quarter comeback from players Summer Prescott and Nise Natalia, cutting Saratoga’s lead to just four points. However, in the end, the Bears were not able to complete the comeback, as Saratoga held strong to win with a final score of 38-48.

Warner concluded, “We knew it would be a difficult game going in. We expected a challenge, and practiced hard, which we are proud of.”