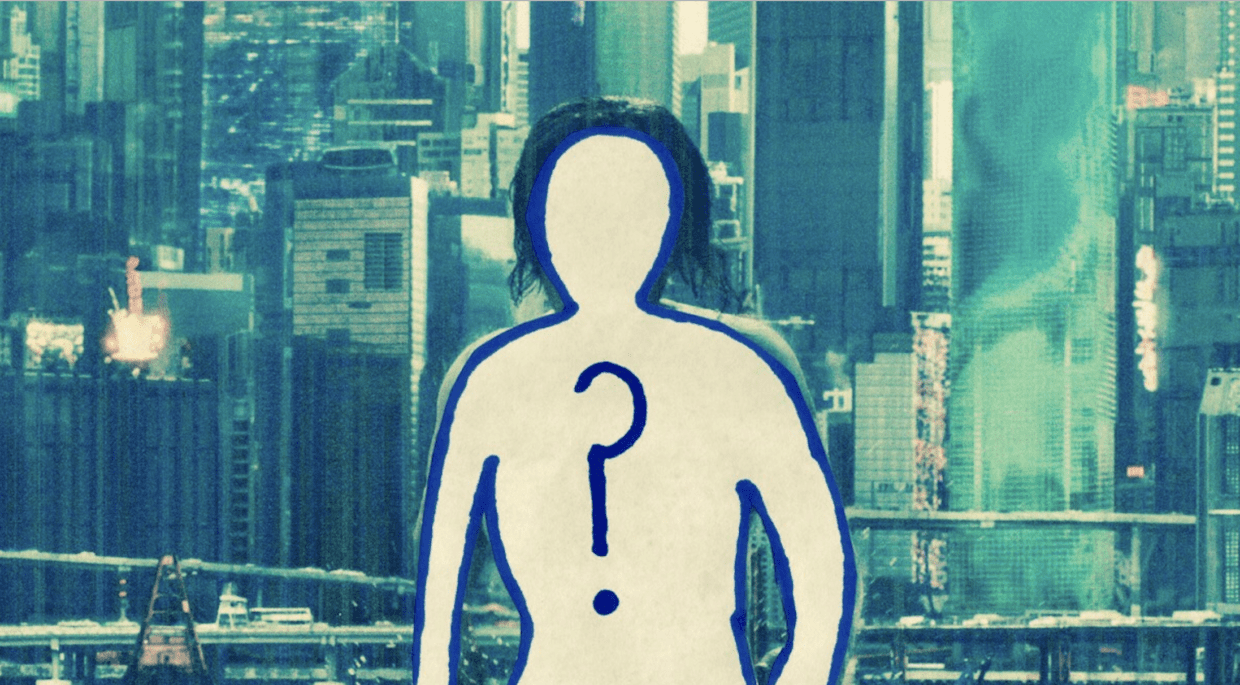 “Ghost in the Shell” Latest to Haunt Hollywood’s Whitewashing Past

Based on the Japanese manga of the same name, the 2017 live action movie for “Ghost in the Shell” has been making waves since the lead actress was announced last year. Playing Major Motoko Kusanagi, Scarlett Johansson is one of the newest additions to Hollywood’s long list of Caucasian actors cast to play Asian characters.

A combination of storylines from the original manga and subsequent anime, the film takes place in a futuristic world in which terrorists have the ability to hack people’s minds. Along with a team of cyber-enhanced humans, Major (Johansson) searches for a powerful hacker named Kuze (Michael Pitt). Supposedly the first of her kind, Major is a cyborg whose human brain (her “ghost”), was transferred to a robotic shell.

The film changed the protagonist’s name from the manga’s Major Motoko Kusanagi to Mira Killian, or simply Major. Straying from the source material, Major believes she was a refugee whose body was killed in an accident for the majority of the film. It is not until the end, when Major reunites with her mother, that she realizes she is Japanese. 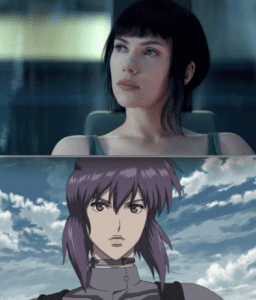 The implications of Major’s cyborg body being a different race from her original human form pose perhaps the biggest problem with the film’s casting. Given that Major’s body is essentially a “raceless shell,” many have argued that Johansson is not exactly playing a Japanese character. Yet, instead of having an actual robot play the role, the character must be played by an actress of some race. Caucasian actor Michael Pitt also plays a cyborg, establishing a pattern of Japanese brains in Caucasian bodies. The fact that white is the “default” race, rather than the characters’ original race, is troubling.

The premise also begs the question of whether or not the ties between one’s race and one’s identity can be ignored by simply changing outward appearances. Ben Chang, M-A freshman and a member of the Asian Cultures Club, thinks identity and race are intertwined. “I think a lot of a character’s identity is changed when their race is changed because if you’re Asian, you probably grew up in an Asian community. That kind of community shapes who you are.” 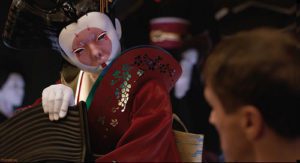 The rest of the cast also boasts few Asian actors and actresses. Aside from Chin Han and Takeshi Kitano, no Asian actors are given speaking parts in the film, which takes place in Japan. However, the number of Asian extras emphasizes the point that Hollywood has been making for decades: there is only room for Asians to be on the sidelines, even in their own stories. Exemplified by mindless robot servants that look like geishas, both Japan’s culture and its people are portrayed as nothing more than convenient scenery.

Some argue that “Ghost in the Shell” needed an A-list actress to assure that it would make enough money, given the film’s special effects-heavy premise. In its opening weekend, the film only made an estimated $19 million, largely due to public outcry over Johansson’s casting. Given that a film with a diverse cast is often a selling point to today’s public, it’s hard to believe that casting a Japanese actress to play an originally Japanese character would cause a film to lose money. The argument also begs the question of why Hollywood has so few Asian actresses who would be classified as “A-list.”

Of course, “Ghost in the Shell” is simply another addition to Hollywood’s long list of whitewashed films. From Emma Stone in “Aloha” to Matt Damon in “The Great Wall,” this tradition can have an immense impact on Asian Americans.

The inability to identify with actors on the screen discourages Asian Americans from aspiring to work in the film industry, but that is not where its impact ends. In an industry where Asians are most often cast as extras or throwaway villains, the lack of representation leads Asian Americans to believe that there is no room for Asians to be the hero. Being half-Chinese, I often struggled while growing up to reconcile how being Asian fit into my life in America, exacerbated by the lack of any significant representation in television or film.

In a country filled with so many different races and ethnicities, casting Caucasian actors in Asian roles tells us there’s room in American culture for our stories, but not for us as people.

It is not enough to shrug it off and argue that Hollywood casting isn’t as bad as it used to be. In a world where we are increasingly shaped by the faces we see on our screens, adequate representation affects children’s ability to dream and feel comfortable in their own skin. It’s time we let Asians star in their own stories because everyone should feel like they have a place in their country’s culture.