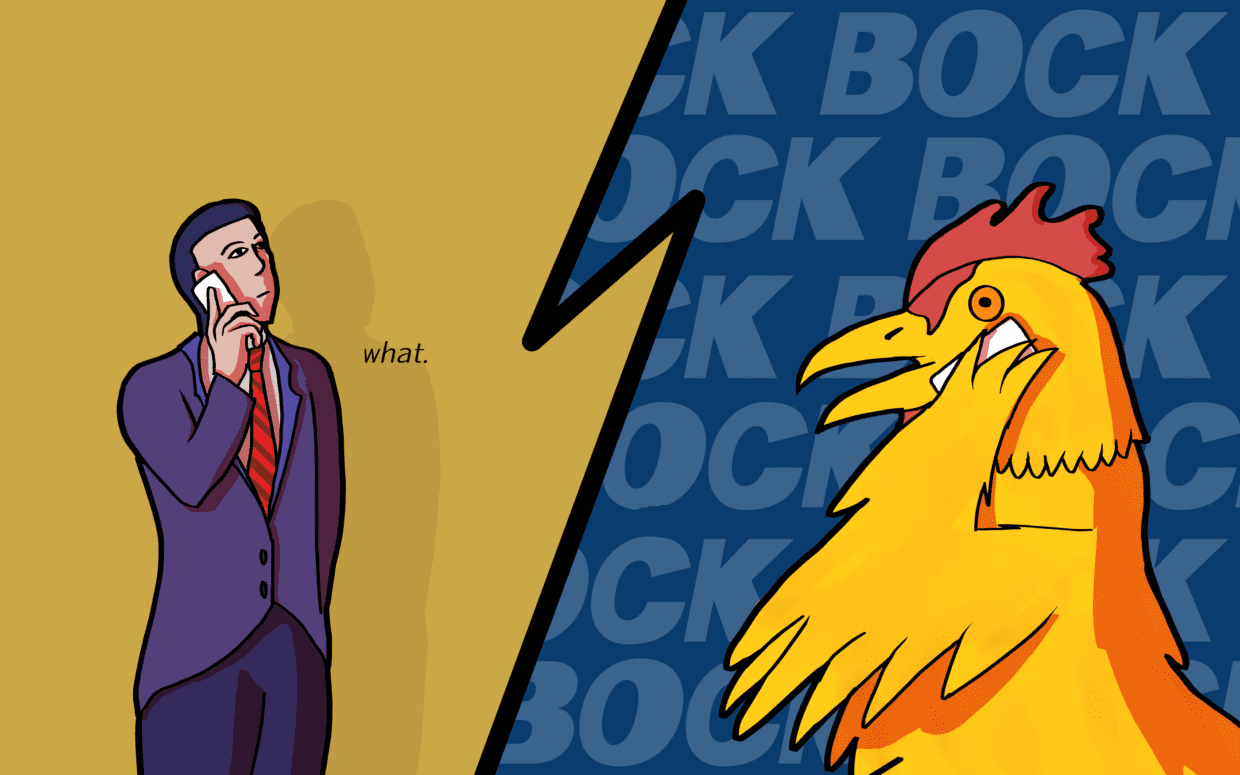 Starting Wednesday, September 1st, Mueller saw a “notable increase in calls” compared to what he usually receives, as dozens of people gave their shot at chicken imitations. After a few calls, he started telling the chicken impressionists that he was a city council member and would report the calls to the police for harassment. One caller then told him about the flyers around school and sent him a picture of one of the papers. When he realized it was a high school prank, Mueller decided not to report the calls but contacted the school instead, and was told that the papers would be taken down. Since then, he says, the calls have decreased significantly, though some papers can still be found around campus.

Mueller explained, “Now that I understand what was going on, to the people who did it, I’d say, ‘no harm, no foul, but please don’t do it again.’”

The dozens of calls were quite the nuisance. “While I realized people were trying to have fun, pranks like these are coming at the expense of the person on the other end. I want to be available to my family, and I have professional work I do with my phone.”

He asked students who participated to be conscious of the potential impact of these kinds of pranks. He said, “I’m an elected official, and to some extent, I’m used to criticism and things like this. But imagine if I had been someone who was in a tough place in my life… Callers could easily have been putting themselves into a circumstance where they were hurting someone. You don’t know the impact that you may be having on a person whom you don’t know and who isn’t identified.”

Students who participated didn’t think their calls would be disruptive or harmful, and many assumed the phone number belonged to a student. Junior Sophie LeVasseur explained, “In my head, there were two possibilities: First, the students at M-A are kind of weird, so I could totally see someone at M-A making a chicken competition. Or, secondly, I thought maybe someone was pranking their friend. I didn’t think someone would put Mueller’s number on there.” Had she known who the number belonged to, LeVasseur said she would not have called.

As for why the papers were put up, LeVasseur said, “I think either someone had some political disagreements or personal issues with Mueller and decided to prank him, or they just thought he’d be a funny victim.”

It’s unclear who put up the flyers, or whether it was meant as an indirect political statement or as nothing more than a joke. Regardless, Mueller encouraged students to engage with political figures, but to do so maturely: “If you’re going to do something like this where you have so many people calling an elected official, have a cause; don’t waste time on nonsense. I would have welcomed a hundred calls with high school students if it was on an issue they’re passionate about.”

Despite all the inconvenience, Mueller is clucking along. “I’m trying to have a sense of humor about it now, because there’s nothing I can do about it… Now, candidly, when I get one of these calls, I just cluck back at them.”

Still, unfortunately, no one is getting $25.

Click here to hear LeVasseur’s reenactment of her chicken impression: if you think it’s well done, feel free to send her $25!