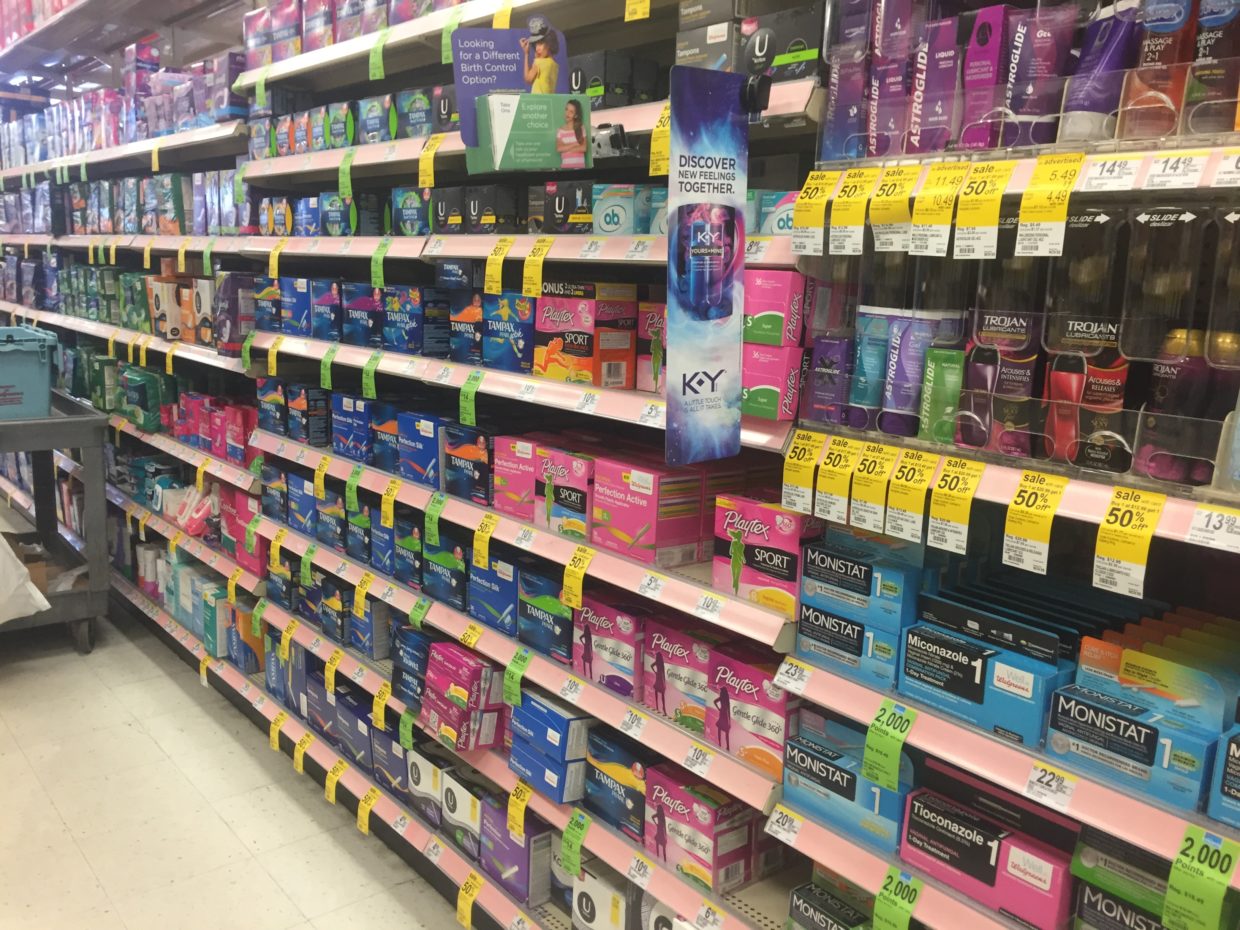 For Women, Gov. Brown’s Veto of Menstruation Products is a Setback

California state and local governments currently collect over $20 million in sales tax annually by taxing menstruation products including tampons and feminine pads. California exempts “medical products” such as Viagra and birth control, but, despite repeated attempts, refuses to include menstruation products in this definition. Since only women menstruate, by definition, the tax only applies to them. And for women on a tight monthly budget, these amounts add up; on average most women spend approximately $7 per month on these items, adding up to roughly $3,000 in their lifetime.

Harper Wood, a senior, believes the tax should be removed, saying, “People with vaginas are gonna keep bleeding until they’re in their fifties and the fact that I have to spend around $10 dollars a month for twelve months a year for forty years just so that people aren’t confronted with the fact that I menstruate is pretty whacked.”

In January of this year, Assemblymember Cristina Garcia (D-58th District) and Assemblymember Ling Ling Chang (R-55th District) introduced Assembly Bill 1561, which would eliminate the sales tax on menstrual products like tampons, menstrual sponges, and menstrual cups. When Garcia announced the bill, she stated, “We are being taxed for being women… this [repeal] is a step in the right direction to fix this gender injustice. Women have no choice but to buy these products…. You can’t just ignore your period, it’s not like you can just ignore the constant flow.” Garcia did not initially plan to introduce the legislation at the state level, but after many meetings with women in her district, she decided that the issue must be made clear to those in charge of passing laws.

Assembly Bill 1561 would ban state and local taxes on menstrual products but would reimburse cities and counties with other funds for the revenue they would give up. Although the bipartisan bill passed through the California Senate and Assembly unanimously, Governor Jerry Brown vetoed the bill, as he did not believe the tax harmed women enough to take away the tax dollars gained. While the legislation has been introduced in California, there is still a long way to go to convince the men in power that this tax harms the women they represent and to get the bill passed. 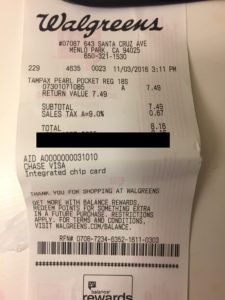 For some women, taxes on products add up over time.

Despite the rejection of Assembly Bill 1561, the fight for women’s rights continues, with several government entities supporting the removal of the tax. California residents Nicolle Disimone and Stacy Stobo are fighting the menstruation tax themselves, by filing a case against the State of California, the State Board of Equalization (taxing authorities), and Governor Brown. The pair claims that tampons and sanitary napkins are medical necessities and not luxuries, as current law states. Disimone and Stobo are citing the Equal Protection provisions of the 14th Amendment in their argument since the tax only affects women.

The U.S Food and Drug Administration agrees with Disimone and Stobo, as the agency defines feminine hygiene products as medical devices. The California Board of State and Community Corrections also agrees with Disimone and Stobo, which recognizes that these products need to be provided to incarcerated women, though the prison can decide how many products to hand out to each prisoner per month.

While assembly member Garcia faced a setback when her bill was vetoed, she is not letting that stop her. As stated in her editorial, she will now fight to implement a “snack” tax, which will help make up for revenue lost by eliminating the sales tax on menstruation products, should her bill ever pass.