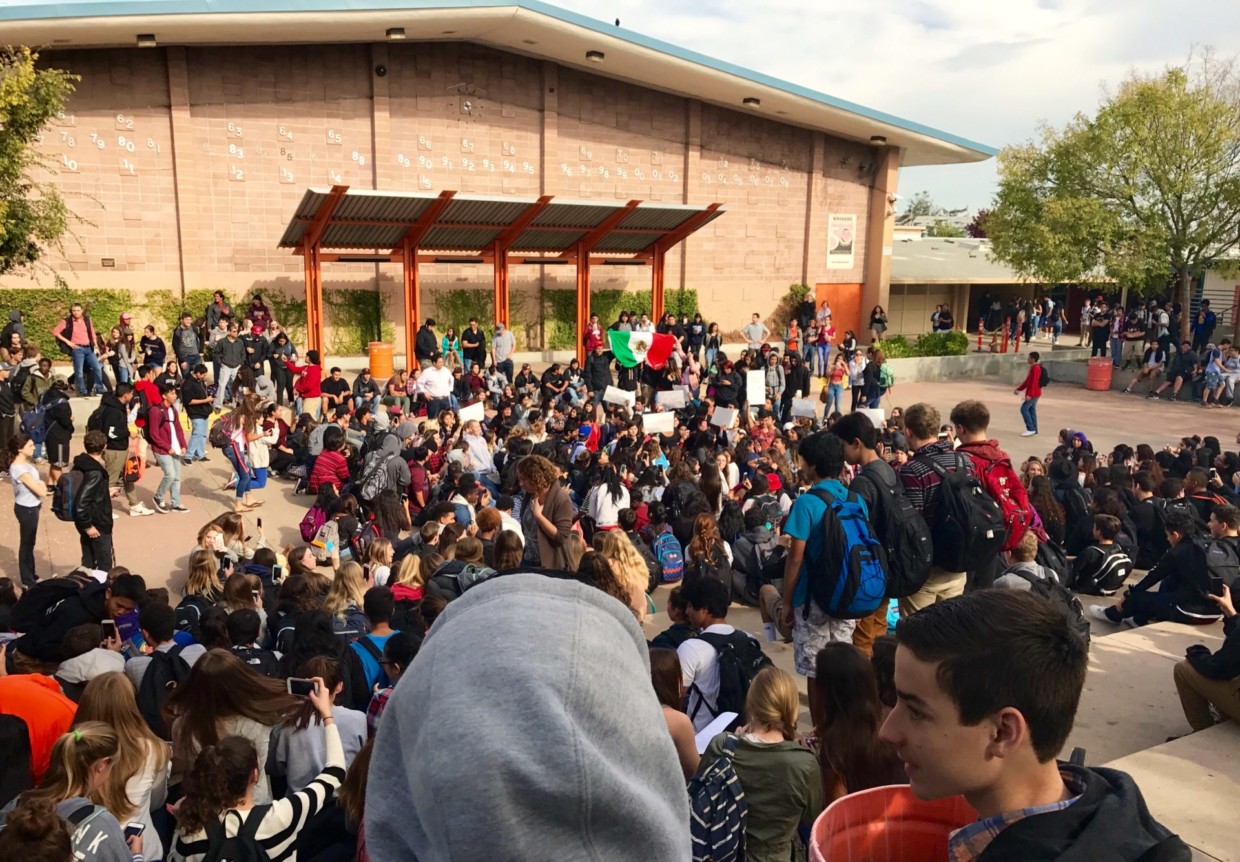 The results of the presidential election on Tuesday night were a major shock for Americans around the country, who expressed both excitement and extreme fear. Anti-Trump protests broke out in several major cities, including Chicago, New York, Los Angeles, Oakland, and San Francisco.

On Thursday, nearby Woodside High School experienced its own unrest, sparked by the election results and a related racial incident occurring between several students.

The conflict began on Tuesday night when a hate-filled comment towards Mexicans appeared on a post celebrating Mr. Trump’s win. A second student posted shortly after, seemingly showing her support of the previous comment.

The next day, news of the online comments spread rapidly and one of the students, identified as sophomore Jade Armenio, was physically attacked.

Tensions continued to escalate into Thursday after a statement from the superintendent indicated the assaulting student was punished but did not elaborate any consequences for the other students involved.

We have put together a detailed timeline of the events below, including images of the online comments, now deleted, and the fight. 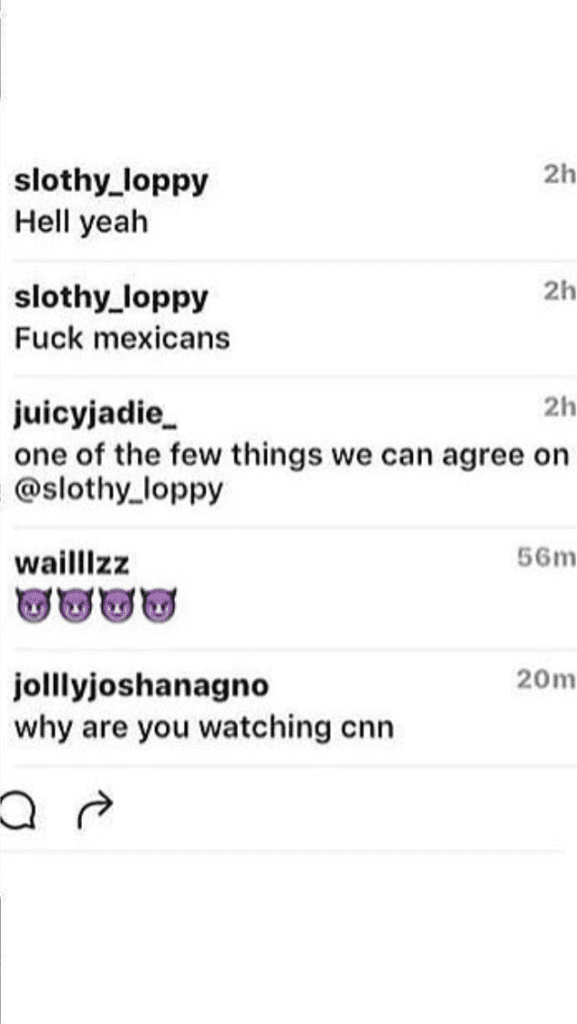 Tuesday, November 8:
The night of the election, Armenio posted a photo on her private Instagram account expressing her support for Trump. On the photo, showing a CNN confirmation of a Trump win, one of her followers commented, “Hell yeah” and “F*** mexicans,” to which Armenio replied, “one of the few things we can agree on.”

A fight broke out in Woodside’s A-wing quad at 12:23 p.m. between Armenio and another female student, also a sophomore. The student, identified as Maliyah by KRON4 News, proceeded to throw Armenio to the ground, pulling her hair and repeatedly hitting her face and upper body. The attack, which lasted for 15 seconds, left Armenio with bruises and cuts, and she was taken to a local hospital by her family.

Watch footage of the fight here:

The conversation in the video is transcribed below:

Around 10:35 a.m, students began protesting in the quad, holding signs about Trump and Armenio, as well as pushing one another. “I saw tons of people chanting in a crowd…I stood there with friends and was just watching and seeing what was going on,” recalled an anonymous student. Large numbers of students joined in and refused to go to class after lunch. At first, angry protesters used explicit remarks to voice their frustrations, but principal Burbank reminded students that protests needed to be peaceful. “It seemed as if the teachers and staff didn’t mind as long as it was peaceful,” another student stated.

For the next two-and-a-half hours, Woodside held a microphone discussion where students, teachers, and administrators took the stage to discuss their feelings and reactions to the events of the last 48 hours as well as racism and sexism. “It feels good that, as a school, we all know we are one community,” an anonymous student reflected. 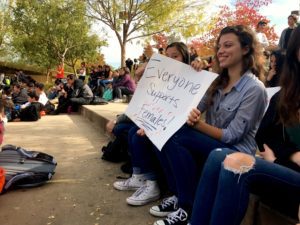 Students peacefully protested against the hateful rhetoric of the election and by some students.

The emotional discussion, which addressed the school fight, on-campus tensions and the election results, ended before sixth-period. However, many students still affected by the emotional intensity of the conversation left school unexcused before the day was over.

In an interview with ABC News, Armenio claimed that she was attacked for being a Trump supporter. Several witnesses of the incident itself disagree, saying that it was her comments and her support of hate speech that prompted the attack, not her support of the Republican candidate.

Student protestors said that the riots were sparked mainly because Armenio purposely withheld information about the meaning of her comments on Instagram in interviews with news sources. They felt that the school and the media had unfairly targeted the perpetrator when, as they saw it, she was simply trying to stand up for a minority group. On KRON4 news, however, Armenio stated that her comment of “agreement” was addressing slothy_loppy’s “hell yeah”, not his comment “f*** mexicans.” Thus, part of this incident still remains unclear.

Students at Woodside High School have reacted mostly with support for the perpetrator, who is currently suspended from school. However, there are some standing by Armenio, whose parents have kept her home for the past few days and are considering transferring her to another school, out of fear for her safety.

These incidents have brought to light major social tensions that have intensified as a result of the presidential election results. While the lunchtime assembly safely and peacefully addressed these issues, an anonymous student agrees that “there will still be a lot of talk about it” in the weeks to come.