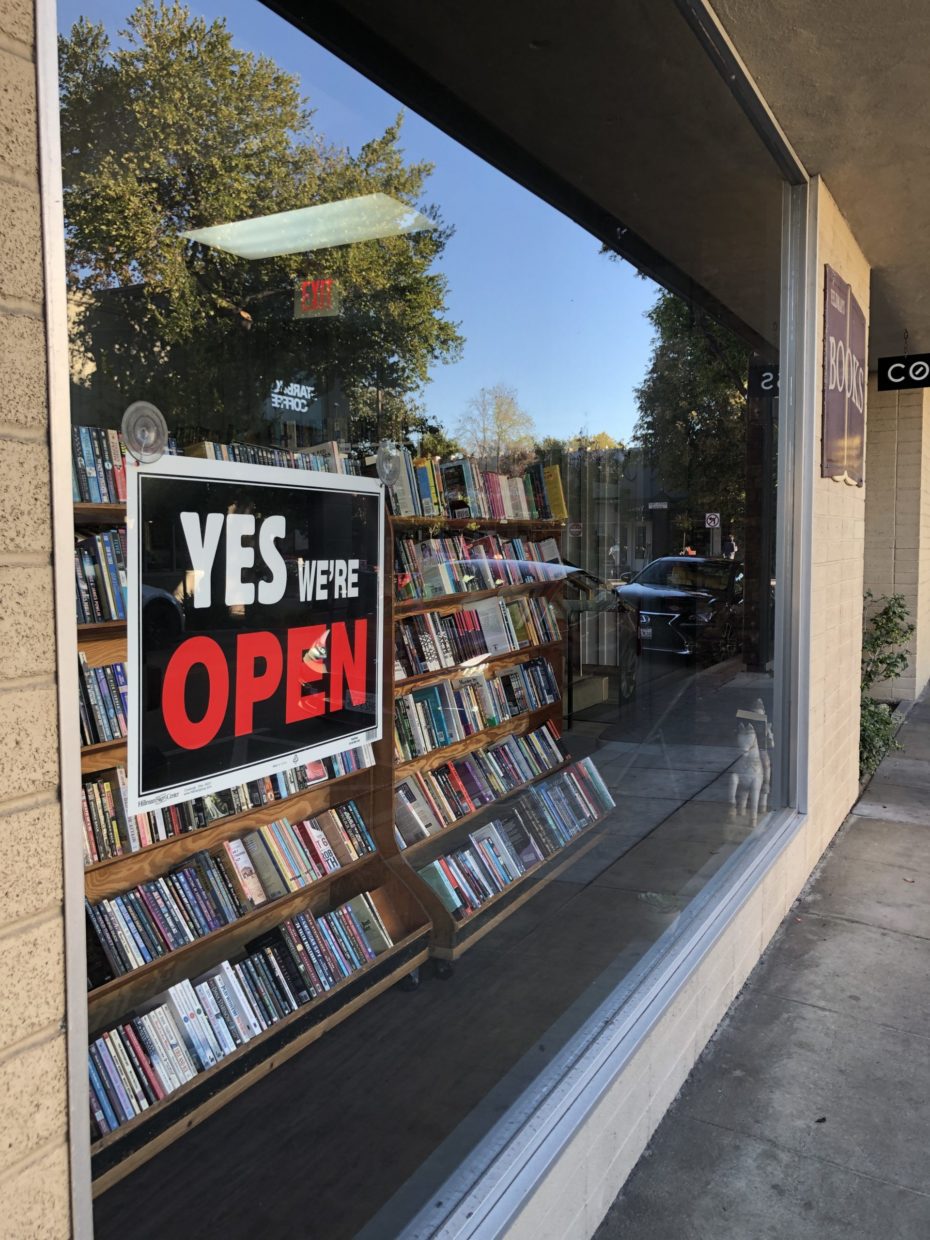 Written and photographed by Maia Goel

In a cozy used bookstore located in downtown Menlo Park, a maze of bookshelves tower over customers as they browse an extensive selection of fiction, religion, World War II history, and more. The sound of a piano floats from the front of the store, where a customer has sat down and begun to play.

Like most other businesses, the store was forced to close during the pandemic. Owner Jack Feldman said the pandemic gave him a “five-month vacation” and “lots of energy” when he decided to reopen in September 2020. He said that when the shop opened again, people were “hungry for books, especially with nothing to do except sit around all day, you can’t even go out in public […] business was pretty good.”

Over the past few years, there has been a fight to keep Feldman’s in its historic El Camino Real location. However, the Menlo Park Planning Commission voted in February 2021 to replace the building and the store was forced to move. It now has a more downtown address at 1075 Curtis Street, across from the Starbucks in Menlo Park. The building that previously housed the store will be replaced by a three-story, nine-apartment building.

There were upsides to moving. Jack explained that the new address is “a lot easier to get to. It’s like moving to a different city and something that I never knew before even though I was only three blocks away…since I’ve moved here, there’s a lot more foot traffic, I would say it’s doubled.”

Furthermore, “moving to a new location was quite an interesting opportunity to figure out what I wanted to do and which books I wanted to keep. So I got to sort of reinvent myself and just sort of bring the books that I really want to try to share with people.” Jack curates the books himself and got rid of about a third of the books when the store moved.

He explained that he’s pretty selective about what he stocks: “People are pretty demanding here in Menlo Park. They really want high quality books.” Jack tends to prefer literature over fiction, and he includes almost anything to do with history, including large Civil War, medieval, and other history sections. There are also extensive science fiction, mystery, and older, leather-bound book collections.

Jack explained that “[new and used bookstores] are two different animals. Used books are pretty random, but as a new bookstore you order certain ones [books] off of a certain list, like the bestseller. So we have to sort of guess what people are interested in. We have to think long term. Books might be sitting on the shelves for years.”

At the front of the store, there are stacks and bags of books all brought in by people in the community. Jack explained that this is mostly how he gets new books. “I offer to buy them, but sometimes they just want to give them to me. They want to keep the books moving, like a river of books as it were…Some I’m keeping and some I’m passing on.” He also gets books from library and estate sales.

I had a great time exploring and getting lost in the bookshelves with my friend, and left with a book about Atlantis from the 1970s. What will you find?