With the advent of the internet, it has become easier than ever to find people who agree with you. Websites spring up to allow people to talk with those who share similar hobbies, interests, and views. Other people start discussions for the sole purpose of contradicting those who disagree with them. People do not be contrarian just for the sake of disagreeing, but I think there is some value to being exposed to people with different opinions.

Bernie Singles, a new dating website made only for Bernie Sanders supporters, is a perfect example of an echo chamber, a place where everyone believes the same thing, and they all hear other people believing in the same thing. This reinforces their belief, not because it is more true, but because more people agree with them. On this website, people who support Bernie Sanders can live another portion of their life without running into anyone who disagrees with them. That’s not a good thing— it stifles intelligent discourse about the other candidates. I’m not saying that people should never be around people who agree with them, but I think that the current trend towards always being around people who agree with you is a bad idea. People who support a given candidate, for example, those on the Bernie Singles website, are surrounding themselves with other people who agree with them entirely. Instead of having friends with differing opinions, people who you can talk with about issues you disagree about, websites like these serve as echo chambers. If you talk with a group that supports a candidate on a website like this, and bring up a dissenting idea, even a valid critique of a policy, people will dismiss you out of hand.

But the echo chamber effect doesn’t just happen with dating sites. Google is a wonderful search engine, that has a lot of great features. One of these features is personalized searches. Google tries its hardest to only show you the things that you want to see, from advertising that targets you, to tailoring your search results to websites related to ones you’ve visited before. While that’s a great thing when you’re trying to find a link you’ve seen before, or products you actually want when you are shopping online, search personalization has some downsides. When you are trying to learn more about something, Google will only give you websites of people who agree with you. Eric Schmidt, former CEO of Google and current Executive Chairman of Alphabet Inc., said that the new technology is “so good it will be very hard for people to watch or consume something that has not in some sense been tailored for them.” For example, Google will show you results based on whether your Google+ friends have liked the pages. This leads to cultural isolation, where your perception of other people on the internet is skewed by Google’s filters and you believe that a majority of people agree with you.

In a world with freedom of speech, where people see people who disagree with them, there is a free market of ideas. This is an idea that dates back to before America was founded. People have always given weight to the idea of a free marketplace of ideas, a world where people with different ideas clash, and the truth prevails. Thomas Jefferson claimed that it is safe for people to have “error of opinion…where reason is left to combat it.” This was the prevailing idea in America at the time, and so freedom of speech was granted. When two conflicting ideas collide, people will discuss them, and the false claim will be disproven. But with the cultural air gap between online communities, people are less and less able to revisit their beliefs. When it is easier to be surrounded by people who agree with you, and not have to change your mind, people will choose the easy path over the path where they might have to question their views.

People should be more willing to challenge and inspect their beliefs and more flexible in light of opposing opinions. In the current social climate of America, there is a constant belittlement of people who disagree with you. Political parties demonize other parties just because they disagree. Instead of critiquing people’s beliefs based on their content, they assume that the other person is a fundamentally bad person solely because they disagree.

In Sunday’s Democratic Debate, Senator Bernie Sanders was accused, not of making an incorrect decision about the Import-Export Bank, but of siding with the Republicans. Accusing someone of siding with ‘the enemy,’ especially when their choice might have just been a legitimate policy decision, is entirely the wrong way to argue. Villianizing people you disagree with doesn’t help anyone, breaking down why you think their ideas are wrong does. That way, not only are people able to have civil disagreements, but you also have a much better chance of convincing the other people that you’re right and they’re wrong. Ultimately, arguing a point should serve as a method for strengthening and clarifying understanding. 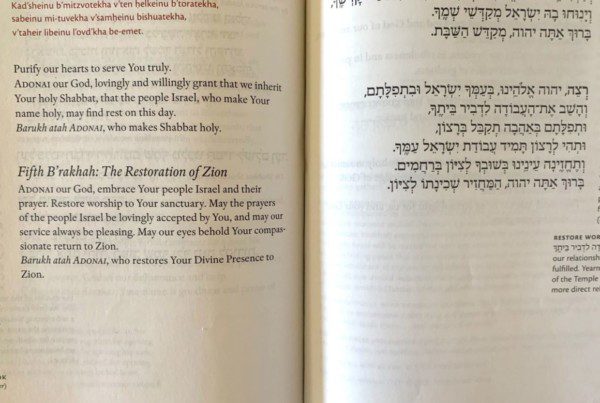