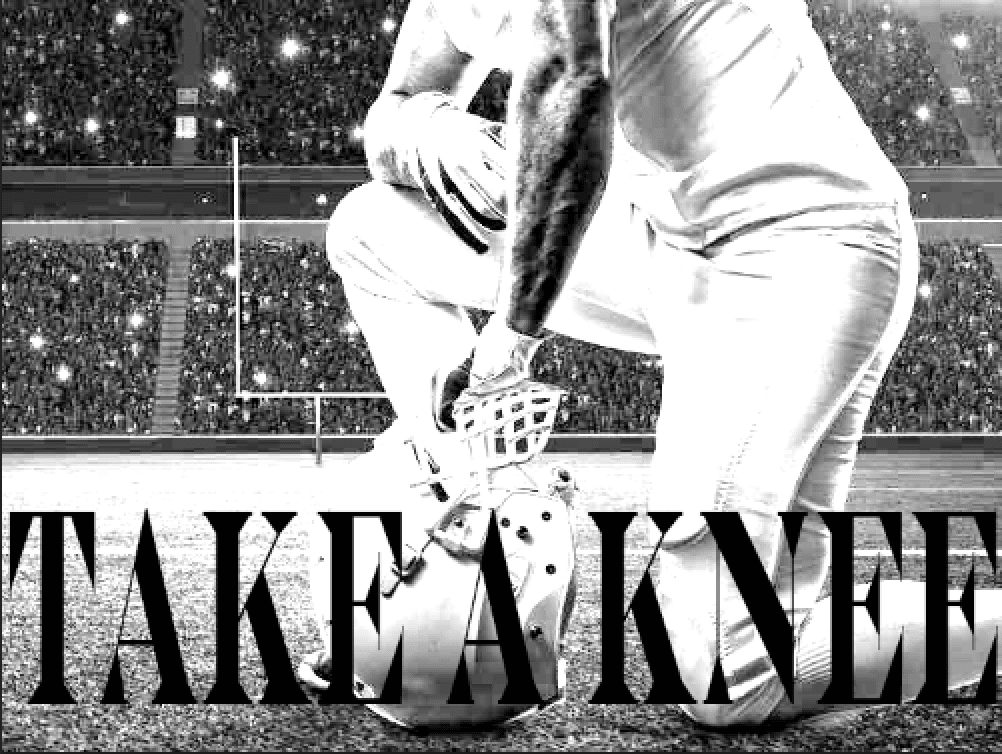 Editorial: Bears should take a knee

Friday is the Bears’ biggest game of the season. Not only is it M-A’s homecoming game against rivals Sacred Heart Prep, but it provides the Bears a chance to send a powerful message about racial injustice in America.

The Bears have an invaluable opportunity this Friday to demonstrate their support for the continuing struggle against racial oppression by following in the footsteps of the NFL and taking a knee on Coach Parks Field during the National Anthem. Contrary to rumors, Coach Adhir Ravipati does not have a policy against players taking a knee, and such expression is protected under the First Amendment, even at school.

It is not enough to quietly be in favor of racial equality. The message sent by these protests is important, and this Friday, the players have the chance to make their voices heard both individually and as a team.

Over the past two weeks, players throughout the NFL have protested racial injustice by kneeling, locking arms, or even choosing not to leave the locker room during the National Anthem. Protests against police brutality were initiated by 49ers quarterback Colin Kaepernick, however, comments made by President Donald Trump at a campaign rally appeared to provoke NFL players, owners, and executives league-wide to take a stand against still-existing traditions of racism by using their public platform to send a message of equality and unity against racial injustice.

After Trump’s statements, there was a spike in the number of protests, making it unclear if these protests were about freedom of expression or racial injustice specifically. Let it be clear that the protests are a form of free speech, but should be directed at the racial injustices our country faces.

Some, like Trump, see the anthem protests as blatant disrespect for American values and suggest that NFL owners fire those who “disrespect our flag.” On the contrary, kneeling highlights the ways that our country falls short in the application of the flag’s principles. Players should not stand for the anthem until liberty and equality stand for all citizens.

To those who believe that sports and politics should remain separate, we remind them that these protests are intentionally inconvenient. People’s lives should be prioritized over entertainment, especially considering that these protests do not disrupt the game itself. Because of the amount of attention the homecoming game will garner, the football field is the perfect place for civil disobedience.

The M-A Football Team’s protests may not have nationwide impacts on the movement for racial justice. However, taking a knee will send a message to the fans and members of the community about the kind of school M-A is: a school that supports its students, many of whom will experience racial injustice for their entire lives. Taking a knee will show classmates, friends, and other onlookers that the Bears are willing to stand up for racial justice and that the importance of this message transcends sports.