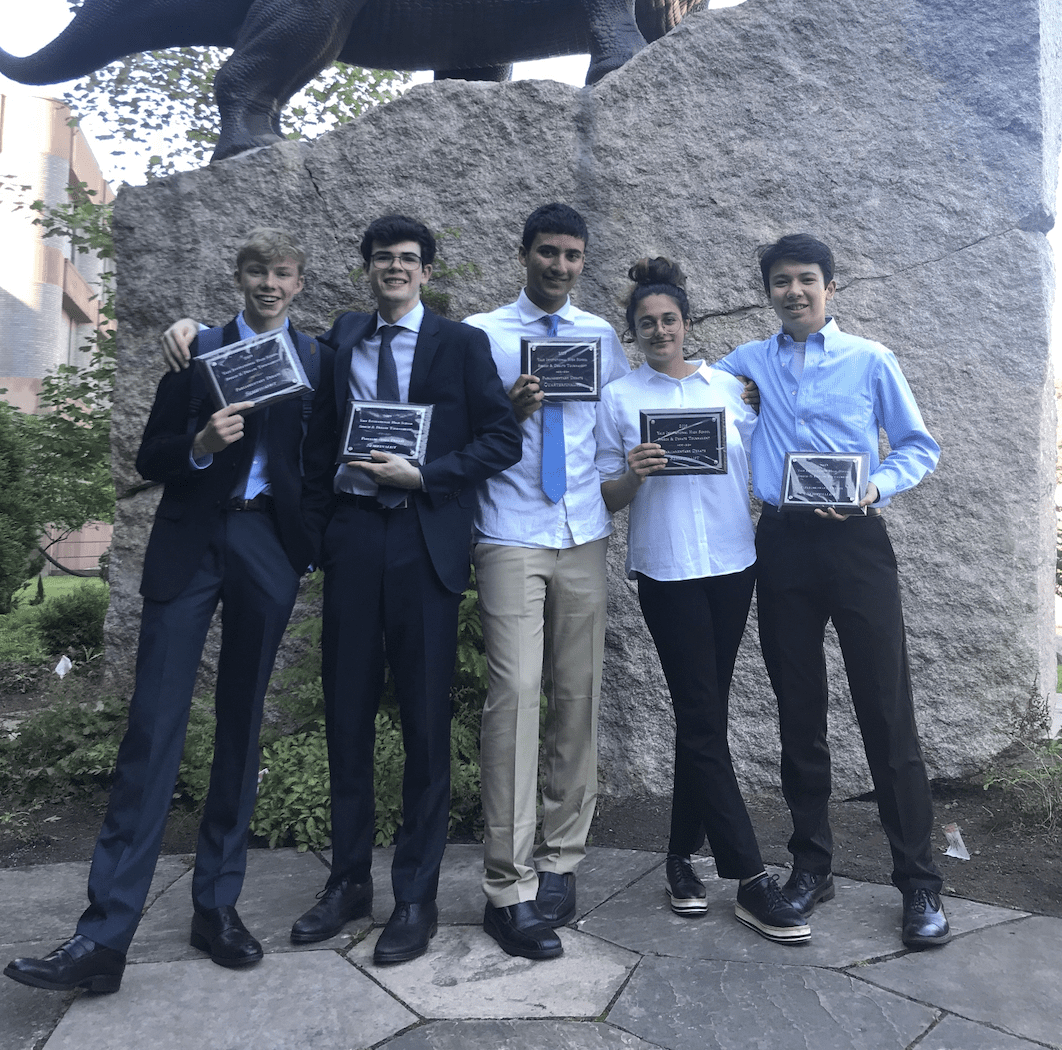 The M-A Debate Team has moved online, along with most other clubs and sports this year, holding practices and debates online over video calls, which members of the debate team said means losing social interaction that made their tournaments lively and exciting.

Debate team captain and senior Alex Waitz, said that “debate can go on pretty close to normal, except everything is online.” Waitz said this online schedule includes practices, tournaments, and any pre-debate prep that might occur before competitions. He also said that the online aspect of debate now means “it’s a lot more flexible” when it comes to scheduling practice rounds and attending tournaments.

One of the largest differences that Waitz and other debate team members pointed out was the lack of social interaction with other students during tournaments. Waitz said that “a lot of times the in-person tournaments will have long waits in between the rounds […] so you get to spend long durations of time just kind of lounging around the campus waiting for your next round to happen.”

“I think it’s less exciting,” Waitz added, explaining that at in-person tournaments “there’s still this energy about it” because you’re “moving around, bustling around, doing real things with your hands and you’re in a physical space and you’re talking to people in front of you.” He said that he feels that this energy “doesn’t quite translate over online.”

Sophomore Katie Doran also said that one things she’s had trouble getting used to while debating is that “I can’t see my partner and if I want to tell her something to bring up in her speech or to strategize […] it’s a lot harder than just passing notes or whispering to each other.” Doran added that “sometimes the judges will have their videos off and their microphone off the whole round” which she said makes it “harder to engage the judge in the round to make sure they’re paying attention.”

Freshmen Zahara Agarwal said she felt that compared to her past debate experiences outside of M-A, this online version means “it’s definitely harder to ‘vibe-check’” the judges and opponents during a round because “sometimes not everyone has their video on or judges can be kind of distracted.” Despite this being something that is missing in online debate, Agarwal said “to be fair I didn’t do that a lot beforehand either.”

Senior Andrew Fahey, like his teammates, said the “biggest con is [that] debate is not the social event that it used to be.” He explained that the M-A team in previous years “got really close just because of how much time we spent together on the weekends at tournaments,” but that the transition to online debate meant that “a lot of that social dynamic, that’s pretty much been removed.” Fahey said another significant thing he missed was “being on the campuses of the universities and stuff, it was a very fun experience.”

Agarwal explained that in past experiences, “at practice the whole team is there, and at tournaments the whole team is there, you meet a lot of new people, and that doesn’t happen anymore.” Agarwal said that the team uses group chats to communicate but as it is her first year on the M-A team she feels that “you can’t get to know people the same way.”