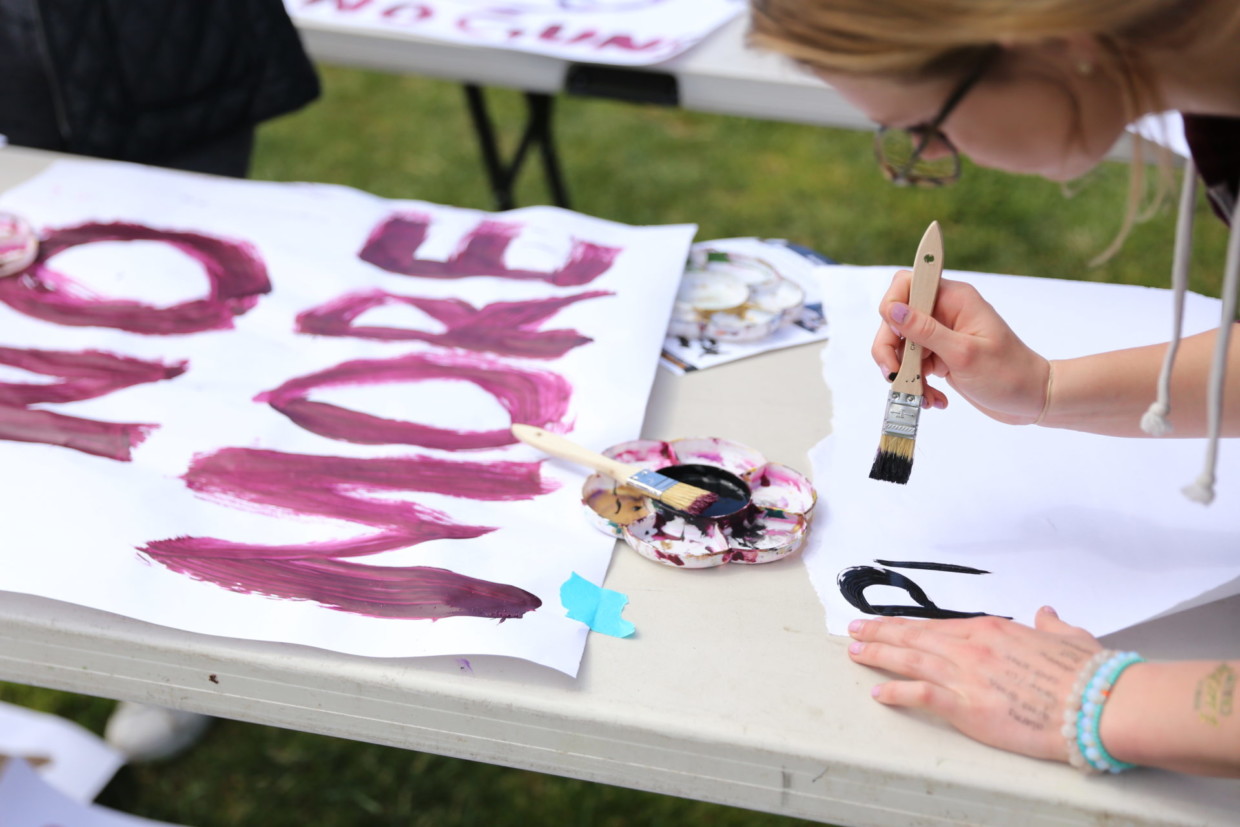 Day one: poster making and letter writing to Congress

To kick off Activism Week, M-A students came together on the Green to create posters for Wednesday’s walkout and write letters to Congress. Holly Newman, along with Bella Montoya, Katherine Steere, and Maria Ornes (Cricket Gorey and Kaile Prosser were also involved), organized the Silicon Valley March for Our Lives Student Coalition, and the events for this week. 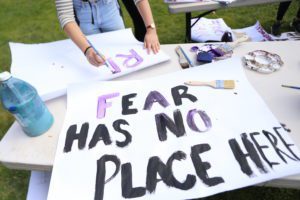 Newman said, “We want to give M-A students a way to participate in the nationwide uprising of young people who are tired of the senseless gun violence that politicians have been unable or unwilling to stop.”

At lunch, students were able to write their own letters to Congress members, or use the template Newman created and simply sign their names. Participants could write to Representatives Eshoo and Speier, Senators Feinstein and Harris, and the California members of the House Judiciary Committee Zoe Lofgren, Karen Bass, Eric Swalwell, Ted Lieu, and Darrell Issa. 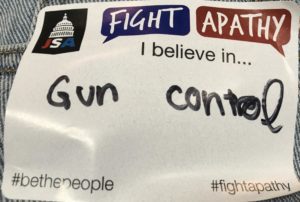 One of the many messages written on stickers for JSA. Credit: Erica Miner / M-A Chronicle.

Steere, co-founder of the Silicon Valley March For Our Lives Student Coalition, said that writing to California representatives and senators will hopefully have the most impact. Steere said, “Although California has stricter gun laws, we are urging our representatives to hear our voices and take a part in the movement.”

The Junior State of America (JSA) also set up a table at lunch for its “Fight Apathy” program. Students took a sticker which said “I Believe,” and then filled in the blank with something they believe in. “The idea is to fight apathy, and get students to care more about politics and current events,” JSA President Mani Seghal said.

Tomorrow, students will participate in a peaceful demonstration on the turf field.