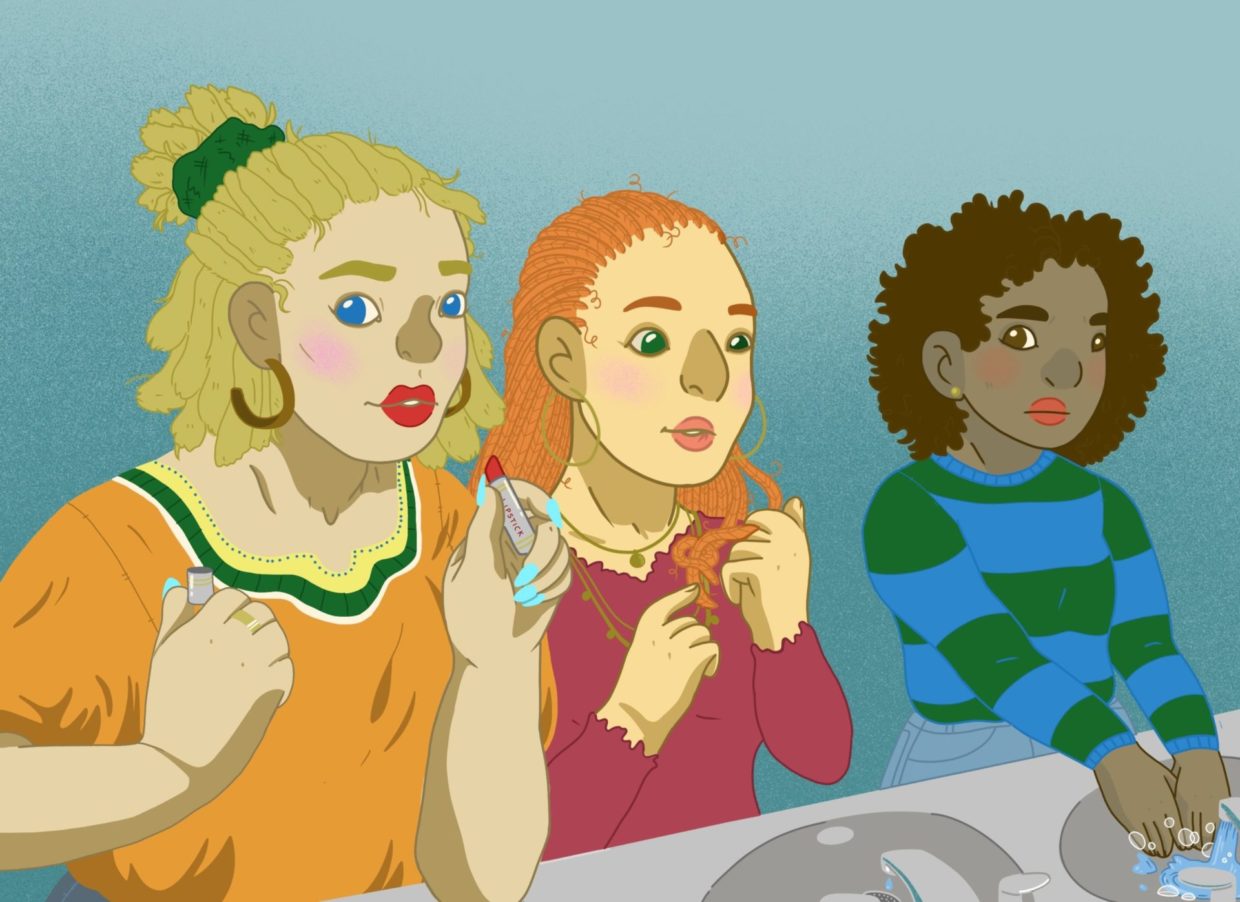 Controversy erupted last school year when a white student manager of the basketball team walked with exaggerated gestures to the front of the student section of a basketball game wearing a durag. Some debated whether the incident was simply an ill-conceived display with no harm intended, or a stereotypical mockery of the African American community. However, many onlookers identified the event as an act of cultural appropriation. While the line between cultural appropriation and appreciation is already blurry, this event has left many wondering, additionally, where to draw the line between coincidental cultural appropriation, and the distasteful and very much intentional mockery of a culture.

Cultural appropriation is the exploitation of a distinct symbol or mannerism of significance within a culture, oftentimes done without acknowledging its historical or cultural significance. It is typically carried out by people of more societal privilege.

Menlo-Atherton’s Black Student Union (BSU) discussed the issue of cultural appropriation in light of the incident. BSU member Maya Gallon expressed that she did not consider the incident to be an appropriation of black culture as she does not find the durag to play a large role in her cultural identity. Gallon said that aside from the incident, “cultural appropriation is getting pretty bad and it’s something that I’ve been seeing a lot.” She defined cultural appropriation as “cherry picking parts of other people’s cultures, changing them to suit themselves better, and not giving the cultures due credit for them.” One distinct instance of this phenomenon that the BSU has discussed is the appropriation of boxer braids, or cornrows, a culturally significant style within black community. Gallon described that they are now “used by white people in fashion,” and that the essential rebranding of the hairstyle, without acknowledgement of its rich cultural significance, is what, for her, distinguishes appropriation from appreciation. She believes that schools should “talk to students about cultural appropriation, and define it, so students know where to draw the line.”

“Students have to feel safe, but we have created an environment at our school with segregation and microaggression happening more often than they should.”

According to Senior Sinan Karadogan, “cultural appropriation is an act of ignorance. It is when someone takes into their identity a false interpretation of a culture, creating a false identity, and potentially devaluing the culture.” While most acts of cultural appropriation are fueled by ignorance, seldom with malicious intent, there is an expectation of research and understanding that goes along with embracing another’s culture, which is what distinguishes harmful appropriation from appreciation. In regard to cultural mockery, those who continue to use aspects from another culture disrespectfully, or in a manner that belittles the culture in question, while being aware of a symbol’s cultural significance, can expect to come under harsh scrutiny. The severity of blatantly racist acts are undercut when labeled cultural appropriation, as the term may imply that such acts were accidental. Valentina Rivera, class of 2020, said, “students have to feel safe, but we have created an environment at our school with microaggressions happening more often than they should.” In order to be able to combat the culture of microaggressions and racism that presents itself in our community and beyond, it is important to recognize the distinction between glaring instances of intentional racism, and the harmful adoption of cultural symbols without due credit.