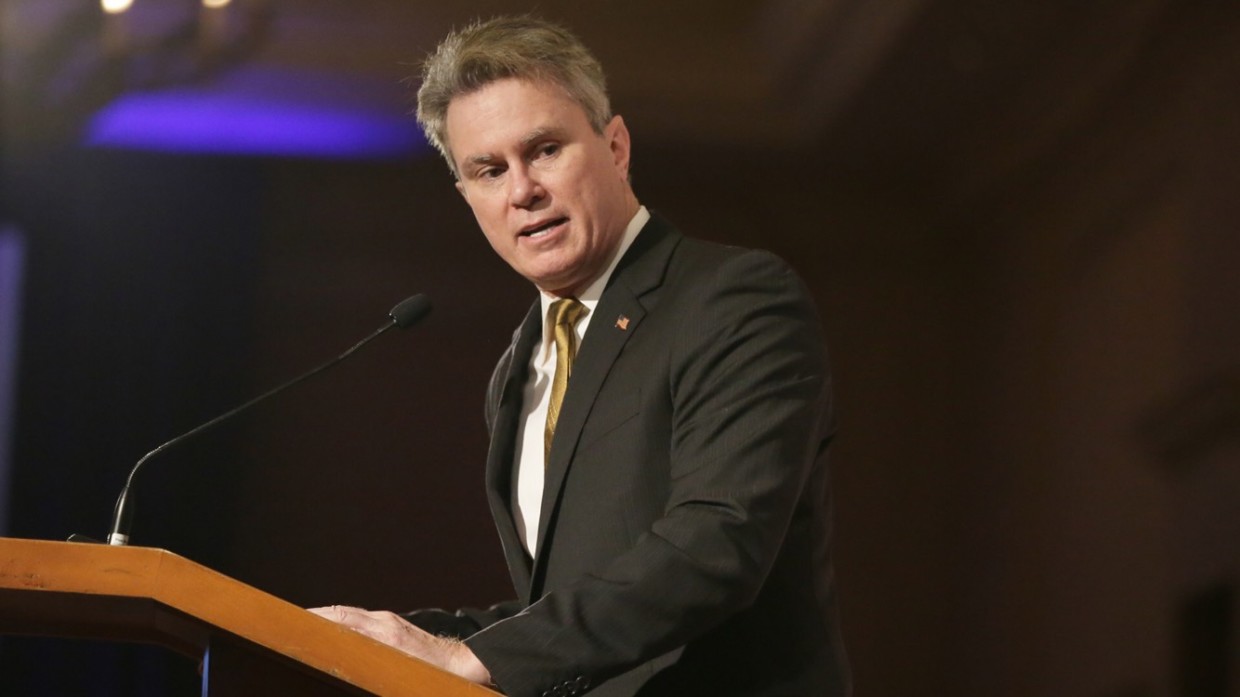 This is Bill Whittle, the self-proclaimed leader of “the common sense resistance.” Whittle makes political videos online and goes to conventions to give speeches on his ideas about politics. Some of his videos have even reached three to four million views. However, Whittle’s views differ drastically from many common beliefs of M-A students and our surrounding community.

Recently, I had an interview with Whittle about his ideals and thoughts on many issues that are facing America in our current political climate. Many of his views are more uncommon in the Bay Area. To many, Whittle may appear rude, or ignorant. However, now more than ever it is imperative to listen to alternative views, challenge existing beliefs, and understand where another side is coming from. I wanted to showcase Whittle’s beliefs on this site to promote discussion, and to bring a diverse set of opinions to the M-A community. Here are Whittle’s thoughts on some issues facing us today: Bill Whittle talks to students after giving a speech.

“Obviously on this spectrum I come out as a kind of conservatarian — conservative on defense, libertarian on most things. [Government] mostly should be left alone … I would say that my entire philosophy is ‘find out what the truth is without any preconceptions, and then go and stand there.’ So, everything I believe, I believe because I’ve seen a lot of evidence for it, and I’ve examined the evidence, I’ve examined counter evidence. Everything that I talk about appears to be true to me, but, if somebody can make a compelling case that I’m wrong, with evidence and facts and everything, I’ll change my mind. I’d rather be right than consistent.”

“You’ll find that the intellectually honest people will say things like ‘hey, you don’t have to believe me, I don’t want you to believe me. Go out and look it up yourself.’ And the people who are not intellectually honest, the ones that have something to fear, are the ones who say, ‘no we can’t have him speaking on campus, he’s a racist or he’s a sexist or homophobe or whatever, we don’t want to listen to him because he’s obviously a bad person.’ Well, if he’s a bad person and if he’s wrong, it should be pretty easy for you to shoot him down, right?”

“When you find people want to shut people up, you find that those people have a philosophy that is so thin and so wrong that they know that they can’t let anybody criticize it because if they do, the whole thing comes down …Well, there’s free speech, but what does that mean? ‘Well, we respect free speech,’ but what does that mean? What it should mean is [that] it’s really true that sticks and stones can break your bones but names can never hurt you. Somebody’s words and thoughts cannot harm you.”

Climate Change and the Environment:

“One of the reasons that I’m suspicious of the global warming crowd is because they make statements like ‘97% of all scientists agree.’ There was a climate conference, you’ve got all of these climatologists there, you’ve got all these people. And they send out a report to the effect of ‘97% of the people said that they saw the report and didn’t object,’ but it turns out that of that number only 36% of them actually read the whole report and of that number only 12% of those actually knew enough to agree, and it’s just a fake number. When you find that they’re faking the evidence, and there are emails of them lying about the evidence, that makes me worried.”

“If they were really 100% confident and right they wouldn’t give us this kind of bullshit because while there may be 100,000 climate scientists out there, and they’re all working on climate models, the problem is that they’re all working off of two different sets of data. So, while you may think “wow there’s 100,000 scientists, that’s really impressive,” there are 100,000 scientists who are taking their information from somebody else. All of the numbers that these people are using come from either NASA or they come from East Anglia. And both of these places — we have emails of them admitting that they fudged the data!”

“The climate has been changing for four and a half billion years, there’s no dispute about that. If you look at where Kansas is today, 65 million years ago that exact spot in the middle of Kansas was under two miles of water because the polar caps had completely melted and the center of Kansas looked like Jurassic Park! And then, in that exact same spot of ground, that exact precise spot that was under two miles of water 65 million years ago, all the water had receded and the carbon dioxide levels had fallen very low. And the one thing we can all agree on is that it wasn’t humans that caused it to go from two miles underwater to back to normal.”

“And this is where I have a problem with all these climate guys. They’ve got everybody convinced now that if you don’t recycle this can, by the time [teenagers] are 35, you’re either going to be on fire or drowning — they haven’t figured out which one first. And it’s just plain not true. That is clearly not true.”

“I’m a feminist to the degree that I’m a humanist. I understand women are coming from a place where they did not have equality and full rights, and if we’re talking about feminism in the 1920’s, and we’re talking about women having the right to vote, and the right to do any job that they’re qualified for, then yes, I’m definitely a feminist in that regard. But that’s not what feminism is today and we all know it.”

“I think that women should be enabled obviously to do any job that they want to do and that if they do the same job as men, they should get paid the same. And that’s pretty much all I think I need to believe in. Other than that it’s your own business. But I don’t think that women are being held down. I don’t think that men get to gather in a secret meeting and decide how they’re going to pay women less.”

Though many members of the M-A community may not agree with some of Whittle’s points, learning about differing opinions is extremely important in our divided nation. Here at the M-A Chronicle, we wanted to highlight a prominent member from a less common political party in this area in order to promote more understanding for different ideas and political views.