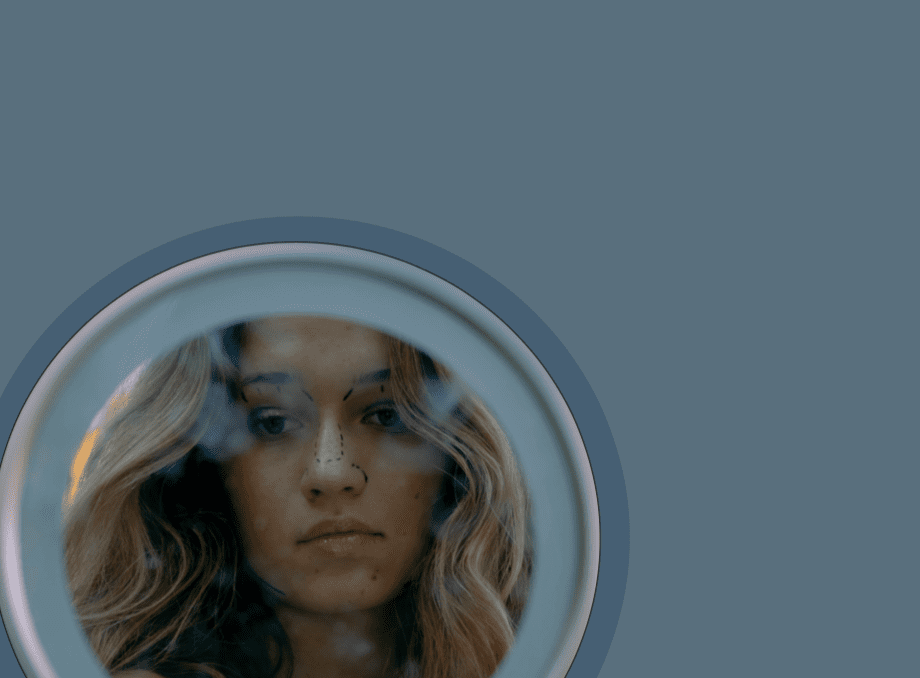 How Has Quarantine Affected Our Body Image?

“I have been more unhappy with my body because I’ve had more time to pick myself apart after seeing a ‘perfect’ body on social media,” said one M-A student.

“I did the Chloe Ting workouts because it felt like if I didn’t do any of the exercise challenges, then I wouldn’t be up to society’s standards,” added freshman Lily Nielson.

Since shelter-in-place orders went into effect last March, teenagers were forced to remain inside, with little to no in-person contact with peers and more time to focus on their appearance.

Quarantine also marked the rise of Chloe Ting workouts, a series of exercise videos that claim to result in “flat abs,” and content that could mislead users maintaining a healthy lifestyle on the video platform, TikTok. “‘Quarantine 15’ became a viral social media trend that portrays weight gain and not being able to keep the expected body standard as the worst thing that can happen to an individual,” said Dr. Sara Gonzalez, a pediatric psychologist at Children’s Minnesota, who discussed the harmful effects of social media on self-image during the pandemic.

As noted, while excessive exposure to this content was harmful to many teens, some students, like junior Callista Mille, were able to explore their image in more positive ways as a result of quarantine-era social media and extra free time.

She said, “Overall my time in quarantine has really helped me realize that I’m awesome and I’m not as insecure about taking pictures of myself or even not wearing makeup outside. Resources like TikTok and Instagram have guided me to find what makes me confident and to form my personal style. I think part of my confidence also came from spending so much time by myself that I was the only thing I focused on, helping me to accept the insecurities I have.” The stay-at-home orders also prompted the cancellation of extracurricular activities and events, which threw off many students’ schedules and confidence.

Junior Cate Whittaker added, “During in-person school I was very confident in my physical appearance and felt a lot better about myself as a whole than I do now. This could have been because I was so busy before lockdown that I didn’t spend as much time thinking about myself as I do now. As a result of my set schedule, I also used to have many more healthy habits and this was evident in my body image and appearance.”

The shift to online school has also prompted excess concerns about body image for some students. Nielson commented, “It almost feels like I am more insecure on Zoom. I don’t want to turn my camera on because I’m worried about what people might think about my room or what I look like.”

In contrast, some students have felt more confident because they are able to turn off their cameras. One student said, “I think it’s pretty difficult to look great over a computer front camera, but you have more control over what people see. It’s nice that even if I have a new pimple, I don’t have to show it during online school, and I can turn my camera off.”

Despite the fact that many students’ perceptions of their own looks have changed during the pandemic, there are also many teens who have not experienced any change. For example, one student said, “I have seen content on TikTok that talks about getting a ‘better body’ and it usually ends up being clickbait, so I find these things pointless and I think they shouldn’t influence someone’s habits.”

While the students at M-A have varying levels of confidence regarding their appearance after quarantine, many have also formed positive coping mechanisms to help them feel more confident.

Mille suggested, “Getting off social media, listening to podcasts and classical music, as well as avoiding mirrors if possible allows me to feel more confident as I am not comparing myself to others or constantly picking at something I hate about myself. Going on walks, doing things that you enjoy that maybe others don’t find as interesting can help you resonate with yourself and allow you to feel comfortable in your skin.”

Junior Tess Statkiewicz added, “I would tell people struggling with body image issues to understand that everybody is different in their own way and that’s what makes people special. Food is fuel and you should nourish your body and yourself.”

Whittaker finally said, “No one is exempt from the hate and negative stereotypes and expectations about body image that are pushed through the media. I think the first step to achieving body confidence is recognizing that you are never alone and knowing that since most people do go through similar things there is always someone you can turn to for support.”