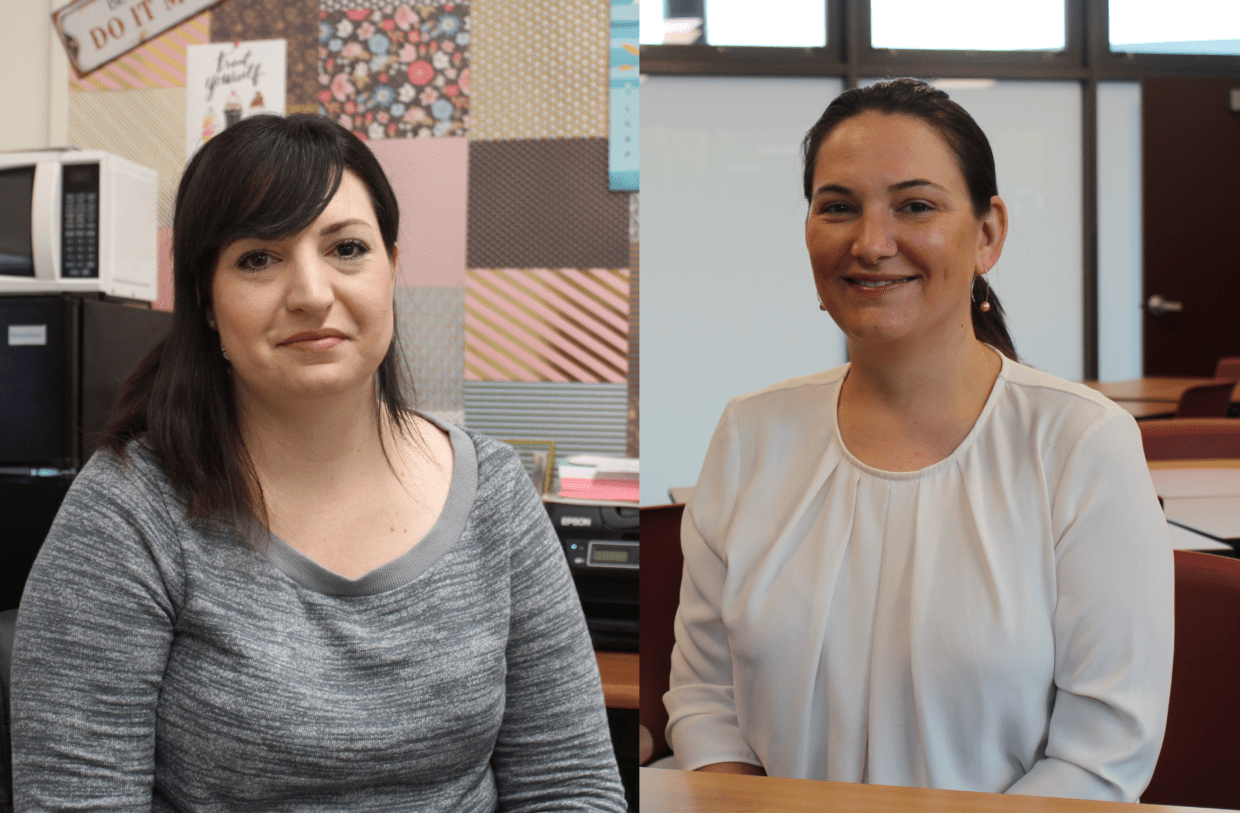 Beginning this year, students in M-A’s Advancement Via Individual Determination (AVID) program will benefit from the life and teaching experiences of two new teachers. Mallory Byrne and Arminda King are both committed to AVID’s mission— to help students traditionally underrepresented in higher education achieve a college degree. Each, in her own way, believes work with AVID to be central to the goals of M-A, particularly in the tense times that our community, nation, and globe face today.

Byrne was raised just miles away in San Mateo, where she attended Aragon High School. While new to M-A, she has been teaching for nine years — from Santa Rosa in the North Bay to El Cerrito and Irvington High Schools in the East Bay, and now in Silicon Valley.

Learning and teaching have been passions for Byrne since high school. There, she learned the importance of teachers as mentors. No one in her family had ever attended college. Byrne herself was not even aware financial aid existed, “ I didn’t even know what FAFSA was,” she explained.

Nonetheless, she persevered and earned her degree at Sonoma State University. Reflecting on her high school experience years later at her desk in room E-21, she expressed her wish that somebody — anybody— had helped her along the way. She promised to do just that for her students.

Her experiences led her to work with the local organization Upward Bound, a program for low-income students who, like Byrne, would be the first in their families to go to college. When she heard about the AVID program six years ago, she knew she wanted to be a part of it so she could offer students the help she wished she had received herself.

It was also at Aragon that Byrne decided she wanted to teach social studies. Her inspiration was a U.S. History teacher, who discussed issues she “had never thought about in terms of racism and inequality.” From then on, Byrne was convinced she had to continue teaching about those topics. “Our country is really good at focusing on the good things that we’ve done, but we’re too scared to talk about the negative aspects of our relationships, especially when it comes to race. I think it’s important to talk about these questions in order to grow,” she explained. 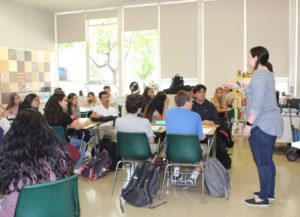 Byrne emphasized how school shouldn’t just be a building for reading books, taking notes, and planning lessons. In her view, high school should be a place that is welcoming for all students, a place where everyone knows they will be respected, “It’s my goal in my classroom to make a safe space for everyone, especially in today’s political climate. I became a teacher so I can provide that space for students to express their own beliefs.”

She also drew connections between the heightened level of polarization at the national political level and our high school community. She underscored the importance of engaging with these tensions through reflection and critical understanding of history. She elaborated, “I don’t want to continue seeing a country so divided. And I think that starts with education. You need to educate young minds and get them to think about these issues because you are the ones that I hope are going to change things for the better.”

After just three days teaching at M-A, Byrne beamed when she began talking about her students. “So many personalities!” she exclaimed. In terms of her goals for them, Byrne hopes they’ll take risks, stay dedicated, and grow from their mistakes. “I’ll know I’m successful when I know they can survive on their own,” she says.

Arminda King has been teaching for fourteen years and has been a math teacher at M-A for the past two. Originally from Louisiana, she, like Byrne, discovered her passion for teaching in high school. King vividly recounted the moment during her senior year when she realized that she wanted to devote her life to leveling the high school experience. “I remember I had a friend who had transferred to my high school from a really low-income area. Hearing him talk about the way his [old] school operated was depressing, it was infuriating, and it was really eye-opening for me.” King explained that the boy wanted to be a physics major, but his school had cut its physics programs. “They made cuts in the foreign language department that prevented kids from receiving the credits needed to get into college. It seemed completely unfair… the difference between his experience and mine was really stark”, she explained.

King explained that teaching and mentoring often boil down to a series of individual moments with individual students.

“I constantly reminded him, ‘You have got to check your email!’” she recalled of a particular high school senior in her mentor group at Everest. The student, well-intentioned but forgetful, never would. She finally decided to sit down with him one day to press him to check it. “It’s really, really important!” she told him.

He logged into the unused account and they huddled near the computer screen, watching intently as he opened his inbox. An email from Sacramento State caught their attention.

He had been accepted.

“I remember just looking at him and his eyes just filled with tears,” she remembered. After a brief moment, she had him go out in the hall and call his mom with the good news. “He was really afraid he was never going to be accepted anywhere — and Sac[ramento] State was a really big choice for him. It wasn’t like he got accepted to his eighth choice— he was really excited!”

King’s relationship with this high school senior underscores just how important a helpful push or encouragement from a faculty mentor can be.

As a mentor for students throughout their high school careers, King has been able to build close relationships with former students that remain strong to this day. “We still meet for coffee,” she pointed out and smiled. “I love hearing about how they’re doing.”

This summer, King had a barbecue that several of her former students attended. “At this point now I’ve known them for six or seven years– which is longer than I have known a lot of my adult friends,” she joked. Smiling, she remembered, “I know who their boyfriend was their sophomore year, and I remember the drama they had when they were juniors… it’s really exciting to watch them grow and become young adults.”

King explained that her Algebra II students from last year played a large role in her decision to join the AVID program. “I saw a lot of them working really, really hard and definitely I thought are on a good college path, and a lot of those students were AVID students.” Summarizing that group and the goals of the program, King noted, “They certainly deserved to be college-bound.” She plans to continue working through AVID “to protect those students and make sure they get the opportunities they deserve.”