On the Tuesday before Thanksgiving, Bridge Club, Intercambio, and Dream Club hosted a Thanksgiving celebration in the PAC cafe for EL students (students who have recently moved to the US and are learning English) and other club members.

Students chatted with friends and acquaintances in both English and Spanish as some of them tried traditional Thanksgiving food for the first time. Jim Wells, owner of a local catering company, provided food for the event for the second year in a row. “We did traditional Thanksgiving dinner. Mac and cheese, turkey, stuffing, mashed potatoes, green beans, salad, and rolls.” 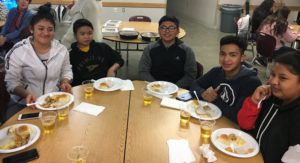 Students had the opportunity to taste traditional Thanksgiving food for the first time.

Giovanni Castro, a member of Dream club who moved to the US seven months ago said, “It was interesting for me because it was my first Thanksgiving in the US, and so I wanted to know about the food that they eat. I liked the food a lot; the only thing I didn’t like was the apple pie.”

James Nelson, who teaches in the EL program and was one of the organizers of the event, elaborated on the importance of introducing his students to American traditions. “These are things that we take for granted, but these are actually totally new flavors that no one who is a recent arrival has ever tasted. The goal is to get kids to feel a little more comfortable in the new country where they live.” 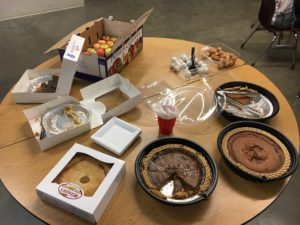 Students tried a variety of pies for dessert.

The Thanksgiving event was part of a larger effort involving Dream Club, Intercambio, and Bridge Club to help English learners practice outside of school, while also allowing students taking Spanish to learn English. With regards to Intercambio, Rivera said, “What I hope people get out of this club is to not be afraid to learn and speak English — or Spanish. It doesn’t matter if you have an accent or if you can’t pronounce the words correctly; you shouldn’t be ashamed of that because you’re learning. The only way for you to learn is to practice.”

Santos Barrera, a member of Intercambio, reflected on his experience at M-A: “I barely knew any English [before] and now I know a bit.” 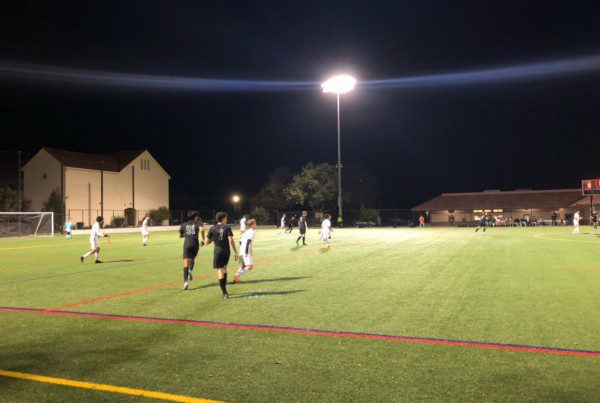