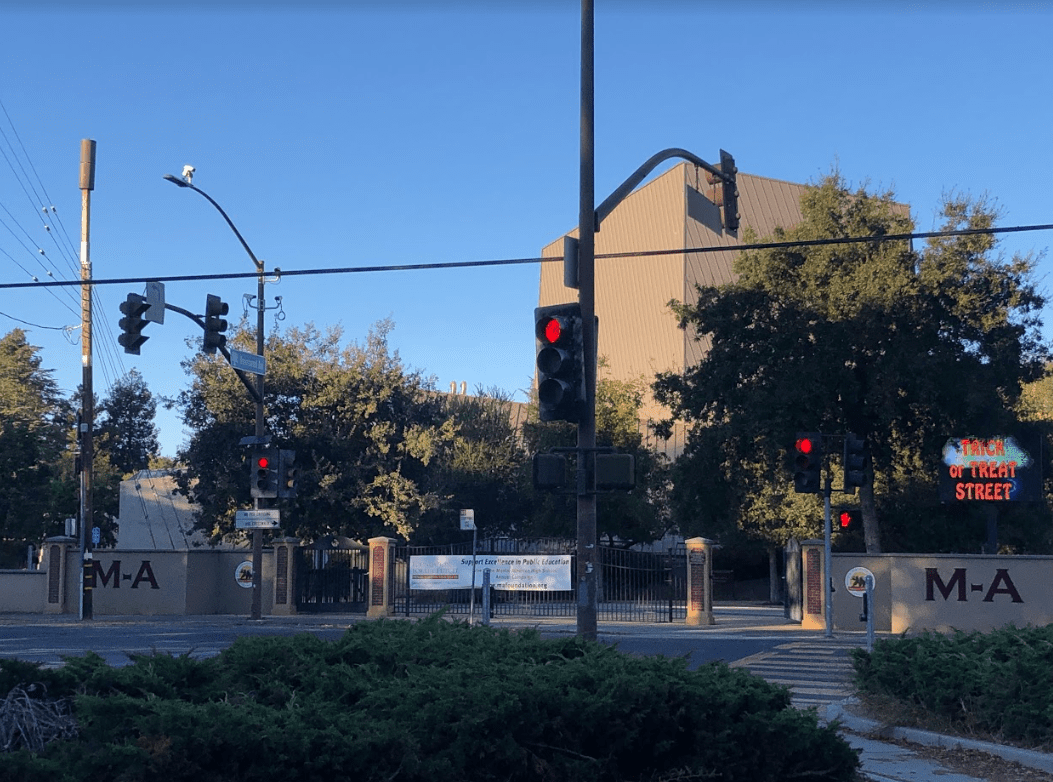 M-A’s steel gates are closed for students throughout the school day. Students from nearby schools, such as Palo Alto High School and Los Altos High School, some argue, are allowed to leave for lunch, so why can’t M-A students do the same?

M-A has a closed campus, which means that students are not permitted to leave campus during lunch unless they have finished all their classes. Students are also not allowed to order food to be delivered to campus.

Some students claim that an open campus would lead to more independence, much-needed breaks from school, and better food. Junior Daniel Rowe said, “An open campus would be better because more people can get stuff to eat by going to JJ’s or McDonald’s.”

Senior Kadence Watkins said, “The school day can feel long. Walking outside of school just seems like a much better way to decompress.” Sophomore Sienna Morales agreed, “It’s liberating to be able to leave campus and have time off.”

Senior Demian Anisimov said, “Even if M-A had an open campus, I still wouldn’t really leave campus, but the option should be open for people. It would make more room on campus for the people who stay.”

There are open campus schools nearby, such as Palo Alto High School and Los Altos High School. Kelly Wu, a senior at Galileo High School in San Francisco, said, “Just getting out of the school environment lets me refresh a little bit and rewind before my next class.” Los Altos student Jackson O’Reilly added, “You just have a lot more freedom and aren’t forced into a limited box.”

Some teachers interviewed explained the attendance issues an open campus would cause. Science teacher Patrick Roisen said, “Many students are already late to fifth period, and an open campus wouldn’t help that.” Science teacher Brett Olsson added, “I’m permitted to leave campus, and even I don’t have enough time to go out during lunch because most things are pretty far from here.”

Rylee Feehan, a sophomore at Redwood High School, enjoys the open campus, and said, “Usually it takes all of lunch if I leave campus, but my friends and I enjoy walking around, and we always get back to school on time.”

Roisen also said, “Many students forget that the school is responsible for them for the duration of the school day, and having an open campus poses many risks.” However, Anisimov said, “I think students leave already, despite the closed campus.”

Ethnic Studies teacher Kelsey Takahashi offered a possible solution: “Maybe older grade levels, such as juniors and seniors, should be allowed to leave campus.” However, this could raise questions on verifying the grade levels of students leaving campus.

Takashi said, “Maybe a longer lunch period as a whole could also help.” Roisen said, “Changing to an open campus would require a lot of systemic changes that wouldn’t be able to be set in place anytime soon.”