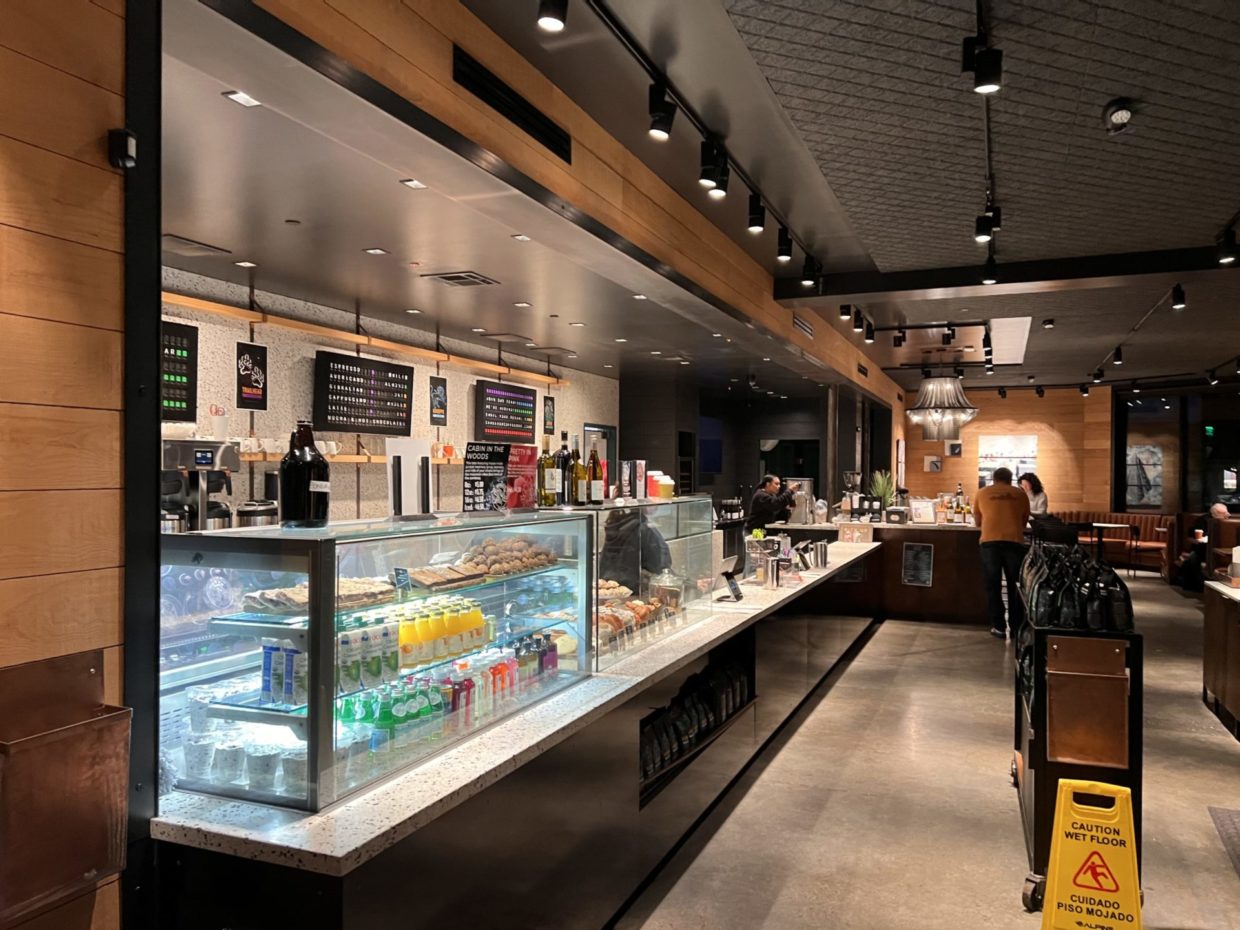 As avid coffee drinkers woke up prepared to begin their morning with their go-to latte order at Coffeebar, many were surprised to find that its doors were closed and locked. A sign on the door read, 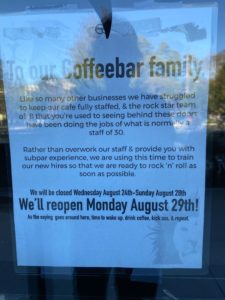 “like so many other businesses we have struggled to keep our cafe fully staffed, & the rock star team of eight that you’re used to seeing behind these doors have been doing the jobs of what is normally a staff of 30. Rather than overwork our staff & provide you with subpar experience, we are using this time to train our new hires so that we are ready to rock’n’roll as soon as possible. We will be closed Wednesday August 24th – Sunday August 28th.”

“Ideally, you are staffing between 12 to 15 people throughout that entire shift,” said former Coffeebar employee John Archuleta. He continued, “When I left, I was one of nine people on the entire staff, which was the bare minimum to run the store and give everyone their legally mandated breaks. If there was anything below that, it had to be shut down.”

Melissa Herrera has worked as a barista for Coffeebar since 2019 and has witnessed the cafe’s best and worst moments. She said, “since quarantine, it’s been a struggle to keep people because of budget cuts. We had to get rid of the cleaners and the dishwasher, so we have extra tasks added to us and for no extra pay. A lot of people who were promoted got demoted because they couldn’t just pay them.”

In addition to budget cuts and minimum wages, Archuleta describes, “There is an explosive turnover rate, which was very, very high in my last two months. I think a lot of that I would attribute to losing some core people within management and training roles.” He continued, “if there’s no contingency plan or a good strong foundation in your leadership, everything else will start to fall apart.”

Before the doors closed on August 24th, the hiring staff hired a new regional manager. Archuleta said, “she had no coffee experience, and from how she acted, probably very little management experience. She started putting all this pressure on my baristas while I was away.” Her treatment of employees led to more than one walkout and complaints from the team. Herrera said, “the walkouts got the manager fired. If we had just put up with it, they would have kept her as our manager.”

At one point, the manager “made a former employee cry on the job because that’s how bad she was. If you have a job that you love, like here, but with very bad management, you’re going to leave,” Herrera said.

Fortunately, the four-day break ultimately helped the Coffeebar team regain balance, focus, and employment rates. Herrera said, “now that we have more staff, the work is more manageable. Previously, it was very hard to work here and then go do my other tasks afterwards. But recently it’s been really magical. I actually leave work more energetic than on the days that I don’t have work just because I’m more social.”

Andres Alas, a recent recruit who just became a full time employee, said that the cafe’s break was “very beneficial,” as it was a “crash course” to everything from learning the different filtering processes to tailoring drinks in a special, customizable form. Alas said, “The current management has been very patient teaching everything and passing on all the information. I definitely feel supported as a new employee. It is also very easy to contact our management or just our coworkers if there’s any issues. I feel that we all have a good relationship, where our communication is consistent not only while we’re plugged in, but also outside of work.”

The current manager, Tyler Torrecillas, seems to be the new hope for the future of Menlo Park’s Coffeebar. Herrera said,“I feel like Coffeebar is growing a lot right now, but it’s going in a really good direction. Now, with new employment and new management, I believe we’re going to expand more and open new stores.” She said, “if your management is very kind and they treat you fairly, you’ll love what you do.”