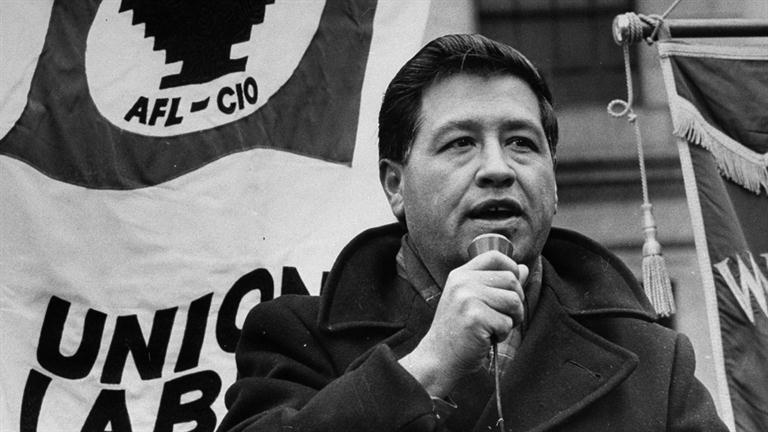 Cesar Chavez Day, a Step in the Right Direction

Since 2014, the United States government has recognized Cesar Chavez day as a national holiday. The idea was proposed by Barack Obama during his presidential candidacy in 2008. Cesar Chavez was an icon for laborers and farmers as he fought for fair treatment and pay and increased labor union influence.

This year, M-A students get Friday, March 31 off of school to honor the legacy that Chavez left, but the truth is that many of us don’t appreciate just how much this holiday means. And it came to be just as the once-celebrated Columbus Day began to fade out of American calendars. Now, Cesar Chavez Day has replaced Columbus Day as a day off of school, and its presence challenges our American social memory in important ways.

When Obama introduced Cesar Chavez day, he said, “As farmworkers and laborers across America continue to struggle for fair treatment and fair wages, we find strength in what Cesar Chavez accomplished so many years ago. And we should honor him for what he’s taught us about making America a stronger, more just, and more prosperous nation.”

By recognizing this holiday, the Sequoia Union High School District is taking a step in the right direction. Anne Olson teaches United States and Modern European History at M-A and agrees that Cesar Chavez Day is great, but also that more needs to be done.

Similarly, she noted that Women’s History Month and Black History Month are great in that they bring attention to parts of our history that need to be recognized, but in reality we should be talking about women, African-Americans, farm workers, and very different culture that makes up America throughout the entire year.

Olson added, “We shouldn’t have to have a month to remind us that we were really oppressive to people for centuries. People hate change…that’s one of the things with revisionist history, it makes [people] not want to have changing interpretations of the past.”

Revisionist history is a movement to re-interpret the historical record as we know it, while keeping historical facts the same. Olson uses revisionist texts and ideas in her classes, such as Howard Zinn’s A People’s History of the United States, to challenge the typical master’s narrative that is seen across American history and in state standards for high school learning.

Once we start valuing every American perspective, it becomes clear that a few scattered holidays are not enough to do justice to the people that have been wronged here.

“When are we going to start talking about a Japanese Internment day or DACA recipients who have had to go through all this turmoil? I think we’ve wronged so many people that there aren’t enough days to celebrate them all,” said Olson.

Cesar Chavez Day is an important opportunity to honor a courageous and influential American, but we should remember that holidays are not the only time to talk about the rich history of minorities in the U.S. With teachers like Olson fighting to face our oppressive past and learn from it, perhaps soon our holidays will become part of daily life— our society will undoubtedly be better for it.