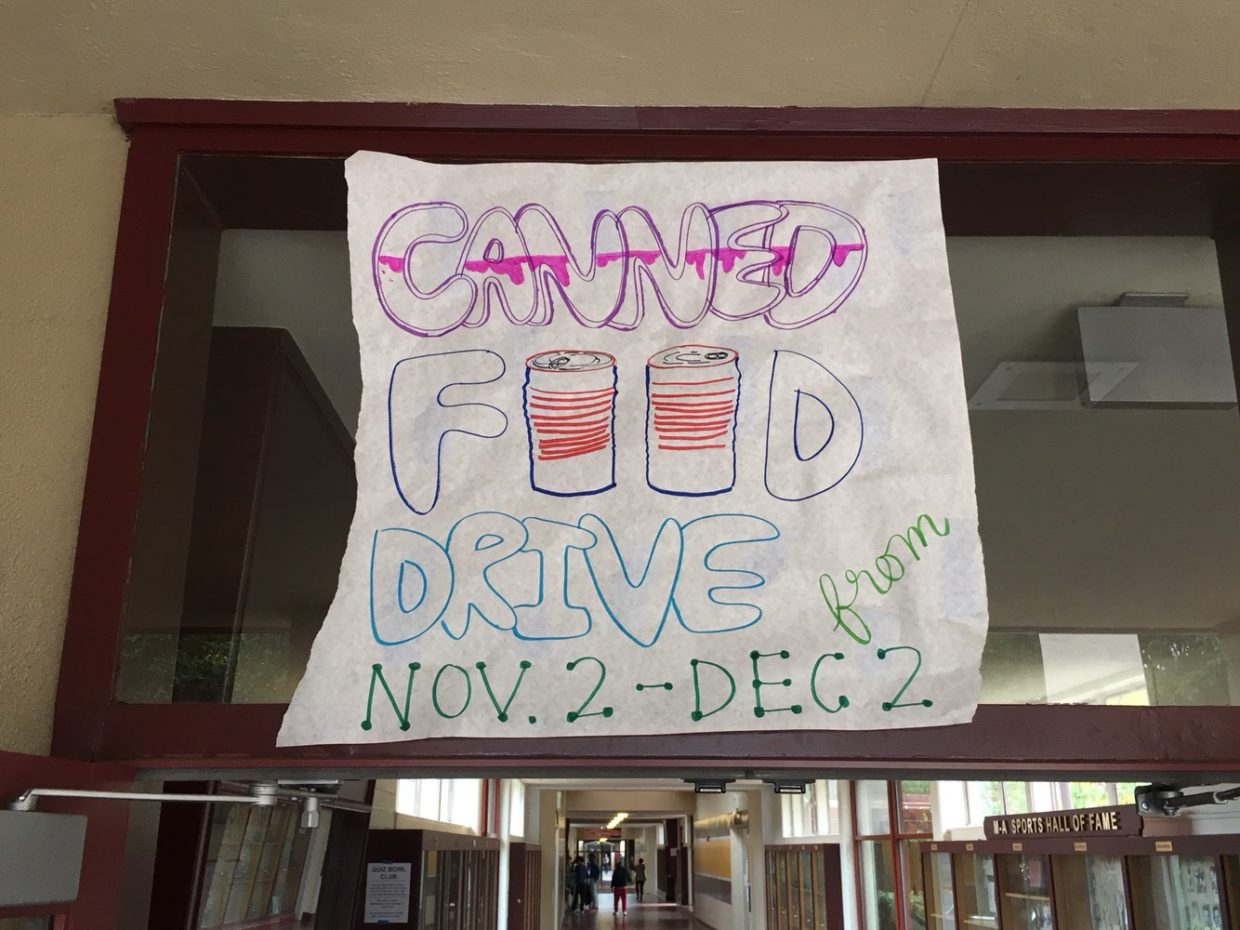 Canned Food Drive Around the Corner 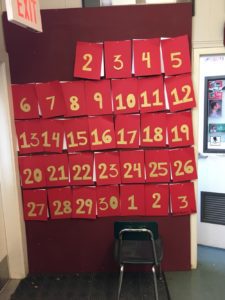 Students can sign up for canning shifts at the canning wall in B-21.

The canned food drive is an M-A tradition and staple of our community’s dedication to service. Every year, community members donate canned food and sign up to go canning at local grocery stores. All the cans and supplies accumulated go to families on distribution day at the end of the month as a part of the Ecumenical Hunger program in East Palo Alto. The drive lasts from November 2 to December 2, with distribution day taking place on December 3. 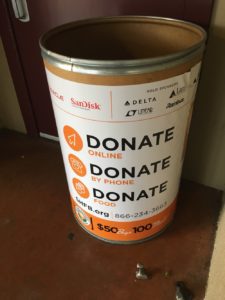 Food can be donated into food canisters around campus.

Students from leadership set up donation bins around campus in nearly every classroom. Members of the M-A community can sign up for two-hour canning shifts at local grocery stores on the canning wall in B-21. It is easy to participate, and Michael Amoroso, leadership teacher and food drive coordinator, encouraged students to be creative. He said, “They can go canning around their neighborhood and ask their neighbors for donations [or] they can also set up a box at their parents’ work.”

“It is because of the students that we are so successful,” said Amoroso. For years students have stepped up to help those in need by donating and canning, and that is a tradition that he thinks we should be proud to continue. The canned food drive has been an ongoing annual event for nearly 20 years at M-A, and it “is the largest canned food drive in the nation via public schools,” according to Amoroso. It is part of the reason that M-A has won the Blue Diamond and Community Champion awards for several years in a row.

As always, M-A has high aspirations. According to Amoroso, the goal has been set at “151,000 pounds of food.” M-A is competing with San Mateo High School, which has set its goal at 150,000 cans. 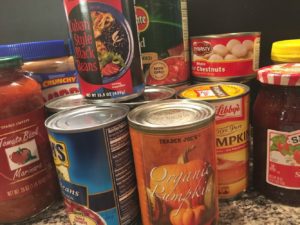 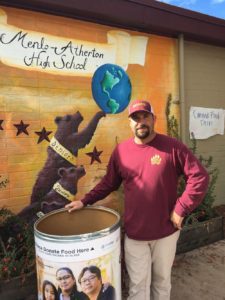 Community service events like the canned food drive are important and should be regarded as more of an obligation than anything else. “One in ten families in San Mateo and Santa Clara counties are food insecure, which means they’re starving,” explained Amoroso. He believes it is the job of more fortunate community members to help out.

The canned food drive is an important part of M-A’s community and serves as a reminder that “anybody can serve…It’s not fair for all of us to continue through life taking everything as happy-joy-lucky, and there are people out there who need us,” emphasized Amoroso. 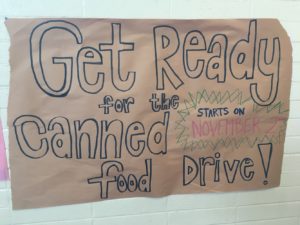