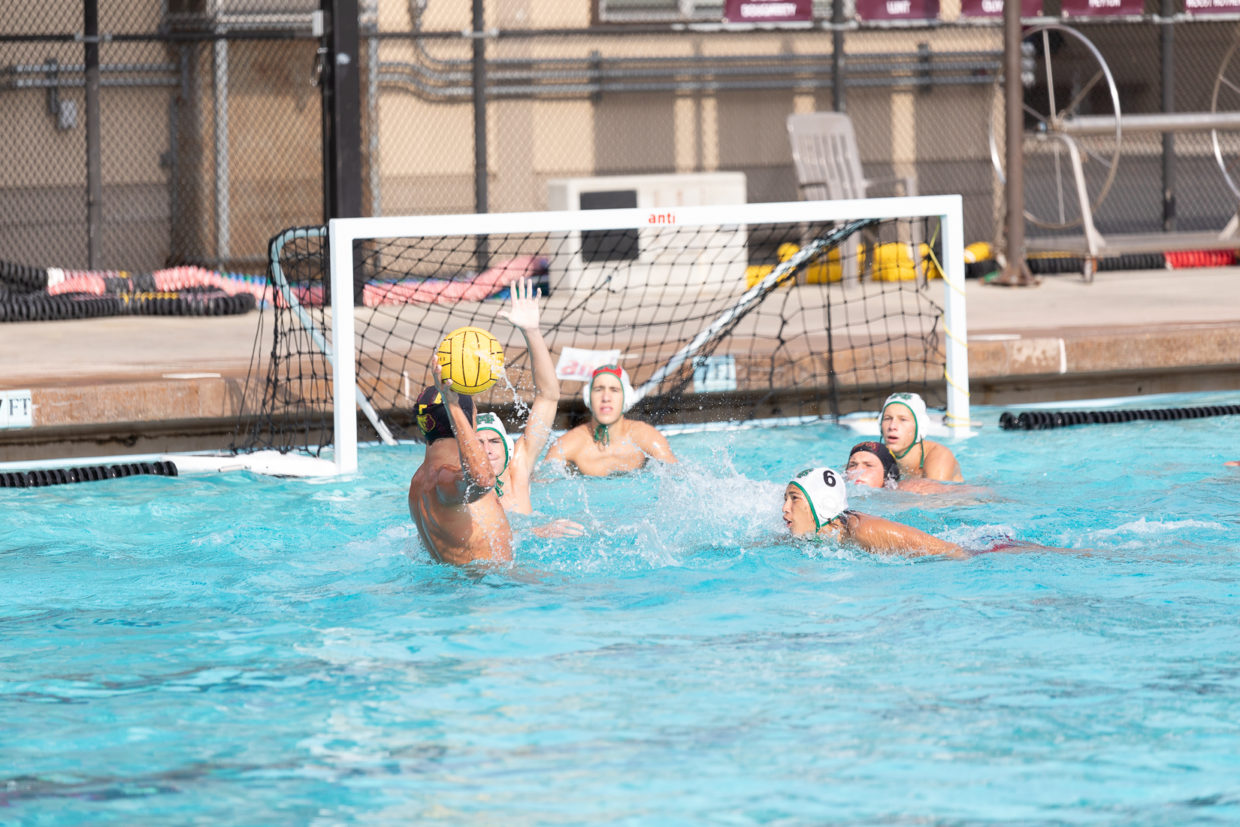 On September 9th, the M-A boys’ water polo team took on the team ranked #11 in the nation, the La Jolla Warriors in the annual Scot Roche tournament. Despite the tough competition, the Bears still didn’t give up.

With 5:49 left in the second period, the score was 6-3 La Jolla, still leaving hope for a comeback from the Bears. However, in a combination of counterattacks, one-on-ones, and strong precise shots, the Warriors were up 12-3 by the end of the second period. The Bears were getting worn out, struggling to find a good balance between their offense and defense. Perazich, senior goalie on the team said “the team is struggling getting back on our feet after losing majority of our starting line up last year so we are still working on the chemistry.”

After a much-needed break, the Bears came out rejuvenated, winning the sprint. Their passes were smooth and they built up from the back, preparing to shoot when La Jolla called a timeout. The timeout broke the little bit of momentum gained by the Bears and the shot went right to the goalie. 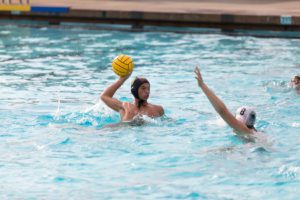 This save excited the Warriors as one of them swam through the Bears’ defense and scored a goal that bounced off the water and into the top right corner of the net. He then swam through everyone once again, scoring off of a one-on-one, making the score 14-3.

Frustrated, the Bears’ goalie, Luka Perazich, screamed, “open up, open up, do something!” He used this frustration productively as he went off to block a goal, keeping the score at 14-3.

Despite the Warriors’ constant domination, the Bears were still able to capitalize off of the Warriors’ mistakes. The Warriors’ #7 was ejected from the game for trying to get the ball by swimming over someone’s head. This gave the Bears a 5 meter shot, with 1.82 seconds left in the period. Sophomore Drew Wescott swam up for the shot and threw the ball to the bottom left corner without hesitation, giving the Bears their first goal in the second half.

With a score of 18-5 at the start of the fourth period, the Warriors started off strong by taking a shot on the Bears. Luckily, Perazich had other plans, reaching across the goal to block and catch the shot with his left arm.

The Warriors stepped up their game, eager to end it quickly. With three different people scoring, the Warriors brought the score up to 24-5 with 1:56 left in the game. To finish with a bang, La Jolla’s #8 put pressure on Drew Wescott, resulting in a turnover and an easy goal for the Warriors. The Warriors ended the game with a 20-point differential blowout, once again proving themselves one of the strongest teams in the nation. Daniel Weiner, a senior on the water polo team, said “we played a decent match”, and “the results were pretty expected because we were playing up a couple leagues.”

Continuing in the Scott Roche tournament, the Bears took on Buchanan High School later the same day. The Bears had a rocky start, losing the sprint and letting a goal in within the first 30 seconds. The Buchanan boys quickly dominated, running the score up to 6-0 by the end of the first period.

However, the Bears started the second period off strong as they won the sprint. Within the first two minutes, Casey Watkins scored for the Bears. Buchanan kept their momentum, tearing apart the Bears’ defense with impeccable combinations, making the score 9-1. 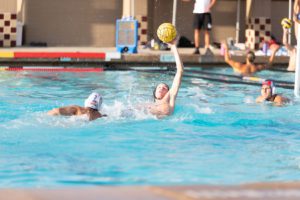 The Bears didn’t give up as Karim Nasr blocked a shot and swam the ball all the way up to Buchanan territory. He scored a goal, but the goal was not counted. The Bears then regained possession, and Jack Andersen took the second chance and scored a goal for the Bears. The score was then 10-2.

The third period started off strong as the Bears won the sprint, and the well-deserved halftime break was a boon for the Bears. They came out strong, though down by ten, and scored four more goals. The crowd loudened with each play, and their support clearly fueled the Bears.

The final three minutes of the game led to a turnover by the Bears, giving the Buchanan team the final push needed to score two goals and win with a final score of 18-6.

Perazich later said that, “I think we have a really high chance of going undefeated during the PAL championships, however it will always be down to the team and how well we play in the games.” The Bears have high hopes for this season and despite the rough start are looking forward to working together and improving their skills all around.