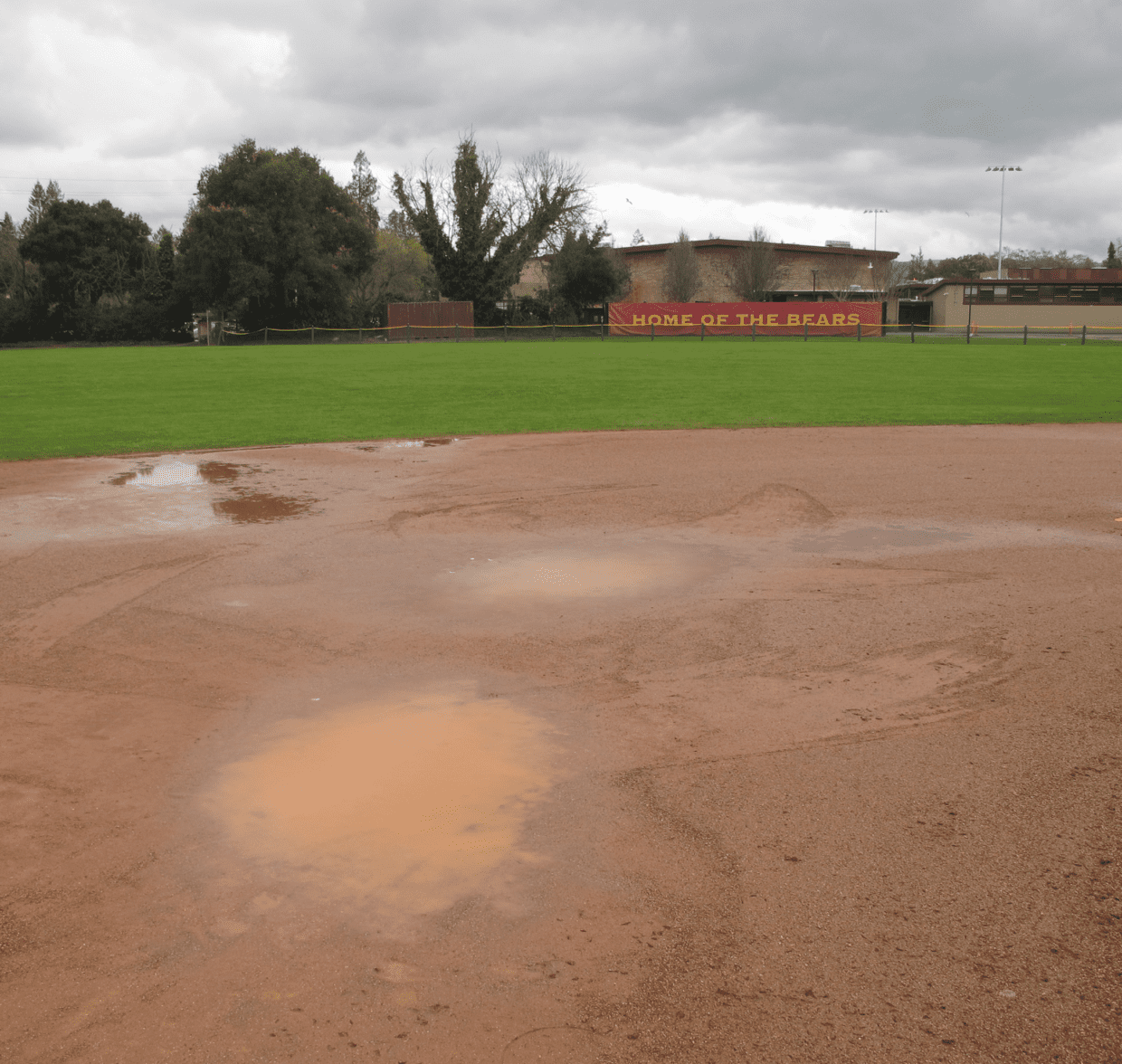 The biggest obstacle for the M-A Boys Varsity Baseball team should be the opponents; unfortunately for the Bears, weather has played a big role in their season so far. Varsity baseball has a 2-2 record so far this season, coming off a two-game streak, although many of the games have been played at other schools. The M-A home diamond has experienced poor conditions after continued rain— the field was drenched and the dirt turned to mud. However, the boys have kept their hopes up throughout this unfavorable weather; though challenging, it is not demoralizing.

Coach David Klein said, “Obviously with a difficult start with all the rainouts [it’s been] tough to get into rhythm, that being said, [I am] really satisfied with our effort and energy at practice and how we have transitioned to games on competition with minimal scrimmage time and minimal live arms. I feel like we are starting to get into rhythm right now; we have played three really good, solid, complete games.” Klein included that he is confident with his players all the time and that “everyone’s super bought-in and committed. I’m confident every single time we put nine on the field.”

The weather, although rough, has not hurt the morale and confidence of the baseball team, as Klein noted, “we were able to get creative and luckily we have some good resources like the weight room and getting in the classroom a little bit [to] continue to teach baseball even though we’re not on the field. It just requires a little bit of creativity.” Evidently, this method has been fruitful, as M-A Varsity Baseball notched a 6-0 win against the Half Moon Bay Cougars on the March 12.