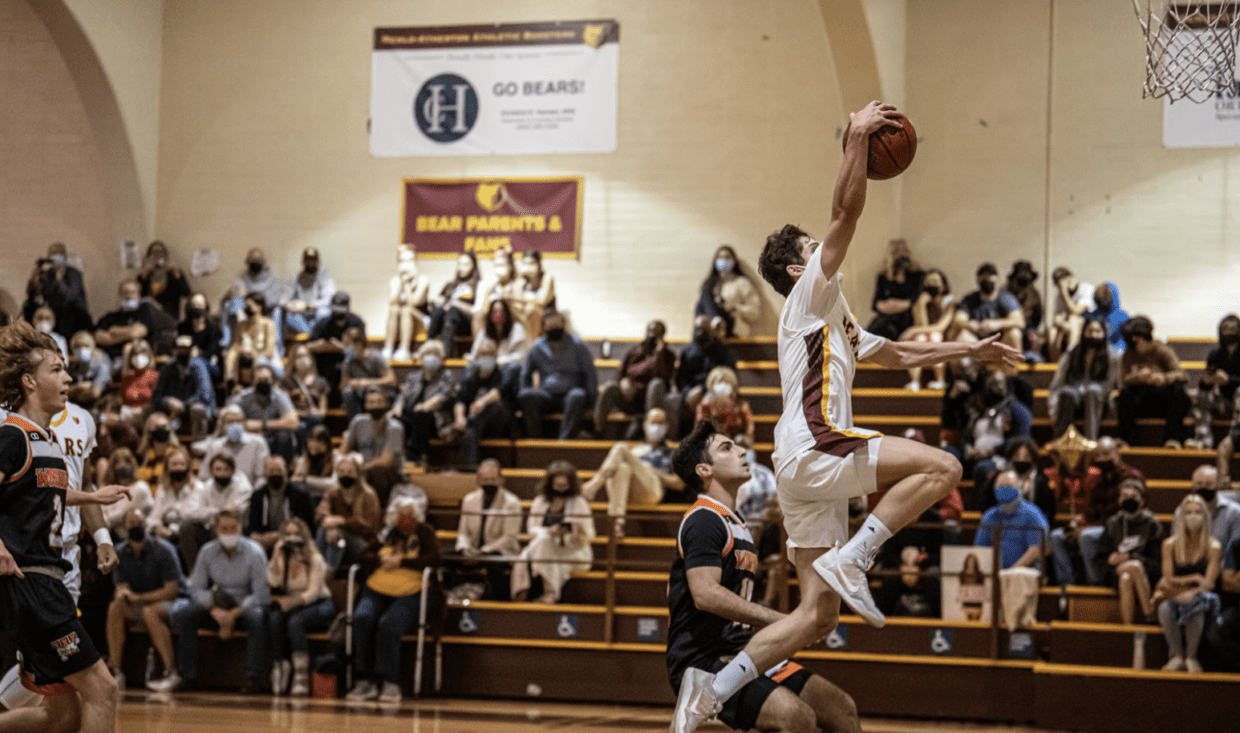 This Friday, the boy’s basketball team took down the Wildcats with a final score of 60-41. In celebration of the beloved seniors, the night kicked off with speeches and posters honoring the graduating class of 2022. Because this game was the Bears’ last opportunity to accumulate points before PAL (Peninsula Athletic League), the pressure was on. 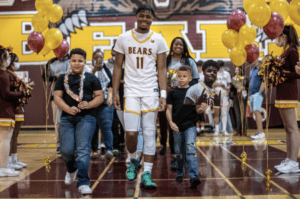 Senior Douglass Adams walks down senior alley alongside his family.

The Bears racked up a 16 point lead in the first quarter, with senior Ryan Anderson scoring the first five points for M-A. During the second quarter, Woodside’s fouls stacked up, giving  M-A an upper hand in turnovers.

The Bears showcased their strong sense of sportsmanship this game, with solid combination passes which reflected a group effort. Senior Jake Tonsfeldt said, “We all really like each other, so we have good chemistry on and off the court.”

For the half-time show, the seniors on the dance and cheer teams were recognized with their senior T-shirts and metallic 2022 glasses. Dancing to songs like Industry Baby by Jack Harlow and Lil Nas X as well as Gimme More by Britney Spears, the teams quickly got the crowd pumped heading into the second half. 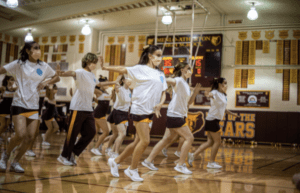 Senior dancer Jacob Fishman said the highlight of his night was “The feeling and the energy of being with a live audience of our peers again.” Because it was the dance and cheer teams’ first and last basketball performance with an audience, Fishman said, “It was heart-wrenching because it was the last time I would do that.”

In the second half, junior Jalen Williams made an impressive steal and layup, breaking Woodside’s six-point-scoring streak. Going into the fourth quarter, M-A was up 22 points, for a score of 49-27. 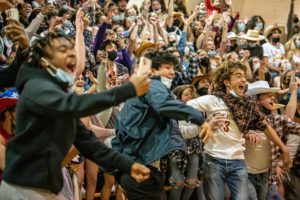 The student section was jumping with excitement in support of their seniors.

Even with the big lead, the 6th man had higher energy than ever, cheering on our Bears.  Decked out in flannels and cowboy hats for the Wild West theme, the 6th man held posters of players to show their support.

After a timeout in the fourth quarter, Woodside attempted to make a comeback with two fouls, three free throws, and two three-point field goals, but still only managed to up the score from 58-32 to 58-41. 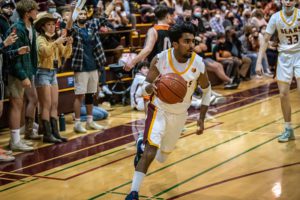 In the final 30 seconds, senior Ishaan Mishra scored the game-winning point, ending the game with a score of 60-41. The student section flooded onto the court with the shot clock still running to congratulate Mishra, and the game truly ended on an all-time high.

Still, the game was bittersweet as the seniors were sad to go. Mishra said, “I will miss the brotherhood, my family.”

The Bears’ regular season ended with a six-game winning streak, finishing 17-6 overall and 10-2 in the PAL-South division. Now the Bears leave home to face the CCS Winter Playoffs.