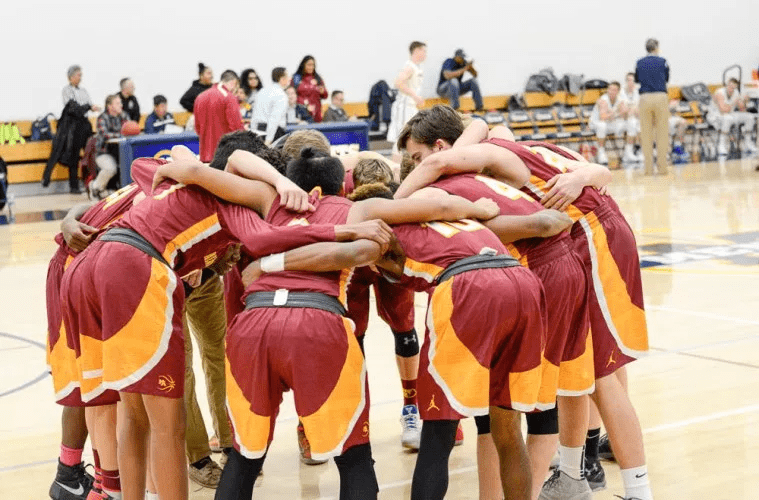 Boys basketball heads into the season with high hopes

After losing two stellar senior classes over the last couple of years, the Bears are looking for even more success, but with the upcoming season ahead, they are playing with a much younger squad than in years past. M-A also recently added a new coach to the staff, as Craig Carson, physical education teacher and former junior varsity head coach, is now an assistant.

Junior guard James Beckwith is especially excited with the change, “Carson is a good addition as he adds another pair of eyes. I had him as a coach at the JV level so I know how he coaches and we are definitely all comfortable with him around because he knows a lot about the game.”

The Bears bring back starting seniors Bradley Stillman, Logan Faberowski and Jhavante Hill who will all play big roles in this year’s team. As the Bears prepare for preseason play, they realize that they need some guys back who are currently playing football in the Central Coast Section (CCS) playoffs. 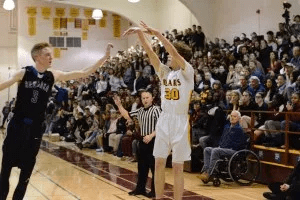 Beckwith agreed, “The team is looking good, but we still have a lot of work to do. We need everybody back from football. We also have some really good sophomores who I think they will add a lot to the team because of their skills that go beyond their age.”

Stillman is also optimistic about the upcoming season and explains that, “I feel like we have a shot against anyone if we work hard each and every day in practice and if everyone plays to the best of their abilities.”

The Bears’ toughest foes will undoubtedly be against rivals Sequoia High School, Aragon High School and Carlmont High School as all return some of the Peninsula Athletic League’s (PAL) best players, including Sequoia senior Miles Nunez, who will be very difficult for the Bears to stop. But for now, the Bears have some difficult preseason matches to turn their attention too in the upcoming weeks. 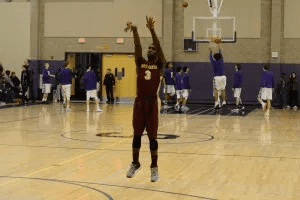 M-A will go up against Jake Wojick and Bellarmine College Preparatory as well as Lehigh-bound senior Joe Foley and Menlo School. Sacred Heart Preparatory is going to be an interesting matchup to watch. Because of M-A’s size disadvantage, junior Will Beasley, Faberowski, and Stillman need to play very well at the five position in order for this team to have success in the long-run.

Stillman added, “We know our schedule is a tough one this year but if the underclassmen step up and the team builds off the success of last year it should be a fun and exciting season.”

Sophomores JD Carson, Nick Tripaldi, and Justin Anderson will play major roles during the Bears’ season as these underclassmen are looking to make their impact felt on the team as well.

Coach Moe Molieri, Nick Fogel, and Carson have their sights set on improving a team filled with juniors and sophomores and getting to open CCS playoffs. But for now, the Bears have a difficult non-conference schedule ahead to focus on. Good luck and go Bears!