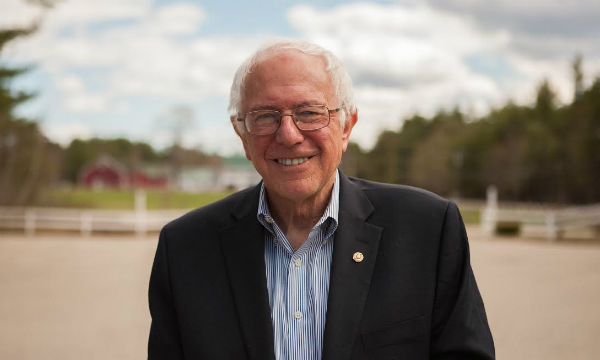 Earlier this month, Senator Bernie Sanders introduced the College for All Act to the Senate that would make college affordable for low-income families, as well as majorly restructuring the system of college debt many students find themselves buried in following their graduation from a university of any caliber.

Sander’s bill not only proposes that children from families making less than $125,000 a year be able to attend public college for free, but it would ensure that all community college education would be free, for any child regardless of income. On top of this, the bill also aims to slash student loan interest rates in half and increase funding to the Federal Work-Study program, a program which currently receives less than $1 billion a year and serves 700,000 students.

In 2015, Sanders introduced the bill with no support from any other senators, but this time around, the agenda was co-sponsored by numerous well known Senate Democrats, including Senators Elizabeth Warren, Kamala Harris, and Kirsten Gillibrand. The recently submitted bill is identical to the plan worked out by Senator Sanders and Secretary Clinton this past election cycle, as both agreed that improving the future’s of all students was an important step to moving America forward.

As Senator Sanders pointed out during his campaigning cycle, making college education free to citizens is not an unheard idea; Germany, Finland Norway, and Sweden, as well as many other countries already prioritize education. Speaking about his bill, Sanders stated that, “Higher education in America should be a right for all, not a privilege for the few,” rhetoric that made him the popular choice among millennial voters.

Key components of the newly designed bill helped attract broader support from the Democratic Party, including a provision that would eliminate the need for students to apply for financial aid every year, making the process simpler and easier to hand out to needy families. Young adults would also be able to refinance their student loans at current interest rates, incentivizing a greater investment into taking out student loans for college. Sanders wants to reduce student loan rates back to 2006 levels before the school systems began to make up their money lost during the deficit.

The plan would receive funding from a speculation fee on Wall Street, charging investors .5% on stock trades ($1 for every $200 worth of stock traded) and a .1% fee on bonds. Economists across the board have endorsed this proposed tax, which would generate enough revenue to also create thousands of jobs for middle-class workers. However, as President Trump wants to eliminate further taxation on Wall Street bankers, Democrats and affiliates are planning to introduce the bill to organize and inform potential voters of their plans for 2018 and beyond.

While it is unlikely the bill will pass either House of Congress due to the conservative majority, progress is still being made at the state level around the country. Recently, San Francisco announced that all community colleges in the city would be free to residents, encouraging students of all income backgrounds to attend school after graduating high school. The city follows behind the state of New York, which announced earlier this month that children from families earning less than $110,000 a year will be able to attend any two or four year New York State college, provided they live and work in the city for the same amount of years after their graduation.