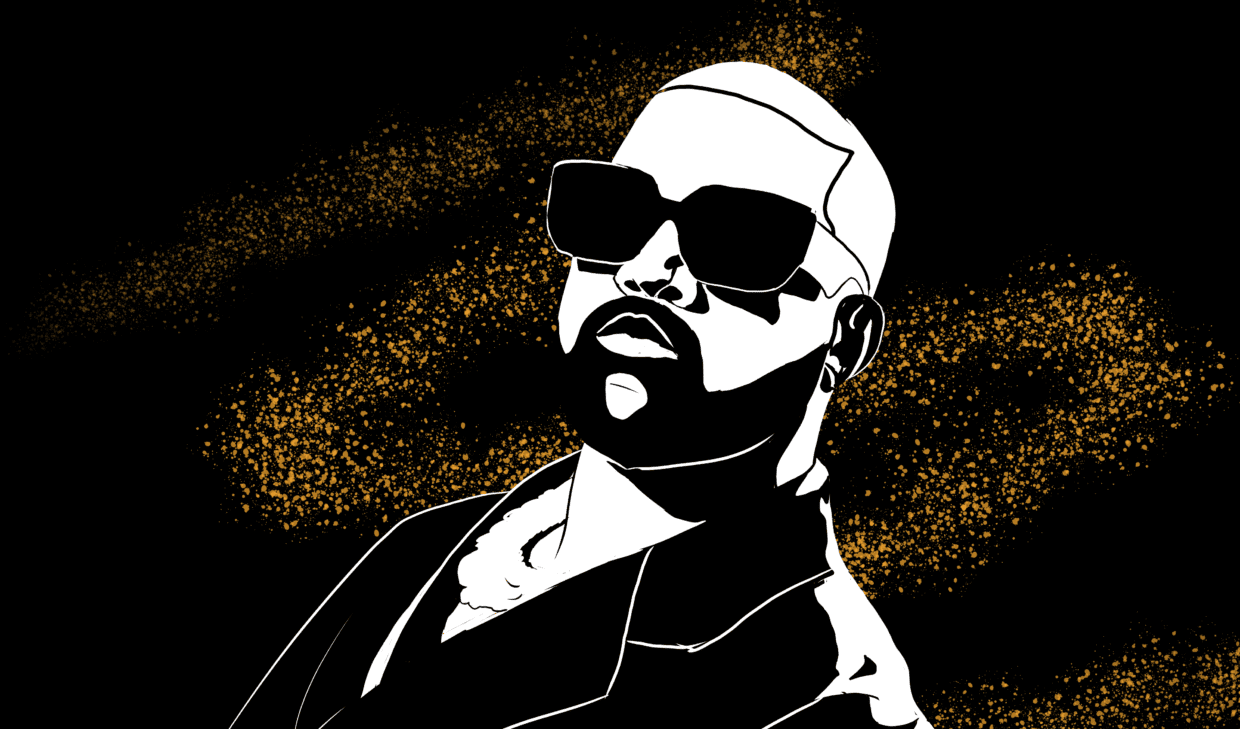 I could not find a ton to like in Kanye West’s new album, Donda, rated .5 lower on the music review website Pitchfork than Peppa Pig’s album Peppa’s Adventure: The Album.

The hatred for Donda seems to be widespread among fans and nonfans alike. After a chaotic few years for Kanye, filled with attention-grabbing headlines about his divorce from Kim Kardashian, an unsuccessful run for president, controversial thoughts about slavery, and mental health struggles, it makes sense that listeners could see this album as just another reason to move on to being a Drake fan. All these are problematic on their own, but Kanye furthered the controversy by adding features with collaborators such as Marilyn Manson, who has a track record of sexual abuse and offensive remarks.

This criticism is valid, especially when you only listen to the first track, called Donda Chant. It is speculated that it was created from the dying heartbeat of Donda West (Kanye’s mother) in 2007. The monotonous tones of Donda Chant are uncomfortable to listen to, making it an immediate skip. Fans have also taken to social media to raise questions about West’s religious beliefs due to the prayer-like rhythm.

Donda was quickly disregarded by many fans and reviewers for lacking a centralized theme. With 27 songs touching on fame, loss, Christianity, and just pure wealth, the album feels disorganized and is missing the string that links the songs to one another. However, although it isn’t his best work, Donda absolutely should not be written off as bad due to the quality of the majority of the songs individually.

The second song on the album, Jail, was immediately added to my exclusive personal playlist because of its guitar-heavy, punchy feel. It begins with deep power chords that vibrate as Kanye yells a raw and vulnerable plea: “take what you want.” Jail felt like a teenage rebellion anthem, much like the beloved We Don’t Care from his 2004 album The College Dropout. Jail references classic parts of the modern teenage life, like being “exed” and an argument over text messages. Although much of the album was unrelatable to me as a non-billionaire and non-Christian, I was able to connect to the nostalgic, youthful feeling of Jail.

Jonah stood out because of its connected theme of loneliness. In the context of West’s recent losses, this song is more vulnerable than the others in the somewhat disorganized album. Jonah offers a wishful plea that there will be a “shoulder to lean on” in the near future to fight personal demons.

My favorite of the album, Believe What I Say, is a funky song that made me want to use my toothbrush as the microphone in my personal concert. It begins with a unique sample from R&B song Doo Wop (That Thing) by Ms. Lauryn Hill, which is possibly the closest thing to a female feature we get in the album (besides Donda Chant), even in the golden age of female rappers. Kanye raps life advice to an upbeat background track, like not involving “yourself in things you don’t have to know” and encourages his audience to not be dragged down. This is ironic, considering Kanye has been the spotlight of both political and social controversies this year. Even so, Believe What I Say has not gotten enough love for being an exciting and upbeat hype song.

Moon begins with glossy vocals that gracefully touch on death (“don’t leave so soon”), but moves into a slow rap by Kid Cudi. Moon is a ballad that seems to melt through my brain, and has many elements that verge on a slower bedroom pop or indie song.

My last stand-out track is Hurricane, a hypnotic song that drew me in with The Weeknd’s magnetic but slightly muted singing. The whole song sounds like a haunted prayer, with many references to religion (“found the God in me… I can walk on water”) and lines about loneliness (“who’s the busiest loser?”). Not too intense, this is a perfect song for getting ready.

Love it or hate it, Donda is raw, in some ways absurd, and with a handful of good spots—a perfect representation of Kanye West.