Following Senior night festivities and introductions, the Bears started flat, quickly falling behind 14-0 early in the first half. The Bears would fight back but would eventually run out of gas, losing 21-18 to Aragon. The Bears regular season schedule is now over and the Bears look onto Central Coast Section (CCS) playoffs after placing third in the Peninsula Athletic League (PAL) behind Half Moon Bay and Aragon. 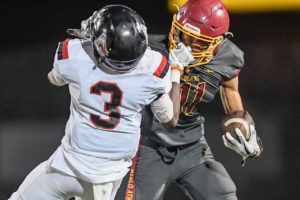 The Bears offense had trouble consistently moving the chains throughout the game, mostly relying on big plays from talented wide receivers Troy Franklin and Spencer Corona along with a 50-yard touchdown pass from Miles Conrad to junior Joey Olshausen. On the defensive side, Aragon’s early lead allowed them to ease up for the rest of the game, unfortunately for the Bears. The Bears defense did produce a few big turnovers on forced fumbles that gave the offense more time with the ball, but these takeaways were not enough to get the win.

The Bears finished their regular season with a 6-4 record overall and a 3-2 league record. They hope to recover from their recent league losses and have a successful playoff run. 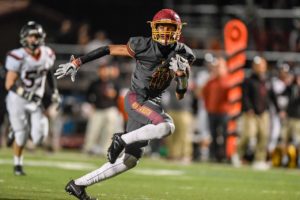 Troy Franklin’s explosive plays have been key for the Bears all season.