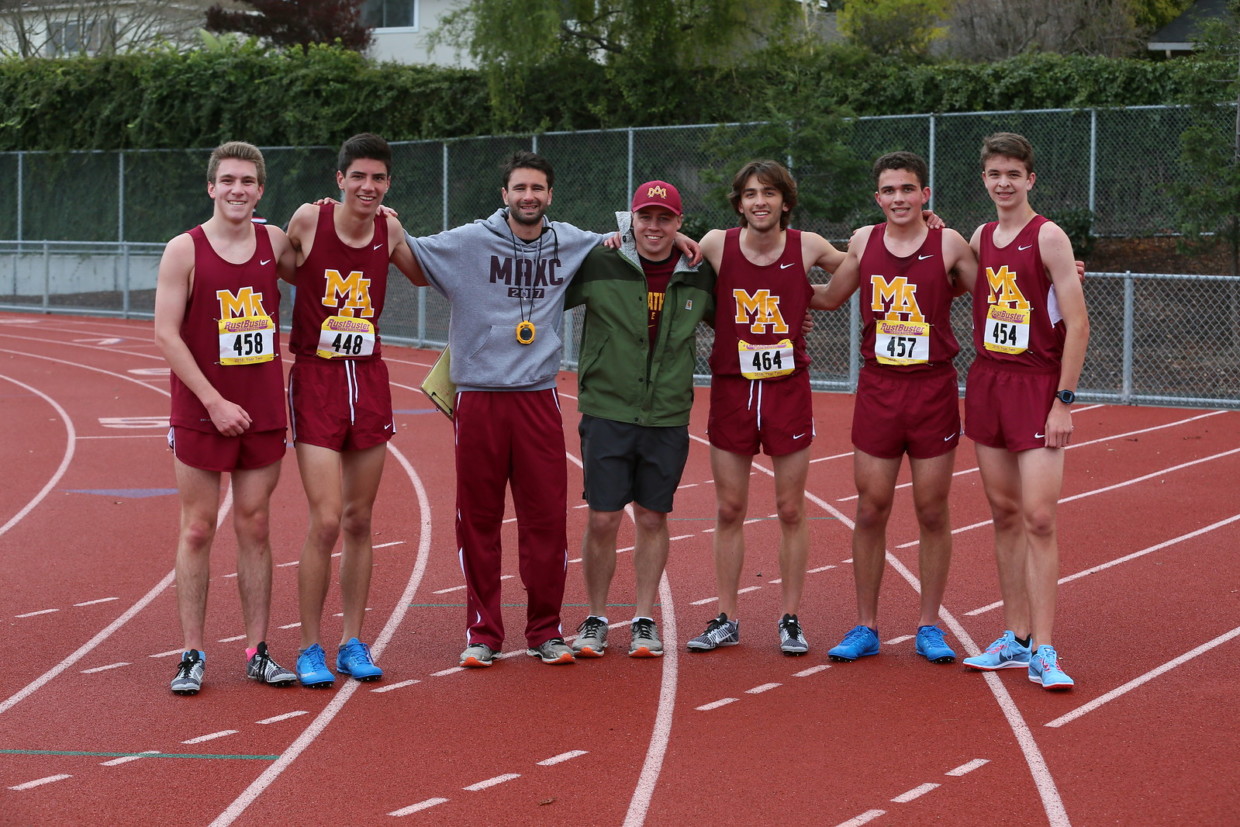 On Saturday, the M-A Track and Field team dominated the competition at the second annual Monta Vista Rustbuster. Many Bears medaled in their events and the overall the meet was a resounding success for the team in the young season.

Senior Nick Anderson started the day off strong for the Bears, winning the 110-meter hurdles with a time of 15.28 seconds. The Bears had similar success in the varsity girls 100-meter hurdles with senior Megan St. John, junior Maile Coberly, and junior Abby Goudey placing second, third, and fourth respectively.

Next, in the 1600, the boys pulled off an impressive sweep when junior Luke Scandlyn, senior Karl Zahlhaas-Liebner, and senior Scott Macdonald took first, second, and third, all breaking the previous meet record set last year by Zahlhaas-Liebner. Not to be outdone, the girls had two runners break the previous meet record with junior Sara Osterberg winning the race and senior Cricket Gorey narrowly missing out on a medal in fourth. The Bears’ success in the 1600 was only the beginning of what proved to be a commanding performance by the M-A distance team. 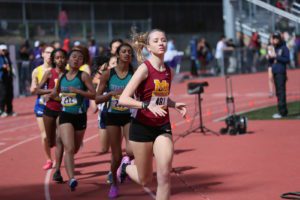 Osterberg leads the pack in the 1600.

Admittedly the competition at this meet was less intense than at M-A’s future competitions, however as Osterberg said, “The rustbuster is a nice meet to start the season because it’s a smaller meet that allows [the team] to ease into the season without the stress of a huge invitational while still being able to PR [personal record].”

The Bears continued the tear in the 100-meter dash, winning both the boys and girls races through Anderson and junior Jessica Eagle. In the following two events, the 400 and 800, freshman Malia Latu took first in the 400 with a meet record time of 1:01.21, senior Elliot Macdonald placed third in the boys 400, and Osterberg won her second medal of the day, placing 2nd in the 800. St. John also took home another medal with a second place finish in the 300-meter hurdles.

The Bears’ sweeping success is very promising for the long upcoming season as many runners now enter the next meets with confidence in themselves and in the team. As junior Nick Hafer put it: “I think success early on can be very important. If you’ve won your past races, you have a lot of confidence and experience knowing how it feels to go fast.” For those Bears who didn’t perform up to their own personal expectations, the season is still young and Hafer stressed that “it’s important to go into every race with a fresh mindset if you’ve lost the past couple races because you’re past won’t be holding you back.” 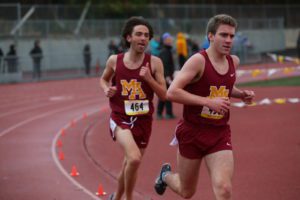 Scandlyn and Macdonald work together to build their lead in the 3200.

The meet concluded with the 3200, another event that the Bears dominated. On the girls’ side, Gorey set a meet record with a time of 12.02.41 and junior Alison Snyder finished third. The boys finished off the meet just as they started it: with another sweep, this time with Macdonald taking first with a meet record 9:51.82, Scandlyn second, and junior Cole Mediratta third.

Overall, the Monta Vista Rustbuster Invitational was a great debut meet for many M-A runners this season. Macdonald attested to how a meet like this affects the team: “It definitely boosts team morale; everyone knows at this point that we can compete.”

M-A’s next meet is Saturday, March 17 for the St. Francis Invitational and its first home meet is Thursday, March 21. Come out and support the track team in what looks to be a promising season!