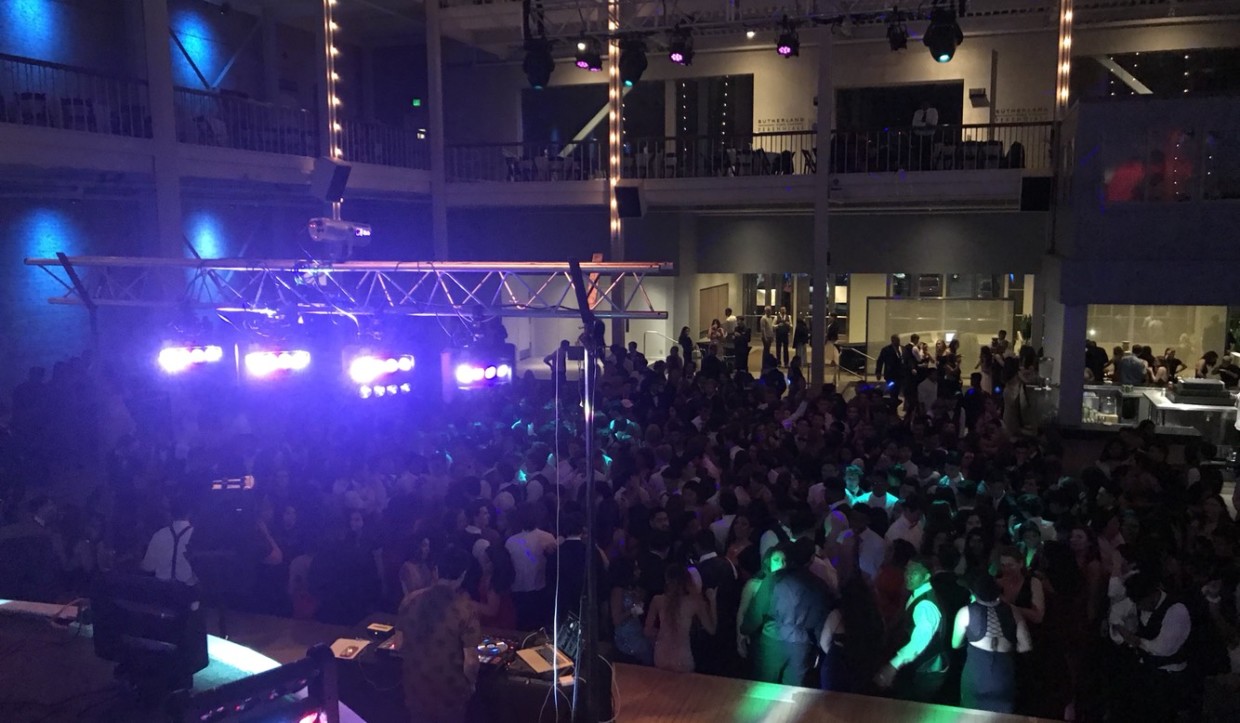 Bears dance the night away at Prom

On Friday night, hundreds of M-A students flocked to The Galleria at the San Francisco Design Center for prom. The black-tie event was a success, as expected, and attendees enjoyed snacks, drinks, decorations, and dancing in the Design Center’s beautiful multilevel space.

Although the night was cold and everyone had to wait in a relatively long line before entering the dance, as soon as students did get into the building, they were surrounded by upbeat music and festive decorations like gold and white balloons.

Prom proceeds are put in the senior class account, so the high turnout at the dance was especially exciting of the class of 2018. DJ Antics played several songs that were requested by students via survey before the dance, and he mixed in rap, hip-hop, and pop songs with occasional slower beats. Refreshments served included Shirley Temples from the bar and chocolate fountains with an array of treats to dip.

From the minute students hit the dance floor, they kept the energy high and danced away, but throughout the night there were moments when the music seemed less than perfect. Senior Scott Macdonald said, “The music was by no means bad, but there were a few times when people were standing around waiting for what felt like a little too long for the next good part.”

Junior Nils Glader said, “I really liked the venue and the atmosphere and I went because I wanted to experience prom and all my friends were going,” but he added, “I think the music and sound system and lighting could have been better.”

Still, the dance floor was crowded from start to finish and everyone sang along when their favorite songs came on. 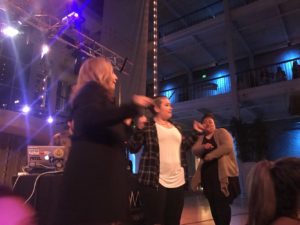 Staff chaperones joined students by dancing on stage to a few songs.

After prom, only a few weeks remain until seniors graduate and juniors move on to their final year of high school. The standout night was a perfect way to prepare the Bears for the final push of their school year.