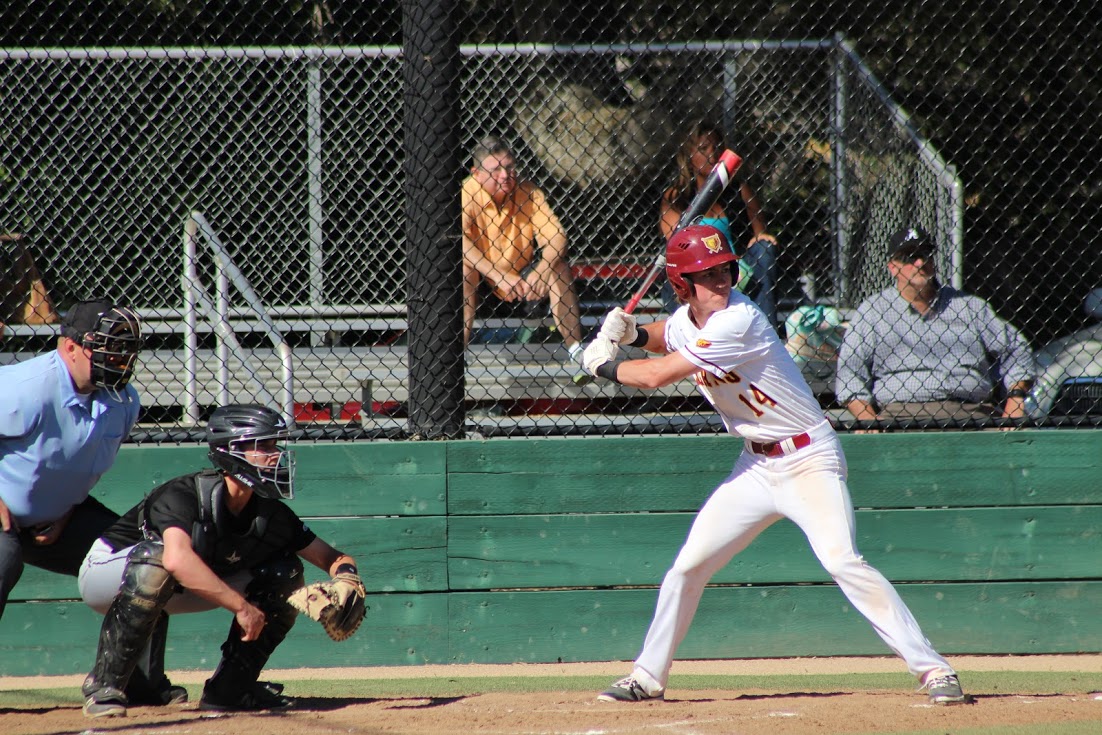 The M-A Bears’ baseball team’s season has come to an end after many up and downs over the course of the spring. The team, whose season was defined by the transition to a new coach, finished strong in their last game, beating Mills 18-1. The Bears finished with an overall record of 12-15 and a Peninsula Ocean Baseball record sitting at .500 with 6 wins and 6 losses. This record placed them tied for third in the Peninsula Ocean standings behind rival Menlo High School and Half Moon Bay.

The team was led on offense by junior transfer student Nick Cronin, who played for Saint Francis last year. Because Cronin transferred to M-A this year, he had to sit out the first half of this season due to Central Coast Section (CCS) rules. Cronin played center field for the Bears and led the Peninsula Ocean Division in batting average, batting .487. Cronin is looking for college baseball offers going into next year’s season. Cronin said: “The season was good. We did a lot better than the team did last year. I had a lot of fun with the team and really enjoyed going to the field every day. It was a really good time, I’m happy with the season.” 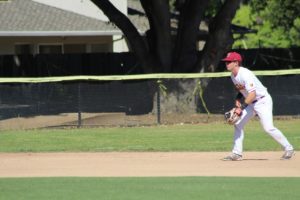 Senior Nick Prainito hit .471, slightly behind Cronin. Prainito hit the only home run of the year for the Bears. Prainito, who is referred to as “The Italian Stallion” by teammates played shortstop for the team. Prainito also offered senior leadership this year, ending his M-A Baseball career as he graduates in June. 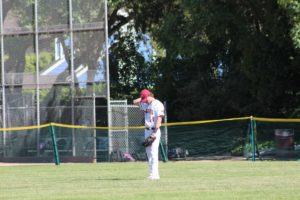 The Bears failed to make the playoffs this year, however, with a new coach, this was seen as a rebuilding season, as the Bears program prepares to become a Bay Area powerhouse. Junior James Sulivan said, “We’ve really stepped up from last year, we’ve gotten some really good wins.” The team’s key victories this season came in a 1-0 victory over Woodside, a 13-0 win over Half Moon Bay and a 6-5 win over division leader Menlo. The team showed their future potential by splitting the season series 1-1 versus both division leaders Half Moon Bay and Menlo.

Sullivan said: “We will continue to work on our strength, hitting, defense and get ready for next season”. With 17 players returning for the next season the Bears will continue to build and expect to be very competitive next year. The junior class, powered by Cronin, Miles Conrad, Sullivan and others look to be very successful. 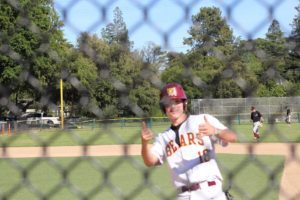 Conrad is all smiles while playing the sport he loves. Credit: John Gardner/M-A Chronicle.

As the school year comes to a close and now that the season is over, we anticipate the Bears to be very competitive next year. As the great Vin Scully once said, “There will be a new day, and soon enough a new year, and soon enough it will be time for [Bears Baseball].”

Mask Use Inconsistent, But Does It Really Matter?