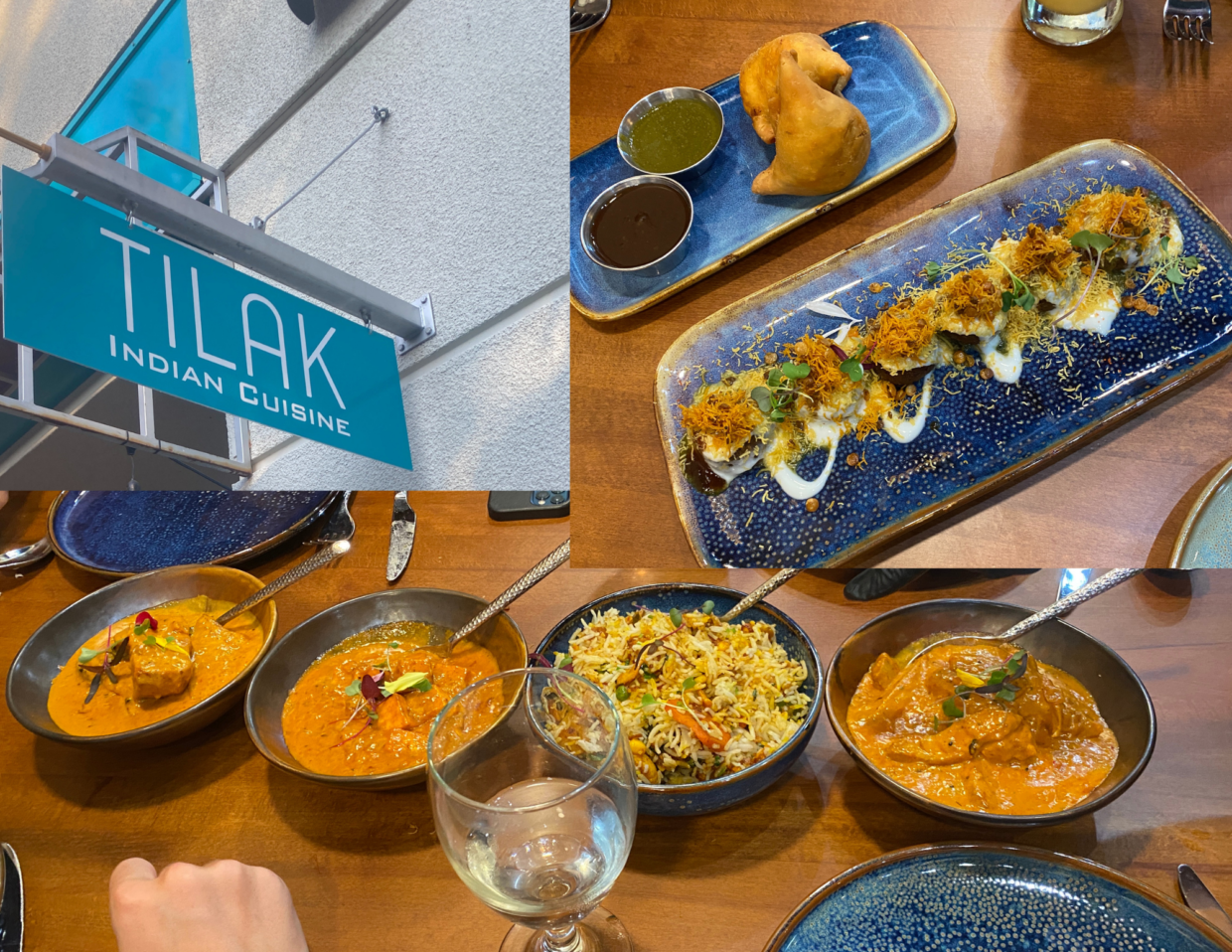 In the heart of downtown Menlo Park, a new Indian restaurant, Tilak, has appeared on the scene. M-A Senior Gigi Edwards said Tilak was her new “go-to restaurant when I’m craving Indian food.” Sitting on Santa Cruz Avenue between Starbucks and Walgreens, the restaurant is identifiable by its large blue and silver sign.

Tilak’s first location in San Francisco opened in 2017, and its new Menlo Park location is a delicious addition to Santa Cruz Avenue. Upon arrival, the staff greeted me and my three friends warmly and seated us quickly. The kitchen was super accommodating and the Tilak staff was happy to halve our portions and prices so we could try as many dishes as possible. Edwards added that when she went, “Everyone was super nice, the service was good, and my food came quickly.”

Chef Biswajit Lahon explained that his inspiration for his dishes comes from his cooking experience. “I worked as a personal chef in Europe and I enjoy adding creativeness in the dishes and working on my skills.”

We ordered one Mango Lassi ($3) for our drink, which was creamy and fresh with a strong cardamom flavor. For appetizers, we ordered Aloo Tikka Chaat Bites ($8) and Vegetable Samosas ($8). The Tikka Chaat Bites were warm and crunchy potato patties served with sweet yogurt, tamarind, and mint chutney, which tied all the flavors together nicely. The samosas had a perfectly-baked pastry with delicious spicy potato and pea filling, along with tamarind and mint chutneys for dipping. As for entrées, table favorites included the Butter Chicken ($20), followed by the Vegetable Biryani ($14). All dishes had varying hot-to-mild spice levels. We ordered Chicken Tikka Masala ($20)—Lahon’s personal favorite—Paneer Tikka Masala ($18), and, to balance out the spice, Saffron Rice ($3) and the Bread Basket ($9).

The Chicken and Paneer Tikka Masalas (both ordered with medium spice) had rich spices and great texture. The biryani was very flavorful and the spiciest dish we ordered (also medium spice). The Butter Chicken, my personal favorite, was perfectly cooked and seasoned.

“My favorite dish to make is definitely the Chicken Tikka Masala, which is also our most popular dish,” chef Lahon explained.

The Bread Basket came with three different types of fresh bread: plain naan, garlic naan, and roti. The bread was warm and complemented the powerful flavors of the Tikka Masalas perfectly. Along with the bread, our side of Saffron Rice helped balance out the flavors of our entrees. To end the meal, we each had a handful of mukhwas, a mix of spices used as a breath freshener. 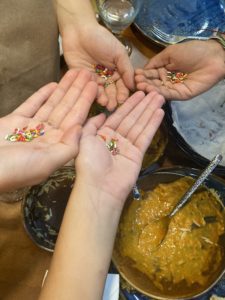 We ordered medium spice for all of our entrees except the Butter Chicken, which was mild. However, if you enjoy spicy food, I recommend hot for more kick. Overall, Tilak is a great find that has many amazing dishes, accommodating staff, and a serene atmosphere. If you are looking for a fun new restaurant with bright flavors and decent pricing, give Tilak a try.

Ella Ahn is a senior at M-A this year. She enjoys writing about sports and her community. Ella enjoys spending time with friends and traveling to new places. She is an officer on M-A Dance Team this year and is a competitive dancer outside of school.