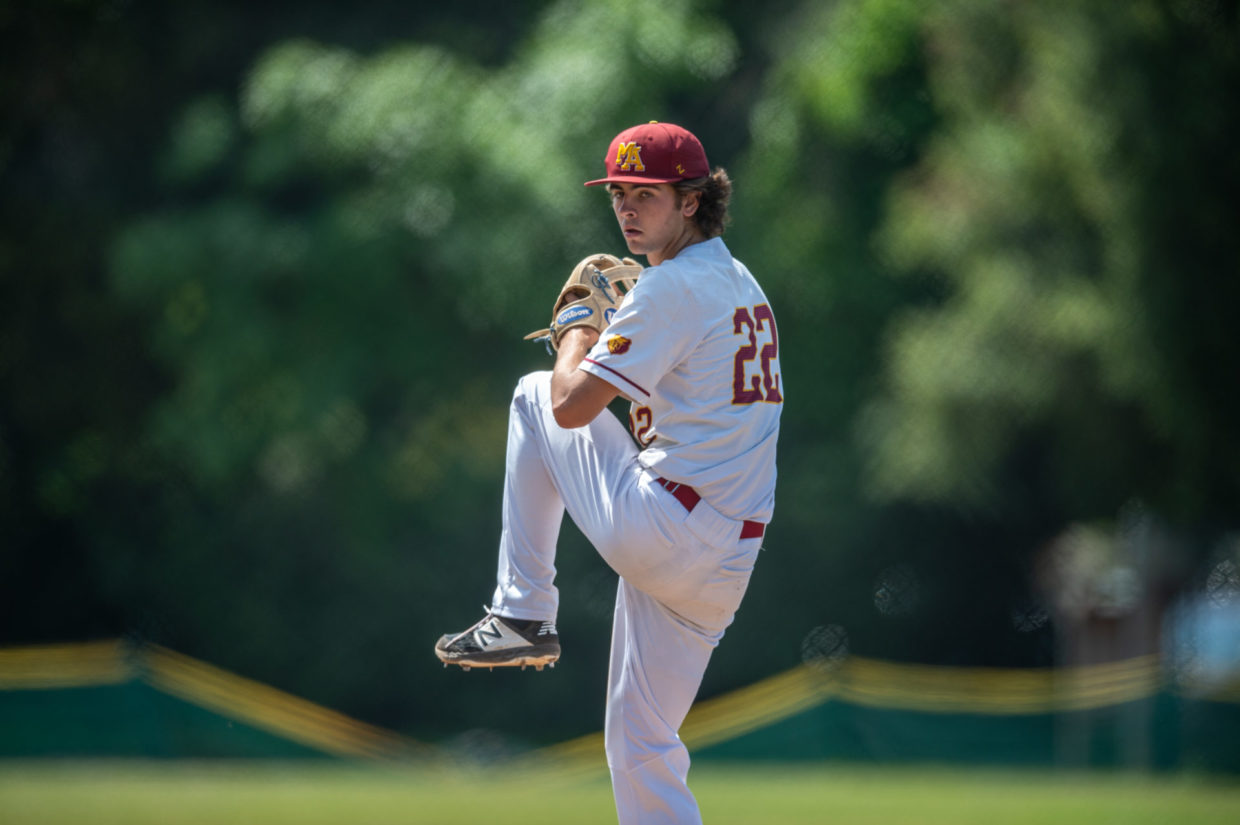 Coming off a close win in their season opener against Serra, the Varsity Baseball team beat cross-town rivals Sacred Heart 5-3 on Wednesday. Junior pitcher Rowen Barnes threw four innings and hit a home run as the Bears squeezed past a surprisingly resilient SHP.

The Bears first scored in the top of the second inning. Junior Tommy Eisenstat started with a single to left field and then proceeded to advance to second on a passed ball. He then stole third as SHP’s pitcher walked senior Kyle Hartmanis. With a 1-1 count, Barnes proceeded to hit a deep home run to left field that easily cleared the fence.

In the top of the third inning the Bears scored again. Junior Max Coupe hit a triple and scored on a sacrifice groundout from senior Tyler Nelson. However, in the bottom of the third, a pair of errors by the Bears caused SHP to score three runs. In the bottom of the fifth inning, Junior Colin Galles took over pitching for the Bears. He ended up throwing three scoreless innings, letting up only one hit with two strikeouts. The Bears scored once again in the top of the 5th on a single from Eisenstat, effectively sealing the game.

In total, the Bears had 5 hits on 25 at-bats. According to Galles, “we played great as a team today and everyone did their job and we’re only going to keep going up from here.”

Barnes added on saying “Although we were a little sloppy, we got the win which is most important. It was definitely fun playing Sacred Heart.”

The Bears look to continue their winning streak this Saturday against Live Oak High School.