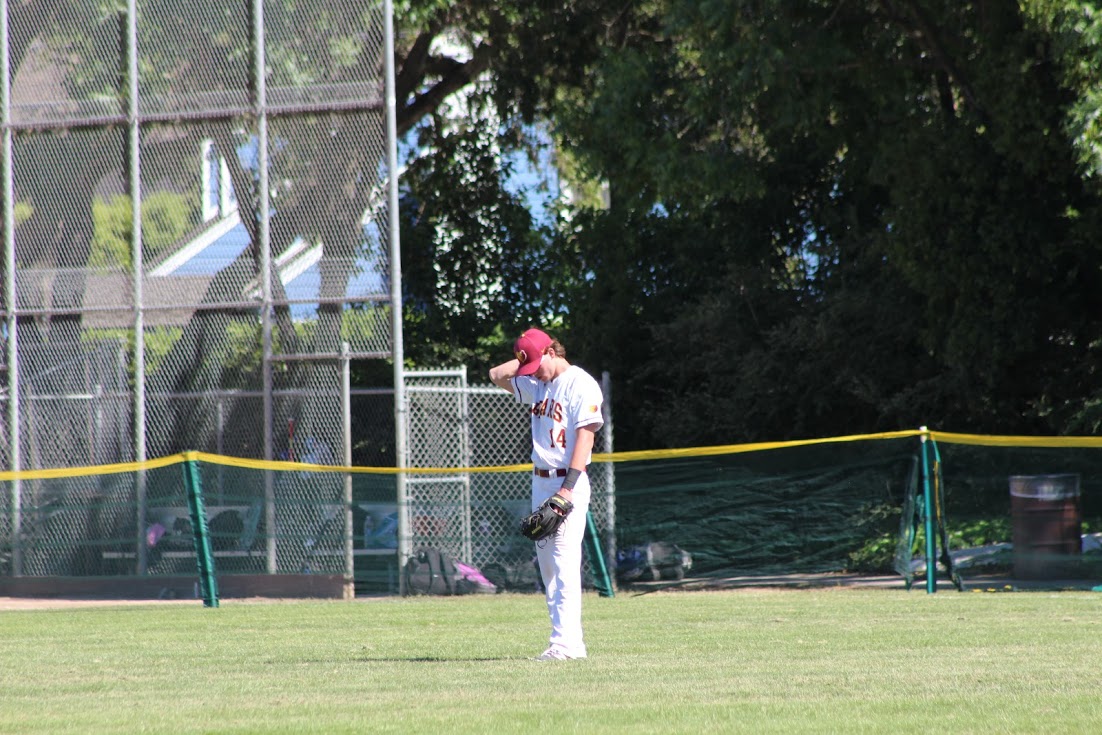 On Tuesday, a little more than a year since their last game, the Varsity Baseball team played Saint Ignatius in their season opener. In what proved to be a wild and nail-biter of a game, the Bears ultimately came up short, losing 6-3, as late offense by the Saint Ignatius Wildcats proved too much to handle.

Both the Bears and the Wildcats were scoreless for the first five innings as strong pitching from former Chronicle staff writer and Harvard commit Nate Baxter matched that of Saint Ignatius. In the 6th inning, Sophomore and recent UT Austin commit George Zaharias let up one run on a walk with bases loaded. Saint Ignatius scored two more runs in the 7th inning making the score 3-0 in the bottom of the 7th.

Things seemed hopeless for the Bears who had struggled hitting all day. Yet both seniors John Quinlan and Max Coupe got walked with zero outs. Fellow Senior Tommy Eisenstat then hit a monster double to center field that scored both Coupe and Quinlan. An error by the Wildcats ultimately allowed Eisenstat to score, tying the game and sending it to extra innings.

Unfortunately, strong batting and two errors by the Bears allowed the Wildcats to score three runs in the top of the 8th, which the Bears were unable to answer, costing them the game. Despite a disappointing start for the Bears, the team remained hopeful for the season. Baxter said “It was a tough loss but I’m proud of how we fought. I’m excited for the rest of the season and expect great things.” Fellow senior and leading scorer, Tommy Eisenstat said “It was obviously a tough loss but we showed some fight in the end and I look forward to the rest of the season. We have a tough schedule but I think our team is definitely ready for it as we’ve been practicing for two months and we have a tight group of guys that have put in the work.” The Bears next game is on Saturday at home against Sacred heart Cathedral.