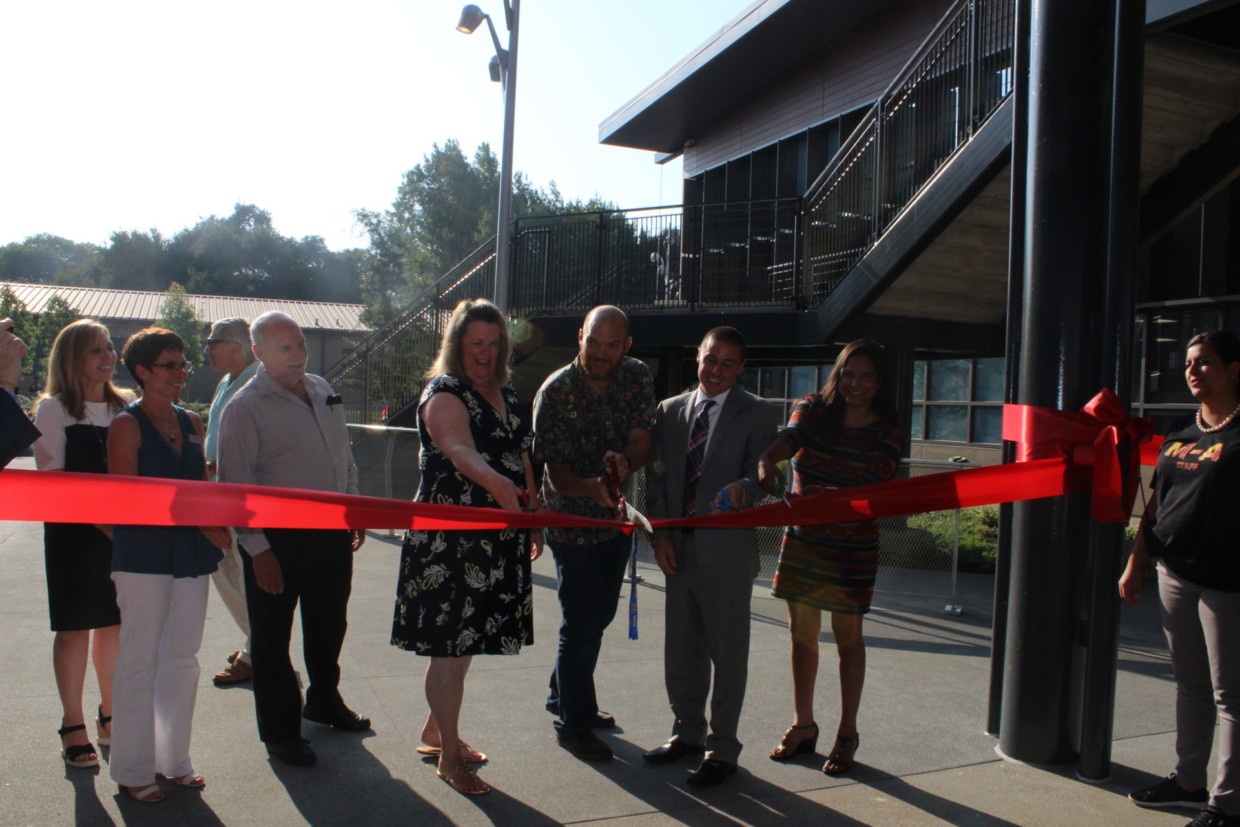 This article was originally published on The Almanac and has been re-posted with permission on the M-A Chronicle. Some additions to the article have been made.

For the new school year, students at Menlo-Atherton High School are getting a chance to use the new facilities and have classes in the recently finished G wing, the second building on campus to have two stories, after the I wing.

The 27,000-square-foot G wing adds to the campus a new quad, 21 classrooms with shared learning spaces, a learning center, new technology, and lunch tables. There is also a large bear mural on the side of the building, and students will have access to more bathrooms.

Although construction is still taking place on campus – with the renovation of the smaller playing field and the construction of a STEM (science, technology, engineering, and mathematics) building in progress by the tennis courts – M-A students are excited to finally use the new G wing.

Students were asked what they think of the new G wing in a Google Forms survey shared on Facebook, Instagram, Snapchat, Twitter and email, and posted in M-A classrooms.

Of the 134 M-A students who responded, 95 percent said that they liked the new G wing.

“It is pretty and the classrooms are up to date,” senior Alexandria Feeley said. “Air conditioning is always great! The bathrooms are also nice and new. Well, they are for now.”

Rafi Fernandez, another senior, said: “It’s a little much but very beautiful. Love the design.”

Miranda Mueller, a junior, noted that “it’s not dirty yet, and has a vending machine that sells LaCroix” sparkling water.

Vice Principal Stephen Emmi explained that the new learning center is “where students who need some extra academic support can go and receive that support.”

He said his favorite feature of the new G wing is “all the technology in the classrooms,” including Smart Boards, the interactive white boards.

“I like the shared learning spaces, too,” he said. Those spaces are rooms that straddle two classrooms, are used for smaller, instructional groups, and allow for one-on-one teaching opportunities.

Construction at M-A – at the playing field, the kitchen and the STEM building – will go on for one more year, Mr. Emmi said.

Artificial turf is replacing grass at the new playing field, which will be used for physical education, lacrosse and soccer.

If things go according to plan, this phase of the construction could end in August 2018, but might run into the fall.

Back to school night, which took place on Tuesday at 5 p.m., started off with the grand opening of the newly built G wing. Simone Rick-Kennel, M-A’s principal, and other teachers who teach classes in the new building invited parents and students to the ribbon cutting ceremony which followed with refreshments and food. 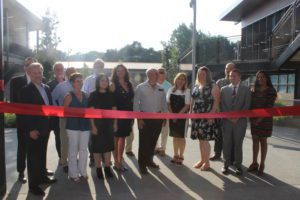 Sequoia District Union staff and teachers of M-A gather to cut the ribbon of the G wing.

Patrick Maier’s choir students gathered together to sing a song that he originally composed, using lyrics such as “although you opened late you were well worth the wait” and “the AC keeps it cool, great addition to the school”.

Kennel followed up with the history of the G wing and a brief timeline. “with enrollment growth and the building coming to the end of life when we got the bond passed there was a construction committee formed to determine ‘okay what does this school need.’ That committee consisted of teachers, parents, students, and Mr. Zito, principal at the time, decided ‘what M-A needs is a new G wing with two stories,” she said. 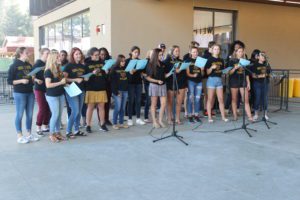 James Nelson, an English teacher who holds classes in the G wing said, “I have a lot of friends who have kids at other schools and they have told me that ‘I don’t think teenagers deserve this. It’s too nice. They don’t deserve this because they’re just going to wreck it.’ I disagree with that. I think teenagers absolutely deserve this. I really hope we rise to the challenge and take care of it.”

The G wing is now home to English, math, and history classes, with vending machines and more lunch lines at the students’ disposal.