The World Cup is just around the corner. Here’s what you need to know about Team USA. The United States Men’s National Team (USMNT) hasn’t been to the World Cup since 2014, and only one player on the team has prior World Cup experience. Despite the fact that the team is young—25 years old on average—and inexperienced, fans are still very hopeful that the team will go far in the tournament.

In order for the team to make it out of the group stage and into the knockout rounds, they will have to place first or second in their group, which includes England, Iran, Wales, and the U.S. England’s team is the world’s most expensive national team, so many expect them to go very far in the tournament. Iran doesn’t have many big-name players, but they are known for their strong defense and team chemistry. Wales qualified for the tournament very late, but has some strong attackers, including Gareth Bale, Aaron Ramsey, and Daniel James. 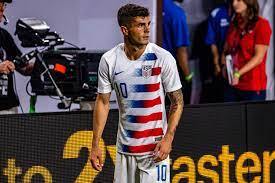 24-year-old Christian Pulisic, who plays in the English Premier League for Chelsea FC, leads the U.S. team. Pulisic is a quick attacker who has proven to be a very good scorer and dribbler. Pulisic earned his first appearance for the USMNT when he was just 17 years old. Pulisic scored five goals in the 14 qualifying games for this World Cup. He’s a young player with a massive amount of potential—perhaps the World Cup will give him a global stage to live up to his reputation as “Captain America.” Deandre Yedlin has appeared 75 times for the USMNT at various competitions, and is the only player on the roster with previous World Cup experience. Yedlin, who is 29, played in Europe for teams like Tottenham, Sunderland, Newcastle, and Galatasaray. Many expect him to play a role in leadership because of his extensive soccer experience. Many people were surprised to find Jordan Morris on the 26-man roster. Morris is a winger who plays for the Seattle Sounders in Major League Soccer and played at Stanford University. He has had a challenging career, tearing his ACL twice. Despite this, he has bounced back and earned a spot on the USMNT, getting a chance at his childhood dream of playing in the World Cup.

The U.S. plays its first game of the group stage on Monday November, 21st at 11 a.m. PT, in which they will face off against Wales. It will be aired on Fox Sports 1 channel. Here is the schedule for all games.