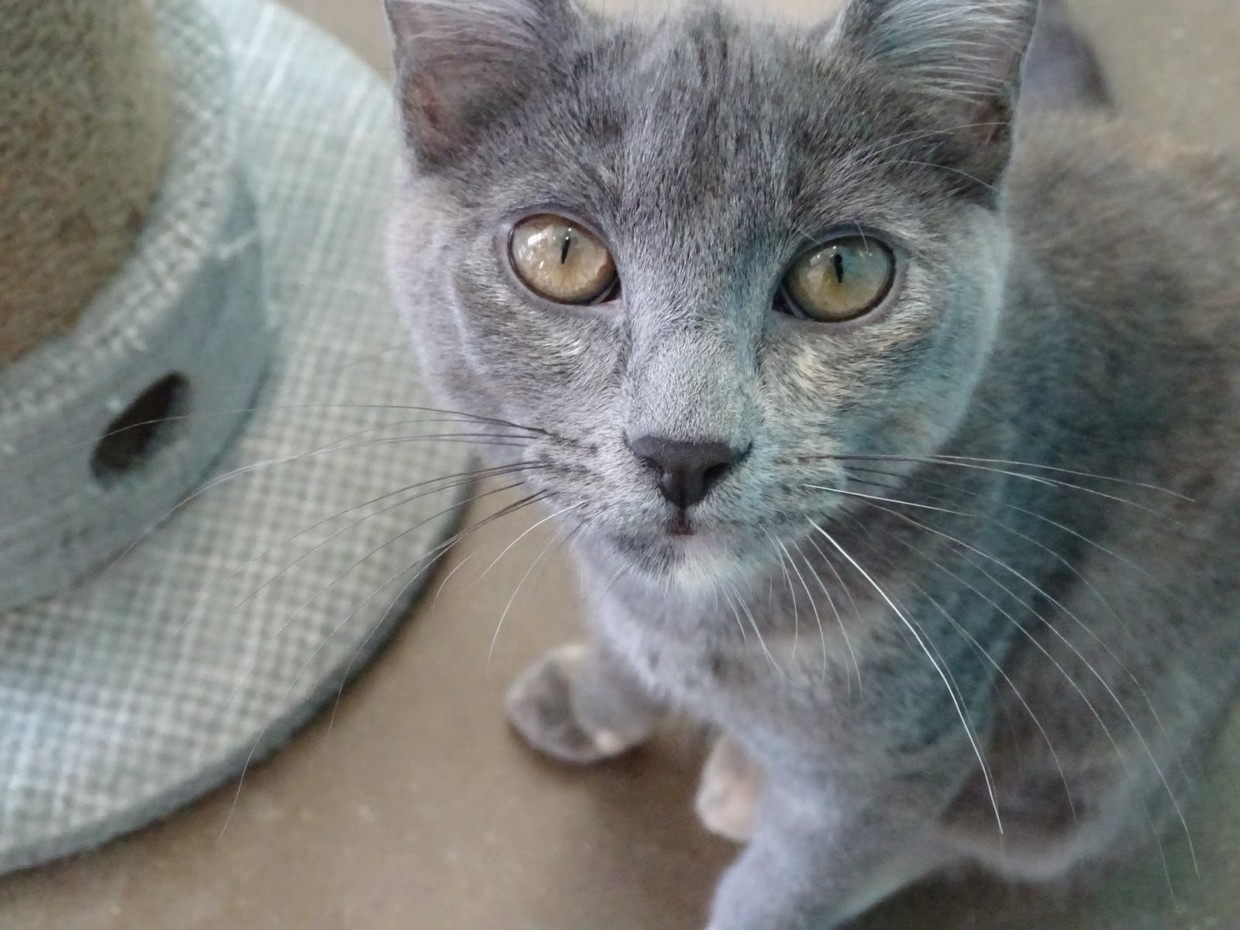 Pets In Need, Northern California’s very first no-kill animal shelter, strives to rescue as many dogs and cats as possible from euthanization in other shelters while making their shelter as comfortable and welcoming as possible. 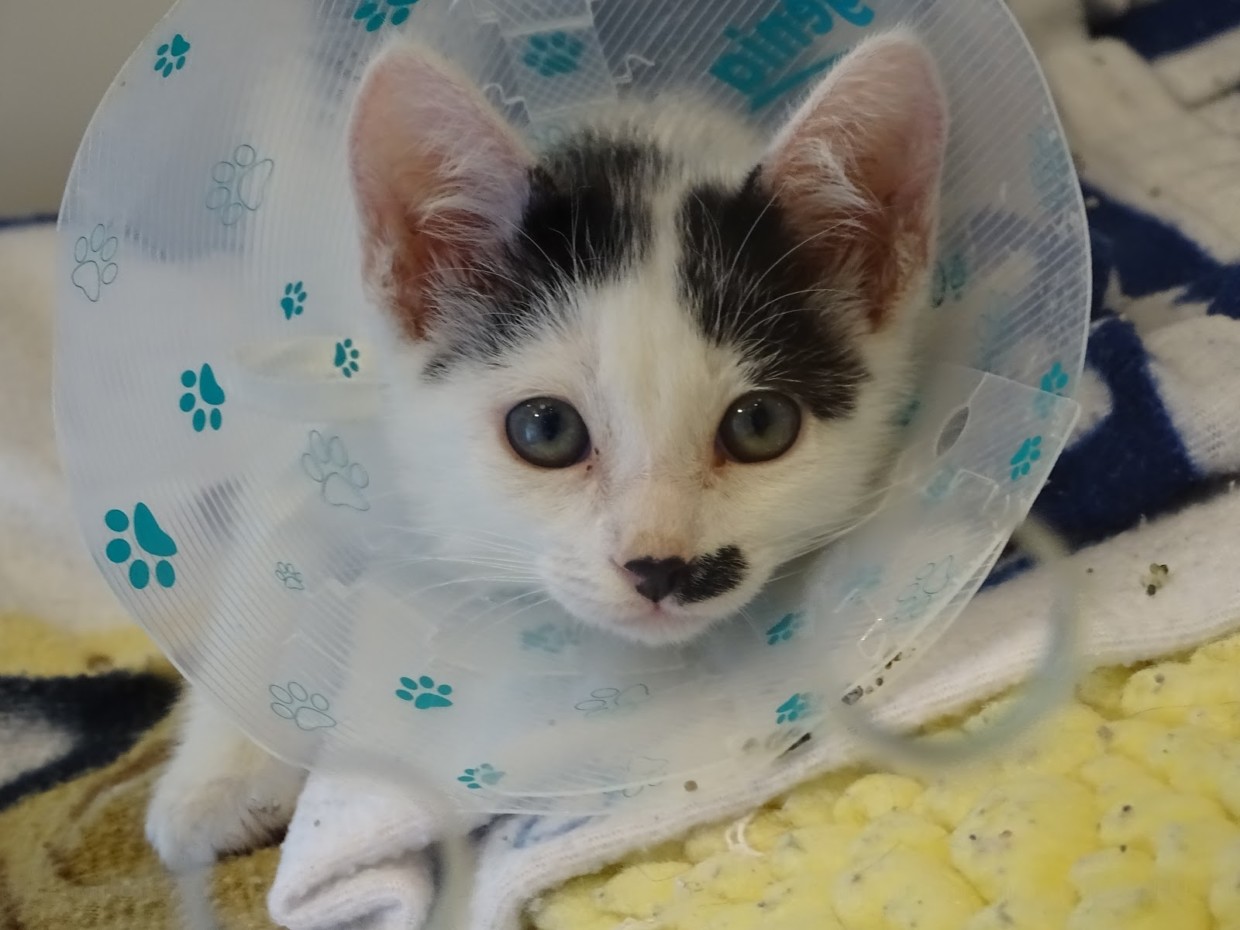 An FIV (Feline Immunodeficiency Virus) positive kitten is still suitable to be adopted, and is given a chance at Pets In Need.

According to the Humane Society, about 1.5 million shelter cats and dogs are euthanized, or ‘put down’ every year, some of which may have been suitable for adoption, had there been enough space, or behavioral resources at the shelter. However, because other public shelters are funded by the state or county, they must adhere to stringent standards regarding which animals are considered  “adoptable”. This leaves many potentially adoptable animals at risk of euthanasia, when in reality, they could have found a new home, if the circumstances had been different.

Marsa Hollander, the programs manager at Pets In Need described the standard for adopting in some public shelters the staff visits as, “Any animal that doesn’t have behavioral issues, no health issues, that’s pretty much the ‘perfect little lab’ or like, you know, the ‘perfect dog [or cat].’”

Pets In Need goes to public shelters, stationed throughout California, and perform what they call ‘rescues’, in which they bring as many animals as they can back to their facility. Hollander explained that every animal housed at Pets In Need was at one point on death row at a different shelter. The rescue staff members are able to choose which animals they bring back, which means that none of the animals that enter the facility will be euthanized. At the Pets In Need facility, the animals live in comfort with certainty that they will not be euthanized, regardless of the amount of time needed to find them a home. Hollander described the rescue process in detail, explaining how each animal at Pets In Need arrives at the shelter in the first place. 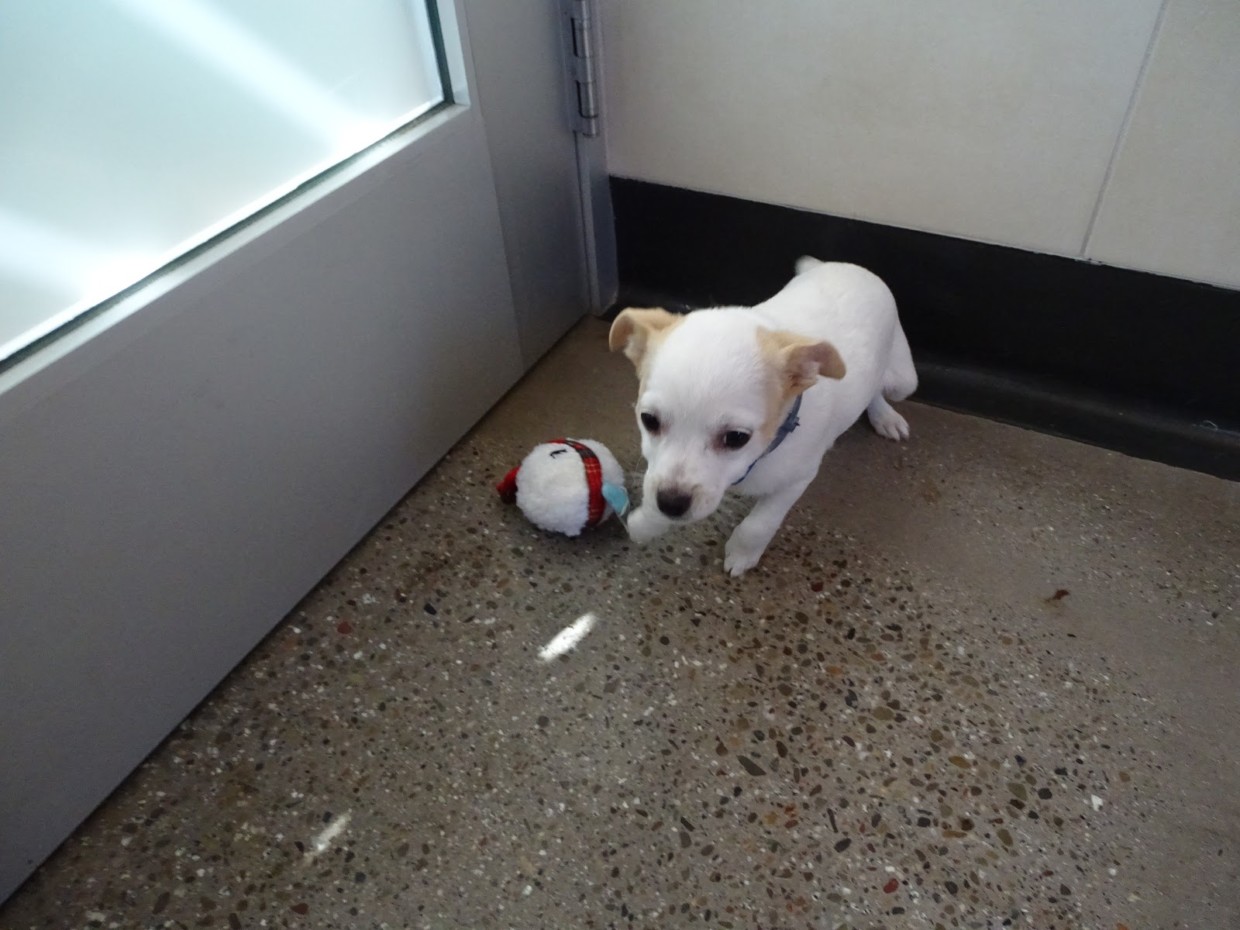 Another animal, currently staying at the Pets In Need Shelter.

“So, we’ll get a list, of what they [other shelters] have available, and how long they’re going to be at that shelter for before they’ll euthanize them, and Patty and I will drive down to wherever we need to go. We go as far down as Fresno, we’ve gone as far down as San Bernardino and picked up the animals. We take the van, all of the crates, we go into the rooms, do mild behavioral testing, pack them up, and bring them back.”

The main goal of the organization is to save animals who have even the slightest chance of being adopted but are in danger of losing their lives because of overcrowding, or temperamental behavior.  Hollander also stated that because Pets In Need has designated behavior specialists, they are able to save even more animals, including ones who would not necessarily meet adoption standards at public shelters, and dedicate their time to helping these more difficult animals become suitable for adoption. 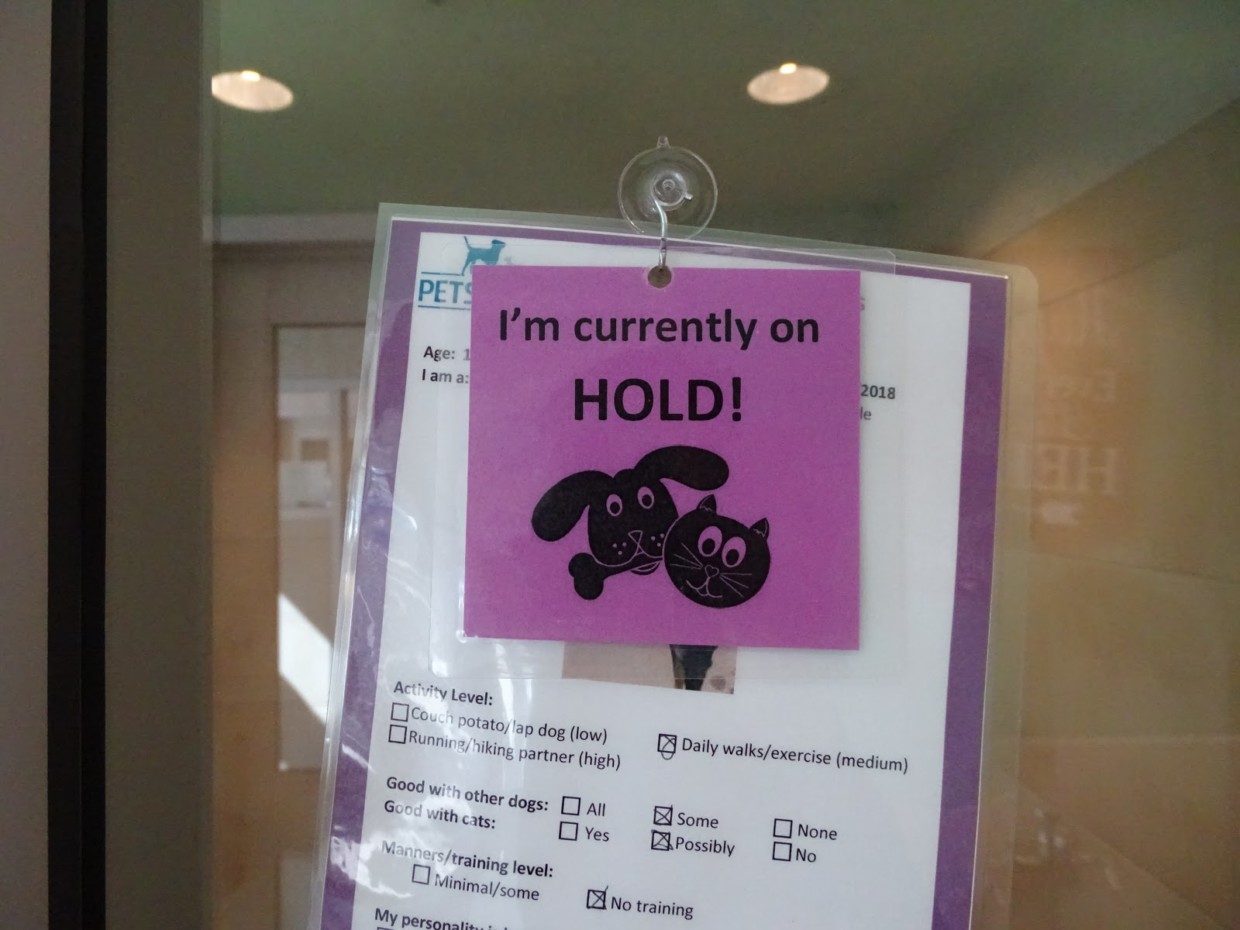 A sign hanging on one of the doors at Pets In Need.

“We, as you know, have behaviorists that work with our hard-to-place dogs, and we rescue them, and they do find homes.”-Hollander

Hollander recalled a specific instance, in 2009, in which she had a particularly disobedient Chihuahua whom they dubbed “Edmond”.

“He was a white Chihuahua, with no teeth, and he would pee on, and bite me every day. He was here from 2009, and in 2014, he got a home. He went out, and nine months later he was diagnosed with cancer and passed away. But, he got to die in a home, and the older man who had adopted him loved him.”

Although currently there is only one shelter located in Redwood City, the organization is looking to expand, as they are currently working on building another facility in nearby Palo Alto.