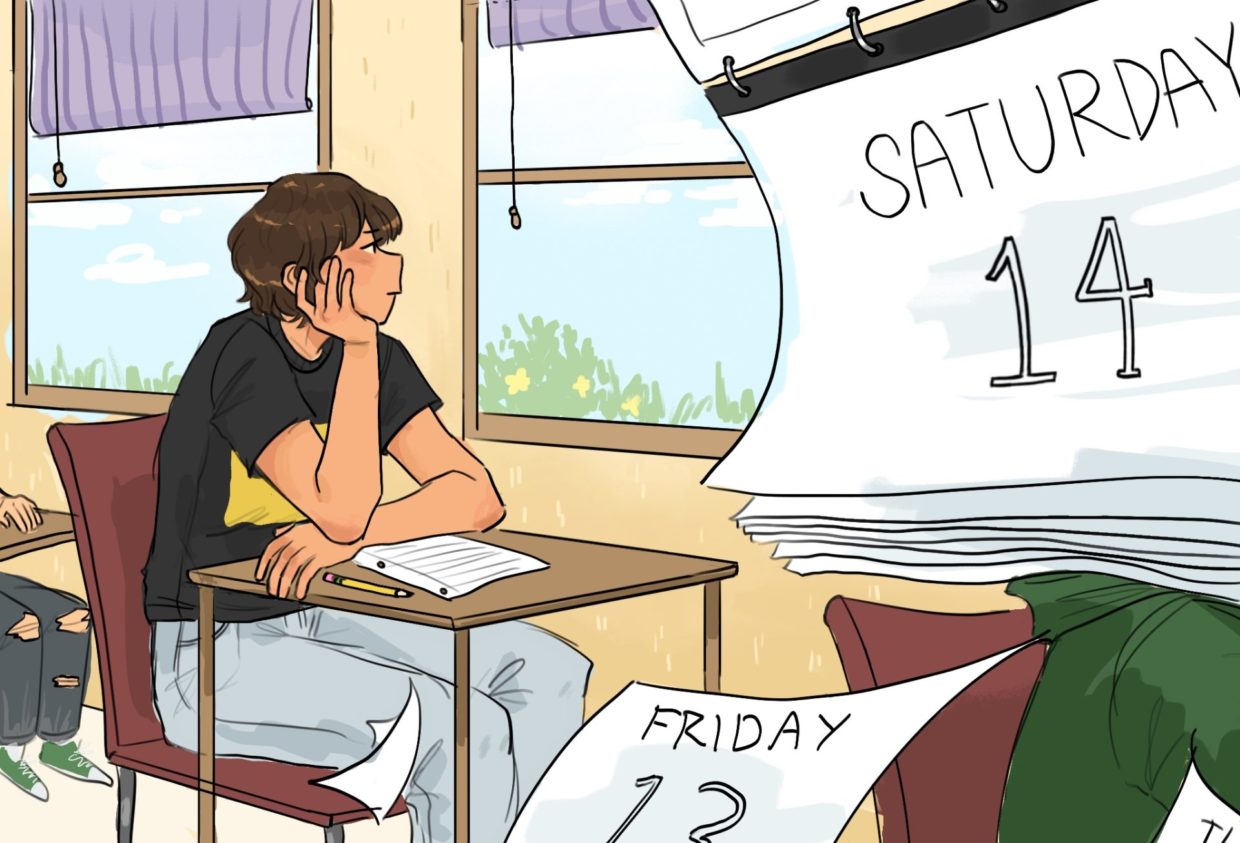 Administrators announced that M-A is implementing a new Saturday school policy in an attempt to decrease suspension rates. The new program will be a mixture of detention and community service.

Emily Rigotti, a new assistant vice-principal, defined the policy as “an alternative for suspension because we’re hoping to decrease suspension numbers so that students don’t miss school and instead it serves as a consequence to do community service for four hours on campus on a Saturday.” It will not be put on students’ records as a suspension; rather, it would be noted as an “alternative to suspension (ATS).” Administrators do not yet have a set date for the program to begin, but are hoping to set it in motion as soon as possible.

Rigotti outlined, “For a chunk of it, it’s a reflection time, where you talk about in your group why you ended up there, how can you restore in your community the harm that you’ve caused. So if you ditched a ton of history classes, how can you fix that with your teacher, and then maybe some time to do some homework to catch up, and then have some community service after that.” The punishment will be used for students who are on the verge of a suspension for reasons such as skipping class, being consistently late, and using drugs on campus.

Some students have voiced their disagreement with the policy. Senior Nathan Paris said, “If Saturday school is a punishment for people who don’t come to school, what’s their incentive to come to Saturday school?” Junior Thea Higgins echoed this concern, saying “It’s going to be hard to get people to actually come here on a Saturday.” Freshman Georges Mhanna agreed, “The weekend is already too short.”

Rigotti said, “If you don’t show then it would become a suspension, which would be worst-case scenario.”

Paris also stated,“Students might have to utilize the weekend to do certain things and implementing Saturday school might put them at a disadvantage.”  In response, Rigotti said that certain issues can be worked out on a “case-by-case” basis, meaning some students may be able to make up the time after school during the week.

English teacher Susie Choe agreed that it will be a positive change, saying, “It gives a middle ground between whatever might be in-school detention versus suspension. I like that we are having students give back to the community in Saturday school in a restorative justice format where they are going to help out at the school. I also want to make sure that [students] are made aware that [their] actions have made an impact on the community, so we’re going to bring you in on your time to give back.”

Rigotti described that Saturday school would be staffed by teachers who would volunteer to work extra on Saturdays. She hopes that the policy would be mutually beneficial, as teachers would receive extra pay.

According to administrators, M-A had 194 suspensions in the 2018-2019 school year, compared to 182 the year prior. Rigotti believes the policy will decrease possessions of drugs on campus and make students realize the consequences. Stephen Emmi, who initially introduced the concept, felt like it was the right approach to reduce the number of suspensions. Emmi even thinks of it as a “positive community building,” and this program will hopefully affect only those “who really need” to learn their lesson.