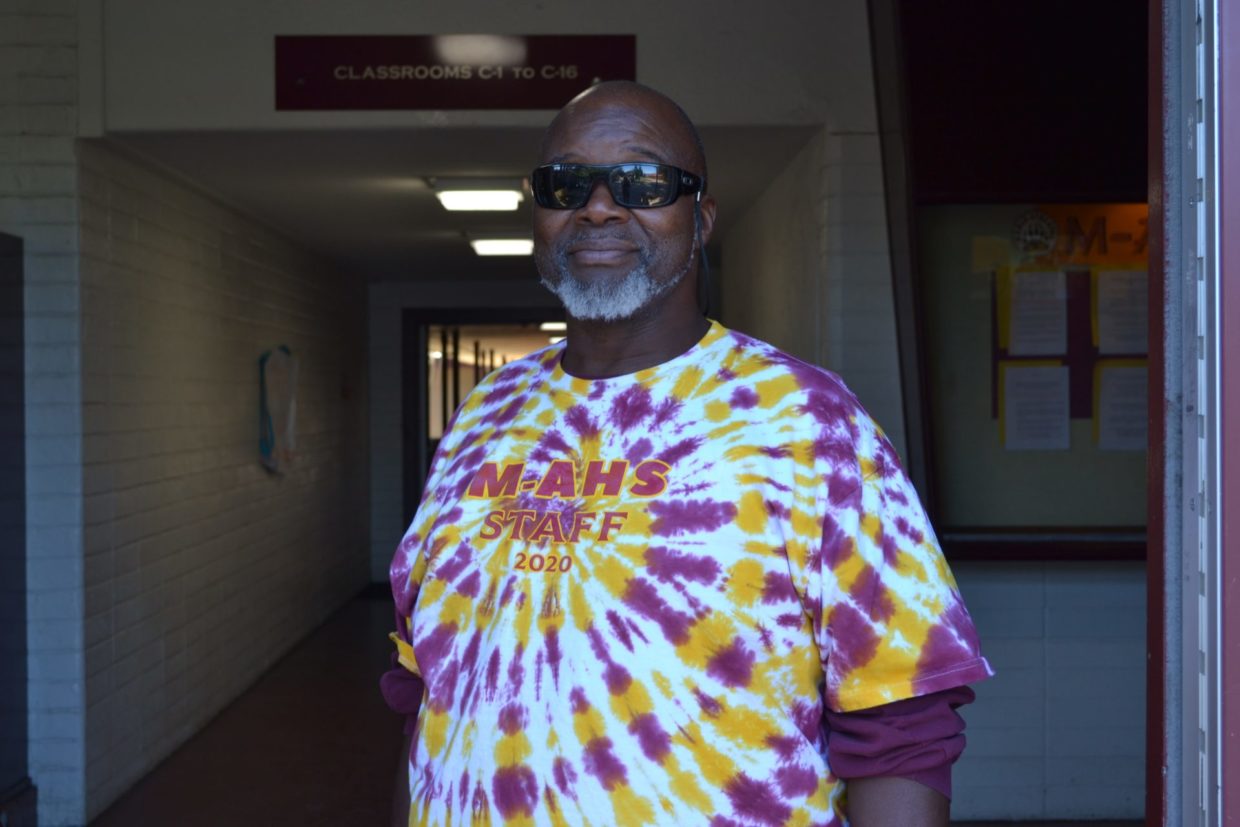 At M-A, campus aides spend their day enforcing the rules and regulations of the school, but their presence on campus is also a dynamic and unique part of the school environment. Throughout their day, campus aides toe the line between acting as an authority figure and familiar face to students at M-A.

Campus aides said interactions and bonds with students were the most fulfilling parts of their jobs. Julena Alvarez, an M-A campus aide of three years, described how she enjoyed seeing the diversity within the student body. “It’s not just one set of kids. You have different kids and different emotions, and I like working with that because then you’re not getting the same thing every day. There are so many different people here, and I love that.” 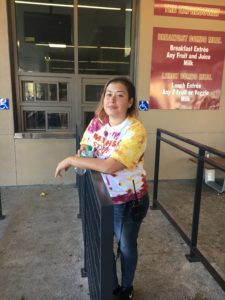 Julena Alvarez has been a campus aide at M-A for 3 years.

Ofa Tamani, who was a campus aide for three years before becoming an Assistant Vice Principal (AVP) secretary, said that she also enjoyed engaging with the student community. As a campus aide, she began each day by “saying good morning to everybody that I could. And then, of course, when the bell rang, then I had to say, ‘Oh do you have a pass?’ or ‘Where are you going?’ But I think the best part were the conversations.”

The tasks campus aides do on any particular day vary on a case-by-case basis, but persistent challenges on the job include retaining students’ names and working outside all day when it is cold. Sam Stephens, a campus aide of 23 years, said that each day’s uncertainty makes it tough to mentally prepare for each day on the job. “You just have to deal with everything in the best way you can,” Stephens said.

Tamani echoed these thoughts, saying, “I think that’s what makes a campus aide; the hustle and bustle. I think there were some days you worked a bit harder than previous days.” 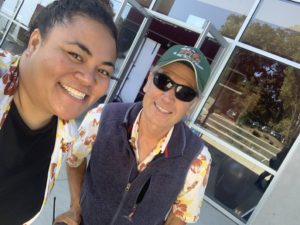 Like other campus aides, Tamani drew on her previous experiences as a student. “Believe it or not when I went to highschool I had two uncles who were campus aides. So everything they told me to do, I still find myself telling students to do.”

Besides being an authority figure, campus aides try to be role models for students. Stephens refers to his experience growing up in segregated Georgia to encourage students to take their education seriously. “A lot of people don’t see it in me, but I was very shy in high school. I came up in a different era; in the days of segregation in the South in Georgia. It was put out to us as young kids to get your education, get a job, and take care of your family. When I look at education when I was young, not too many people mentioned anything about college. You didn’t hear it as much in the African American community.”

Stephens continued, “My whole life I’ve always been around people. In the grocery business, in the military, working in the hospital, and driving busses. I feel I am a people’s person.” 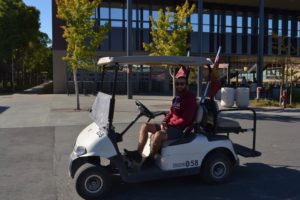 Robert Lee has been a campus aide at M-A for two years.

The campus aides confirmed that, despite being figures of authority, they are here for the students. “We are not your enemies” Alvarez emphasized.

Sam echoed this sentiment, pointing out that like the other adults the campus aides at M-A are “trying to guide you and teach you the right way to go.”