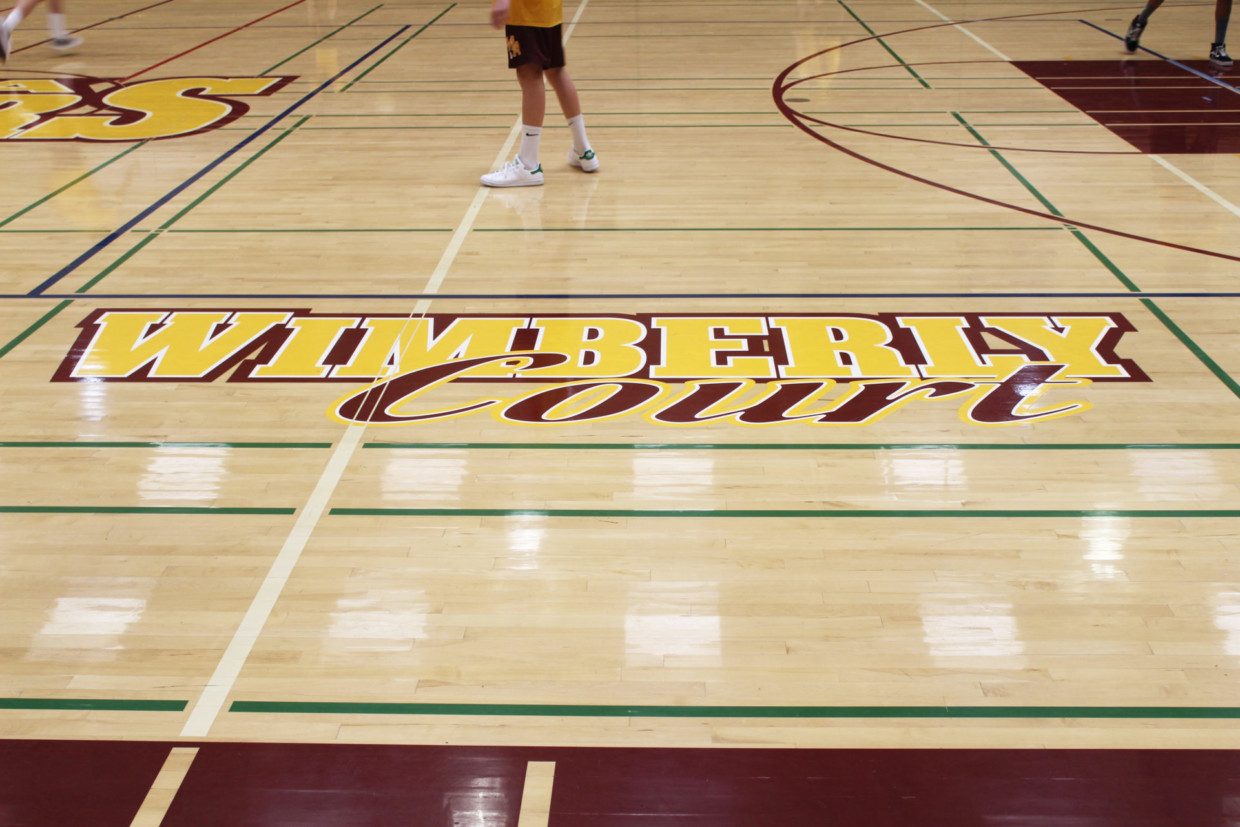 During halftime of senior night on Friday night, between Carlmont High School and M-A, legendary Physical Education (P.E.) teacher and former girls’ basketball coach Pam Wimberly had the court in Ayers gym officially named after her. Wimberly has had a distinguished career at M-A as she has spent 50 years at the school and she even continues to work as a P.E. teacher.

Junior Trystan Uphoff, like others, knows the lasting impact Wimberly has left and continues to leave at M-A as he said, “I’ve heard how she always put kids, coaches and players ahead of herself. She is definitely leaving an extremely positive impact on everybody that she coaches. It is crazy how parents had Wimberly as a kid and they still have a lasting impact so many years later.” 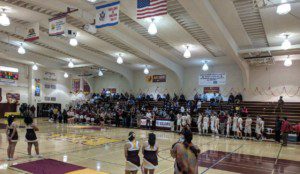 Athletic directors Paul Snow and Steven Kryger presented the award to Wimberly and after a few people made some speeches, cheerleaders removed the cover and the name ‘Wimberly Court’ became official.

A bunch of people came up and congratulated Coach Wimberly on her 50 years at the school and preached about how much of an impact she has made on M-A. Wimberly also coached the girls’ basketball team for many years and was the athletic director for a long period of time as well.

Wimberly continues to teach at M-A and, considering how much she has done to transform not only the Athletic and Physical Education Departments, but our school as a whole, she deserves a lot of credit for how far this school has come over the years. Uphoff knew this unveiling was something special.

“Everyone was very enthusiastic and on their feet and clapping. The basketball team went into the locker room, but when they heard the ceremony was starting they came right back out,” he said.

It was even an added bonus that both the boys’ and girls’ varsity teams won on senior night as Carlmont was blown out in both games.

Uphoff said, “This was a great honor. Mrs. Wimberly cares deeply about this school as everyone has said that in her 50 years, she has really made a big difference at this school since she first got on campus. It was very well deserved.”