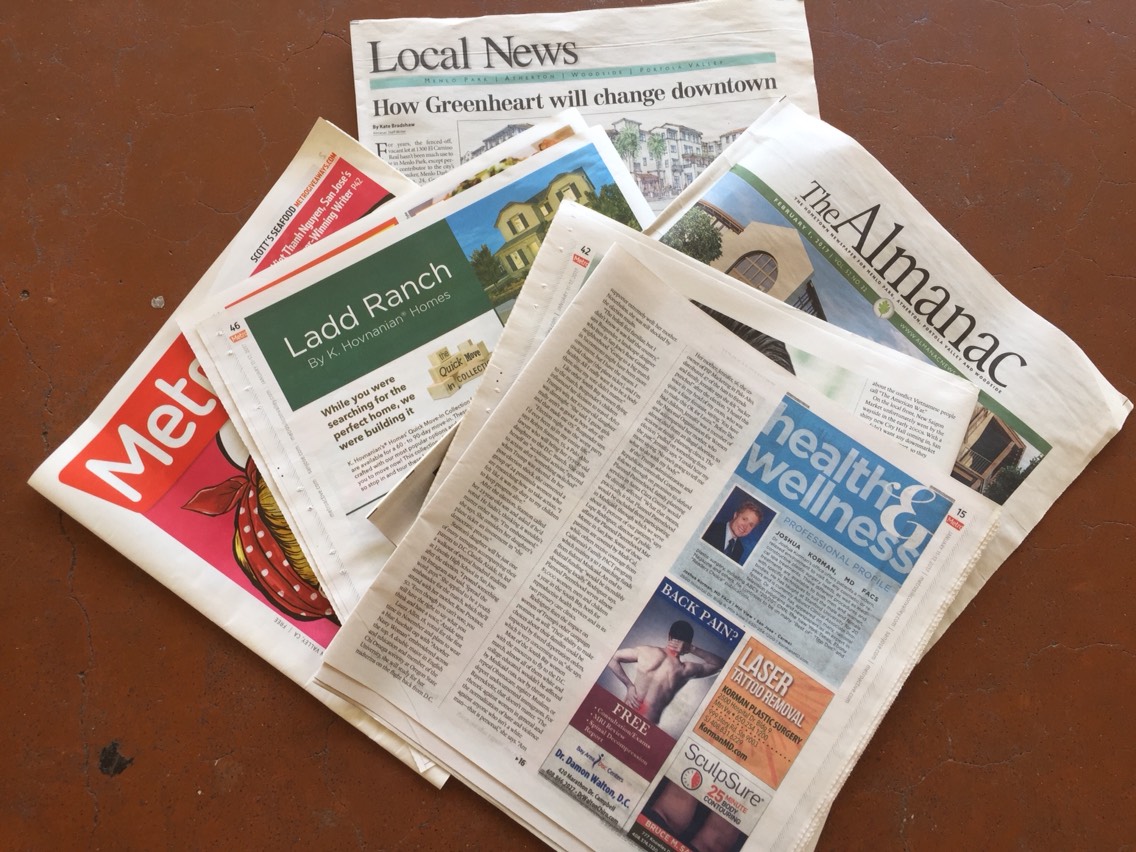 Local journalism continues to be important

The importance of local journalism sites is often overlooked in a widely digitalized era. However, local news sites are flourishing in this modern age, and serve as a vital link between the individuals of a community and the outside world.

Emilie Raguso, a writer at Berkeleyside, an independent local news site, originally joined local journalism in 2010 in order to have a “rigorous newspaper experience.”

Local newspapers work tirelessly in order to cover the multitude of events unfolding around them. In 2010, and still today, the newspaper industry was struggling, getting rid of internship programs, and buyouts frequently causing people to lose jobs and move on to the next big thing. During these years newspapers moved away from the traditional paper publishing and turned to news websites. At the time, people were hesitant to turn to online news since they believed the online sources lacked credibility. “If you were not a paper, it was questionable” explained Raguso.

However, as the internet grew in popularity, so did these new online news sources.

Local journalism gives a community the ability to learn about what is going on in their neighborhood and connect with other people. The inability to connect with the local community isolates individuals from the neighborhood. Local journalism works to bridge the gap between an individual and the community. “Every day people were telling me how what I was doing was so important to them” said Raguso, describing her time covering local news stories.

Local news “really does have that power to connect people and help them make better decisions.”

For example, if one is walking down the street and sees a terrible car accident, local journalism has the power to find out how an incident occurred. Thus, journalism answers the public’s questions as quickly and accurately as possible, giving the people peace of mind and building a more informed community.

Furthermore, local news sources serve as a monitor for local government and corporations. “You want your local institutions to be acting ethical” said Raguso, “and local journalism has always played this watchdog rule.”

The news sites “keep a close eye on all local institutions that we give the power to shape our community,” and have the ability to call out organizations if they make an unethical or controversial decision. This creates a balance between the community and government. Through journalism, the people feel confident that businesses cannot get away with anything they want, and at the same time, businesses can take advantage of local newspapers to advertise their products and connect with the community.

Despite working in a smaller radius, finding stories or competing with global news networks was never a problem. “At the local level, we’re the ones on the front line” explained Raguso, “we’re the ones that the bigger news networks are watching to know what’s going on.”

Local journalism also provides global news sources with valuable insight into local issues. Unlike these large organizations, local news sources know the local community personally and have deep networks within the police and neighborhoods from whom they can obtain detailed accounts or new perspectives that global news sources might not be able to find as easily. Without local journalism, important details may go unnoticed. Quite often, a global ‘viral’ story starts with local journalism. Additionally, now that everyone is online, larger news organizations look on clicks versus time, while local sites focus more on quality rather than quantity.

The challenges local journalism faces today do not come from other news sites, but from social media which facilitates the quick spread of rumors and misinformation. People have the ability to get information faster from inaccurate sources. While a news site might be fact-checking and writing their articles, hundreds have people may have been misinformed by a single post on a social media site. Local journalists often must race against the clock in order to obtain accurate information and release them to the public. Due to the efforts of local journalists, these articles often help clear up a situation and call out the rumors.

The city never stops, and local journalism sites are in a constant battle to keep up with the events unfolding all around them. However, Raguso believes that the future of journalism is in local independent organizations. Without local journalism, communities would become isolated. However, through the spread of information and stories through local journalism, people can keep in touch with their surroundings, and live their lives as well-informed neighbors.