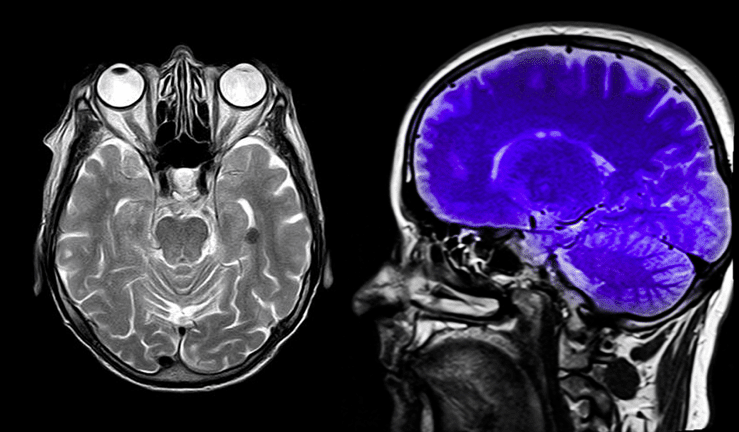 Annie Payne, a junior at M-A, experienced three concussions due to varsity lacrosse, which affected both her health and education.

Payne had her first two concussions in 2015, a situation she described as “second-impact syndrome,” where she suffered another concussion before her first had healed.

First, she was hit in the nose when a girl shot a lacrosse ball at her face. After being hit, Payne was allowed back in the game. However, Payne said she “didn’t realize that [she] was putting [herself] at risk by going back in.” She explained that she had the ball and was running before tripping. Then, a girl fell on top of her and Payne hit her chin very hard on the ground. 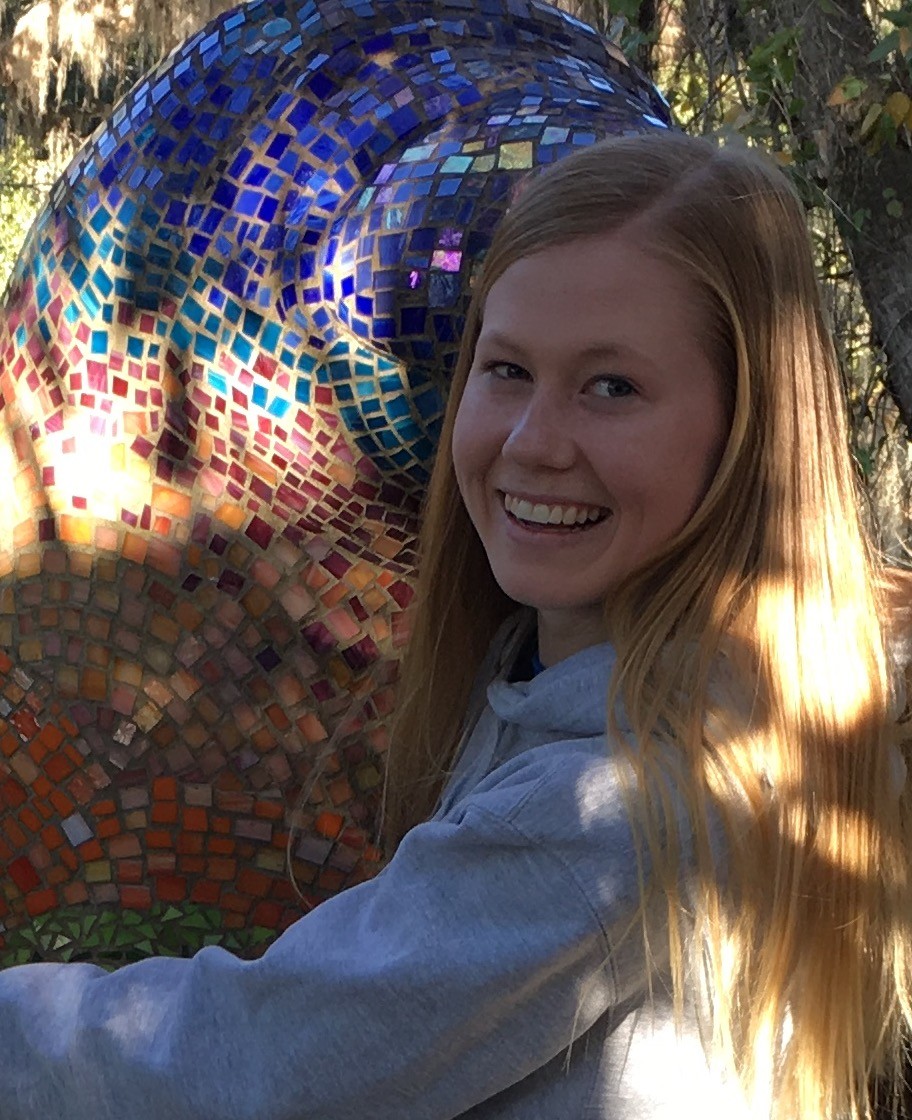 Payne has been struggling with some memory loss from her post-concussion period.“I don’t actually remember any of that… I don’t remember pretty much any of last fall.”

“I also had a third concussion last year, which was super fun,” Payne joked.

Once in a while, Payne went to a neurologist to take tests. She experienced excruciating headaches and she tried to alleviate the pain with medication. She also suffered severe mood swings, which she was unable to treat.

Payne still suffers from painful headaches, but now she has “good days and bad days.” During her worse days, she is “really out of it.”

When she first came back to school, Payne got lost a lot and did not remember people’s names easily.

Since she missed a month and a half of school, she dropped two classes her sophomore year: Advanced Standing (AS) Chemistry and AS Algebra II.

Payne said most of her teachers were understanding, but she had a few who were reluctant to help her. However, since she very clearly had doctor’s notes, they were not authorized to give her schoolwork for a while because it would set her progress back. Her counselor was incredibly helpful with her situation. “Shoutout to Ms. Sandora,” Payne laughed.

Now, during her junior year, she is behind in several of her classes.

“I’ve become a worse student,” she laughed. “Like, I get okay grades, but I procrastinate a lot, I have huge focus issues, and still have some memory issues.”

Currently, Payne is taking math online as an independent study period because she cannot keep up with the fast pace of the class itself. She explained that this situation is very difficult for her because she has to finish last year’s math along with this year’s math. “It was really hard for me because my brain wasn’t working well when I came back, but I had to catch up and keep going at the same time.”

Payne said she has to be very careful when it comes to lacrosse. “One more concussion, and I’m done.”

Payne will continue to play varsity lacrosse this year and catch up in her classes.

During her first two years of high school, junior Navya Anne developed an uncommon disease called sphenoid sinusitis, which according to the United States National Library of Medicine, can potentially cause harmful complications like cranial nerve involvement, brain abscess, and meningitis.

Toward the end of her freshman year, Anne had the flu and decided to go to the doctor after she started having trouble hearing. The doctor she visited “said nothing was wrong even though there really was something wrong,” according to Anne. Later, she had to stop going to school due to extreme pain in her neck and head. 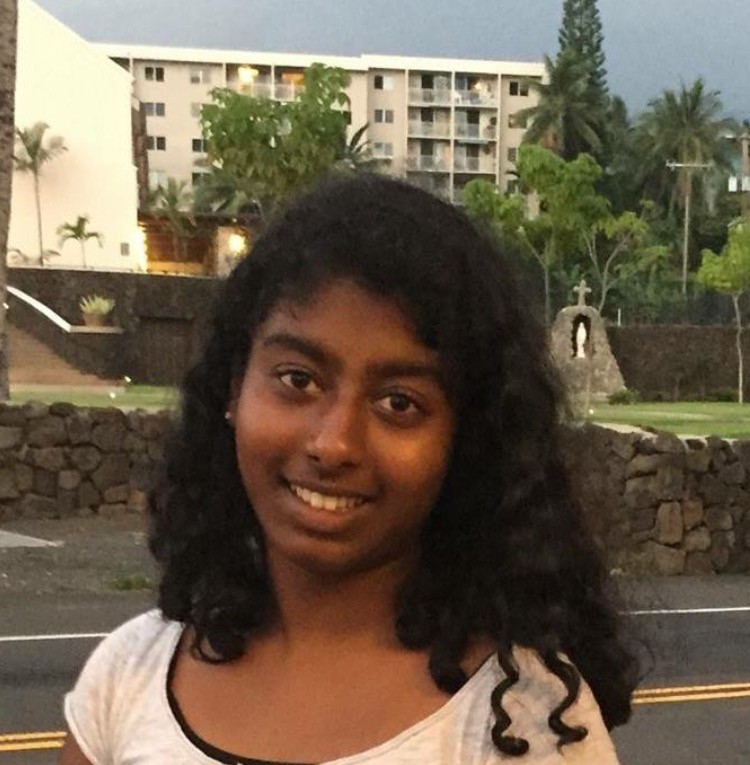 Anne remembers one day when she was sitting in her room crying because “[she] was in so much pain.” After this occurrence, her mother took her to the hospital, where they were told to go to the emergency room immediately. Anne remembers a woman saying she would drag her there if she did not go at that very moment.

After spending six hours in the emergency room, the doctors still could not find what was wrong, until Anne’s mother “kept pressing them, and finally, they found what it was.”

The doctors informed Anne that she had something called sphenoid sinusitis, where there was fluid in a sinus cavity on top of the brain, causing it to swell shut. They were worried the fluid had gone into her brain, but “luckily it hadn’t.”

Anne was then admitted into the hospital for a week, given antibiotics, and later told she would have to undergo a risky surgery.

Her doctors explained that it was a dangerous procedure because they would have to go through the nose, right by the brain, so there was no room for error.

After Anne made progress, the surgery was called off and she was allowed to go home. Anne was still experiencing headaches and pain on top of her head, as well as a very swollen neck. “[At a follow-up appointment], my doctor said that they were stress headaches because I was a high school student,” she laughed. “He totally disregarded me and just sent me home.”

After missing a month of school, Anne returned to continue her classes. She was still taking antibiotics and medicine, but she admitted that “trying to cope was really hard.”

In order to continue coming to school, she had to drop three classes. First, she had to stop taking P.E. She also had to drop her Spanish and history classes because “the makeup work was just too much.”

Over the summer, Anne completed her Spanish and World Studies classes in a month. She also continued trying to find a solution for the disease. She recalled, “My entire summer was a series of MRI’s, visiting different doctors, and seeing the neurologist, who didn’t tell us anything.”

Anne said, “Finally, we went to this one doctor, a rhinologist who was also a pediatrician.” This doctor admitted he was uncomfortable seeing her because he was nervous and did not want to damage his reputation. “He’d never seen anything like it, especially not in someone as young as me,” she explained.

The rhinologist recommended Anne to an adult doctor. “He only saw me out of courtesy, just to see what was happening, and it turned out that he knew what to do.” Anne was then put on steroids and antibiotics for the whole summer, which unfortunately “didn’t help.”

Near the end of the summer, she was cleared to fly on an airplane, so she and her family decided to go to Hawaii for a vacation. In the middle of their stay, they received a call from the doctor, who told them Anne needed to get surgery right away.

“I wasn’t expecting the surgery…He called us right after having a conference with other doctors about whether or not I should get the surgery,” she stated.

A week later, school started, and Anne’s surgery would be scheduled for sometime in September or October, whenever all the paperwork went through and they were able to get a room.

But after only four days of school, Anne said she could not be in class “because [she] was in too much pain.”

The next Monday after school started, Anne was scheduled to have the surgery. “I even came that Monday for a half day,” she laughed. “I left at one…My surgery was at two.”

Anne confessed she became worried about having the surgery after hearing her father talking on the phone with someone. “He was saying that they had to take a biopsy of the fluid in my sinus to test if it was cancerous, and that’s when I really started freaking out.”

The surgery went well and Anne was able to return to school after a month.

Cumulatively, she had missed two months of school. Anne felt that M-A had been very understanding about her situation. “Because they knew I was a good student and consistent with my work, they tried to help me out more and were more lenient.”

Anne had an arrangement with her teachers where all her makeup work would be due at the end of the semester. She felt this was very difficult to do since she had to do twice the amount of work at the same time, but she was able to catch up in all her classes.

Now, Anne still experiences some lingering effects of the disease. Although her headaches stopped after spring of her sophomore year, she cannot do intense activities or else her head and/or neck will hurt. Her ears and neck also swell up in the cold, “but it’s getting better.”

Anne said having to deal with the disease, and spending so much time in the hospital, has inspired her to pursue a future career in the medical field.