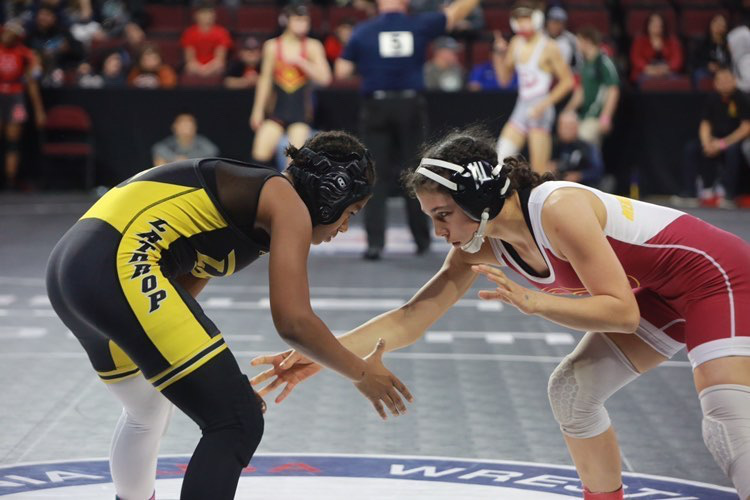 Despite legal disputes that have allowed several contact sports such as volleyball, football, and soccer to compete in league games, the wrestling team has yet to take part in matches this year.

However, the team’s vigorous training is not to be underestimated. Some wake up at five in the morning in order to get three workouts in a day, while others run, kickbox, perform HIIT(High-Intensity Interval Training) workouts, and lift. Without matches to motivate wrestlers to stay in shape, many feel it is hard to maintain such a high level of exertion. Still, junior Gwendolyn Tomkins said, “I train for my team and to get stronger so I can improve my wrestling skills.”

In preparation to play at a collegiate level, junior Elijah Barasch mentioned that “the best way to make my goal a reality is to train and improve. I want to make the most out of the opportunities I’m given.”

This season the team had to make some major changes to the way they train. They started with about two months of outdoor, socially distanced conditioning, focusing on cardio and strength training. On March 26th, wrestling got cleared to practice indoors. Barasch felt that “everyone was very enthusiastic to be back indoors” because they could finally add technique training to their practices.

In order to ensure the health of the wrestlers, the team follows several safety protocols. In addition to wearing a mask and maintaining a six-foot distance, the team keeps all doors open and has installed proper ventilation and air purifiers. Bensoussan also explained, “We will begin regular testing and wrestlers will attend the testing sessions weekly.”

Sophomore Kiely Tabaldo added that “some people see wrestling as unsafe during this time, but aren’t aware of the protocols and measures we are taking.”

Despite such safety measures, the wrestling team has still yet to be cleared to participate in dual meets, and many are getting frustrated. Barasch said, “In my opinion, sports like wrestling and football are at the same level when it comes to physicality. Although football is generally outdoors and provides funding for the school, you’re closely surrounded by literally 21 other guys on the field at any given time, only half of which you know.”

Tabaldo explained that she also does not understand why “we must endure much more time off meanwhile football has a season and is a really big contact sport.”

She said that “it’s the fact that people are most willing to fight for football since it’s a big sport and has a great support system. The M-A wrestling team may not have that and it’s showing.”