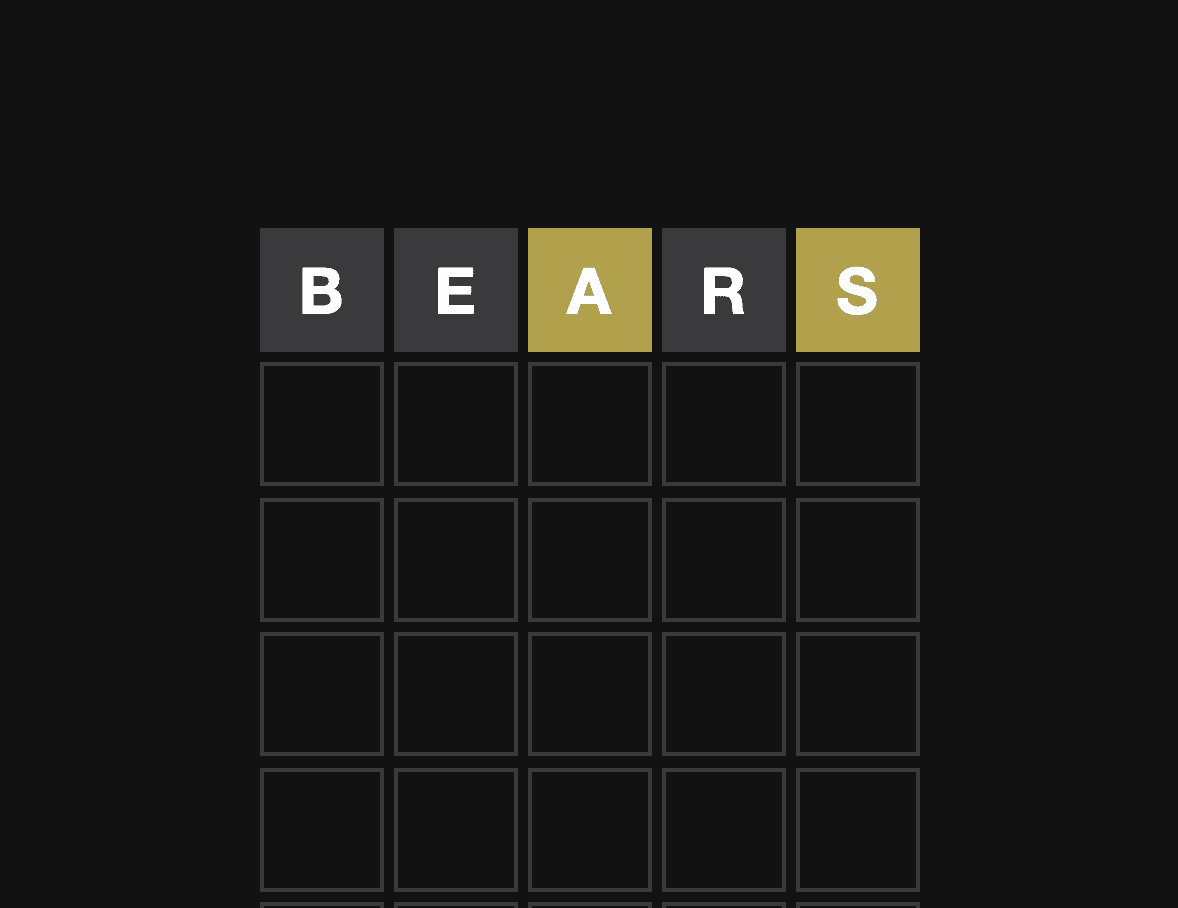 If you’ve been anywhere on campus in recent months, you may have heard students intensely discussing the game Wordle, or seen them playing in class or during breaks. Created by John Wardle for his partner, Wordle is a word game that gives you six tries to guess a five-letter word, once a day. Every time you make a guess, a letter in the correct place turns green, a letter that’s in the word but in the wrong place will turn yellow, and incorrect letters will turn gray.

According to the New York Times, the game has become increasingly popular, going from 90 to 300,000 daily players in just two months. At M-A, it has become very popular, with many students playing it daily. Senior Chloe Leung said, “It was actually through school that I found out about it…I see it around school and during passing periods and flex time for sure.” She explained, “I found it as something to do every day with my friends.”

Senior Andrea De la Vega said that the majority of her friends play Wordle, and “it’s this very casual thing that everyone does. And then we can talk about it and be like, ‘I got it in two today! Or like, ‘Oh no, I didn’t get the word today.’ Because it is free and easily accessible, everyone can do it. Part of the fun is that it’s the same for everyone. We’ll see people complaining about the word on TikTok. Like when it was ‘knoll,’ everyone was pissed off.”

However, the beloved Wordle might be in danger. The game has been open source and easy to download since its creation, but at the end of January, the New York Times paid a seven-figure price tag to add it to their games list which already hosts a variety of different games, such as their daily crossword. Even though the company said that the game would initially stay free, many are worried that the game might face changes or eventually go behind a paywall, as most New York Times games require a subscription. On February 2nd, two days after the announcement, five of the top seven stories about Wordle instructed readers how to save the game for free.

As of February 11th, Wordle was moved from its original “powerlanguage.co.uk/wordle” URL to a new, New York Times URL (https://www.nytimes.com/games/wordle/index.html), with the old URL redirecting to the new one. They have already faced criticism, from complaints about lost streaks—which has since been fixed—to an edited list of words.

February 15th was the first day that the New York Times’ word list differed from the original list, meaning that if users were still playing the old version of the game—if they’d kept the old link open or downloaded the game—then they had a different solution than users playing the new game.

Wordle has captured many people’s imaginations, resulting in spin-offs like Wordle Unlimited and Absurdle, where the game actively plays against you. Senior Kai Marshall said, “I personally like the spin-offs. I think they’re rather fun, but they can be a little frustrating. I’ve done a lot of them. And I’d say it just depends on what they’re about. Some of them are really fun and some of them are less fun.”

Marshall’s favorite spinoff is Dordle, where you guess two Wordles at once, and his least favorite are math versions like Nerdle, where you have to guess an equation. M-A students have picked up these versions of the game as well, so despite worries about the New York Times acquisition, it seems like Wordle is here to stay on campus in one form or another.