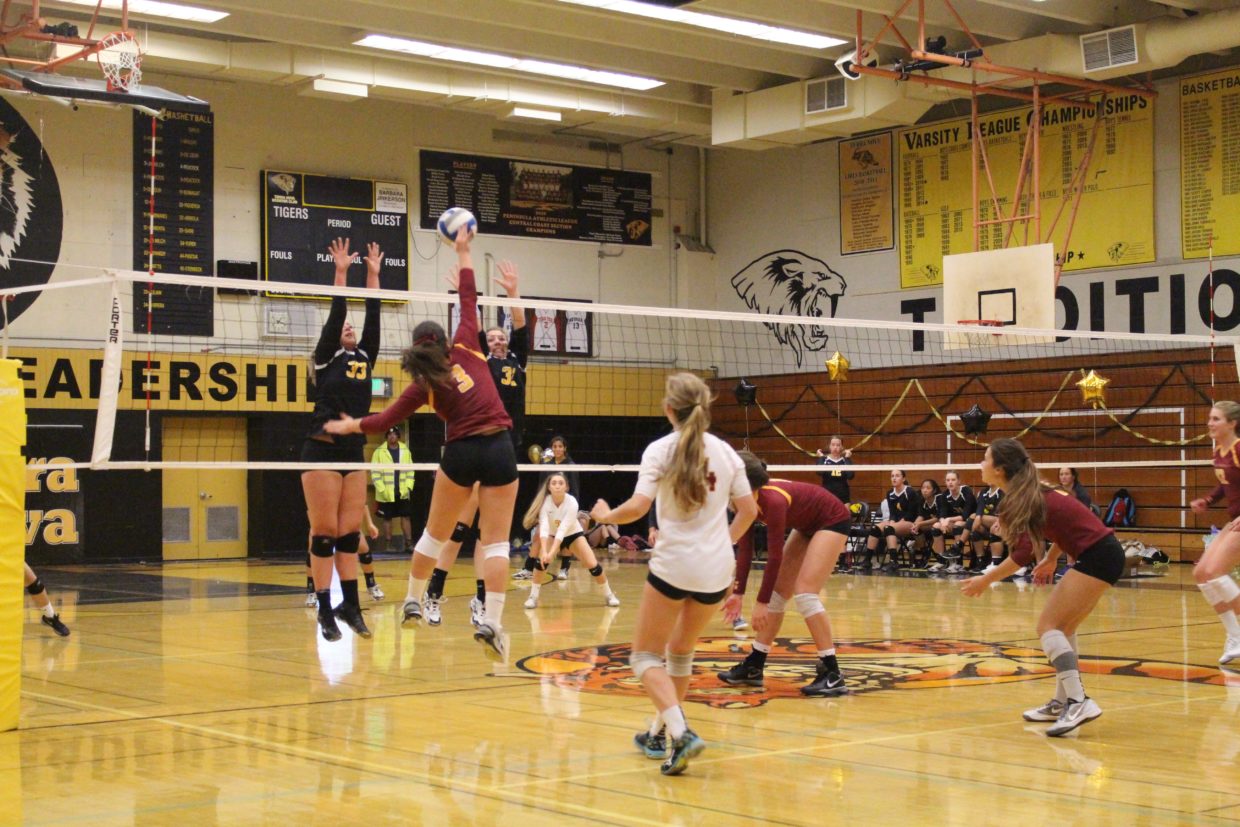 The 2016 season has been excellent so far for the M-A girls varsity volleyball team. The Bears are currently undefeated in Peninsula Athletic League (PAL) play with a league record of 19-0. The evening of Tuesday, October 25 marked the start of the Bears’ last week of PAL matches, and after defeating the Tigers in three straight sets, M-A is poised to claim the PAL championship title.

M-A ran a 6-2 rotation in set one. The starting lineup consisted of many seniors, including setters Kirby Knapp and Casey Olsen, outside hitter Jacqueline DiSanto, and right side hitter Eliza Grover. Sophomore Erica Fischer played libero and did not disappoint, despite her lack of experience in this position. 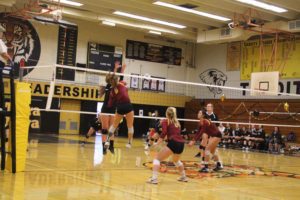 DiSanto slams down a ball from the outside.

The first set started off with a powerful kill from Grover on the right side, and the Bears exploded from there. DiSanto went on a serving streak that included three aces to give the Bears a 5-0 lead. Terra Nova took the ball back, but M-A quickly recovered with a tip kill from Grover.

Sophomore middle blocker Alicia Letvin went back to serve and brought the score to 7-1 with an ace. Strong offense, especially from Grover and DiSanto, increased the Bears’ lead to 11-3. 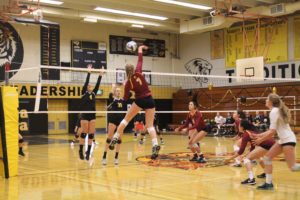 Later in the set, junior right side hitter Nicole Kang suffered an ankle injury and exited the game. Knapp replaced her and showed her versatility by competing as both an attacker and a setter. 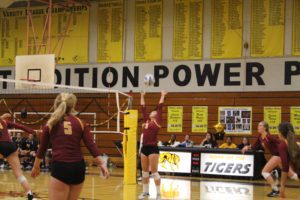 Even with this shift in the lineup, the Bears widened the deficit. Grover had multiple kills off of difficult slide sets, and Knapp and DiSanto contributed a stuff block to make the score 23-13. M-A won the first set 25-14.

This momentum carried over into set two, and the Bears carved out a huge lead despite Terra Nova’s scrappy defense. They eventually won the set 25-9. 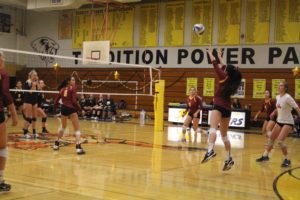 After impressive wins in the first two sets, M-A was determined to finish the match in three. The team came out strong in the third and final set, but the Tigers showed new strength and kept the score close with long rallies.

With the score tied at 20, head coach Fletcher Anderson called a timeout in attempt to regroup his team. Following the break, Terra Nova pulled ahead 22-20 and began to put pressure on the Bears. 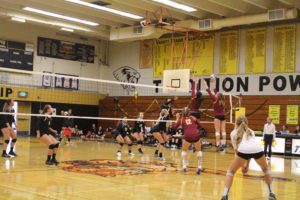 Grover and Letvin block as Fischer prepares to dig.

With the Tigers threatening to take the third set, Grover countered with a kill from the right side and earned yet another point to tie the game at 23. Terra Nova committed a double contact which gave M-A the point, and DiSanto served an ace to end the match, with a final score of 25-23.

Anderson noted, “Eliza [Grover] had another great night with a .720 hitting percentage. We were also able to keep the pressure on them with a great serving performance.” 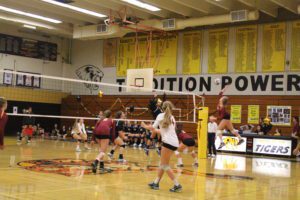 This victory proves that M-A is capable of showing tremendous grace under pressure. As the Bears focus on taking first place in league play, they look forward to their last PAL match on Thursday, October 27 at Burlingame High School. 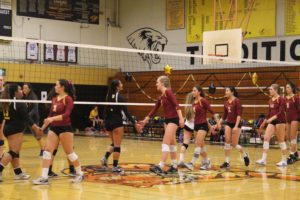 The Bears shake hands after their victory.