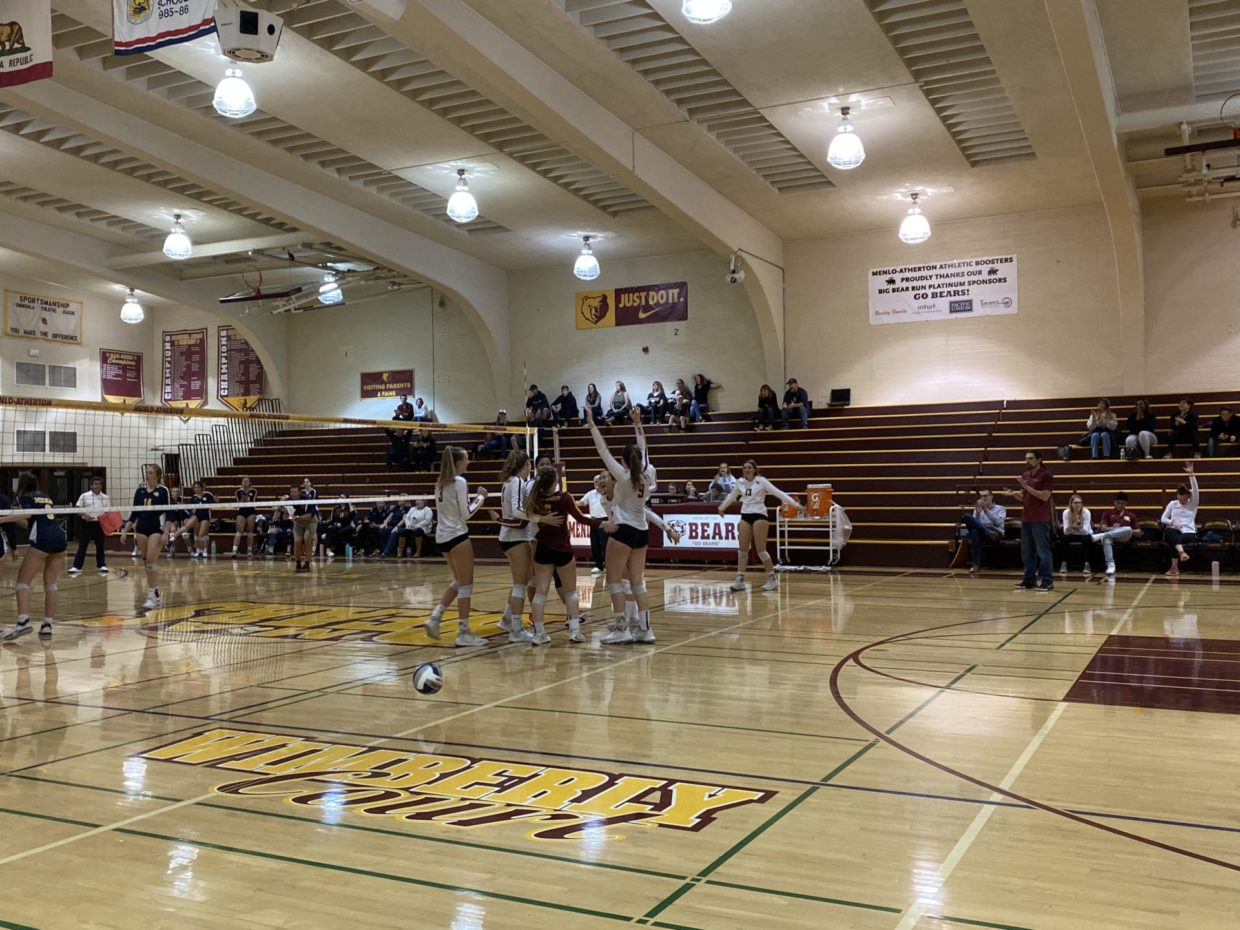 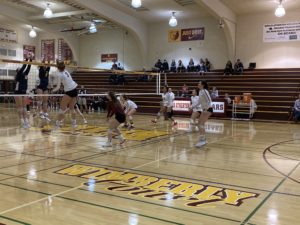 Senior, Natalie Grover, scoring 1 of her 11 kills of the night.

In the second round of Norcal playoffs, the girls varsity volleyball team managed to pull out a win against Nevada Union, in a 3-1 game. The Bears lost the first set 21-25, but did not let it crush their spirits, as they won the next three consecutive sets. Junior Rachel Park believed that “we knew we weren’t playing to our full potential that set 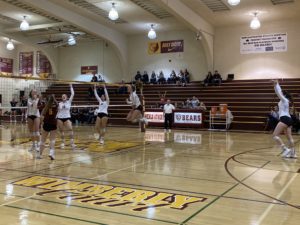 The bears cheering after scoring a point.

so we huddled up, reminded each other of how hard we worked to get here, and did a fun team cheer we always do to boost our energy.”

The Bear’s offense was a key component in their win against the Miners, with Senior Natalie Grover ending the night with eleven kills and Junior Emma Spindt with fifteen. Park adds “some key players stepped up and fired up our team energy. We focused on implementing the game strategy, and putting together the skills we’ve been working on all season to fight for every point while also having fun.”

This win was a big victory for the Bears. They will now advance to the division one Norcal semifinals. If they win, they go on to the finals in Los Angeles and compete for first place in all of Northern California. The night was a big success for the varsity team, as they continue their fight to the Norcal Championships.