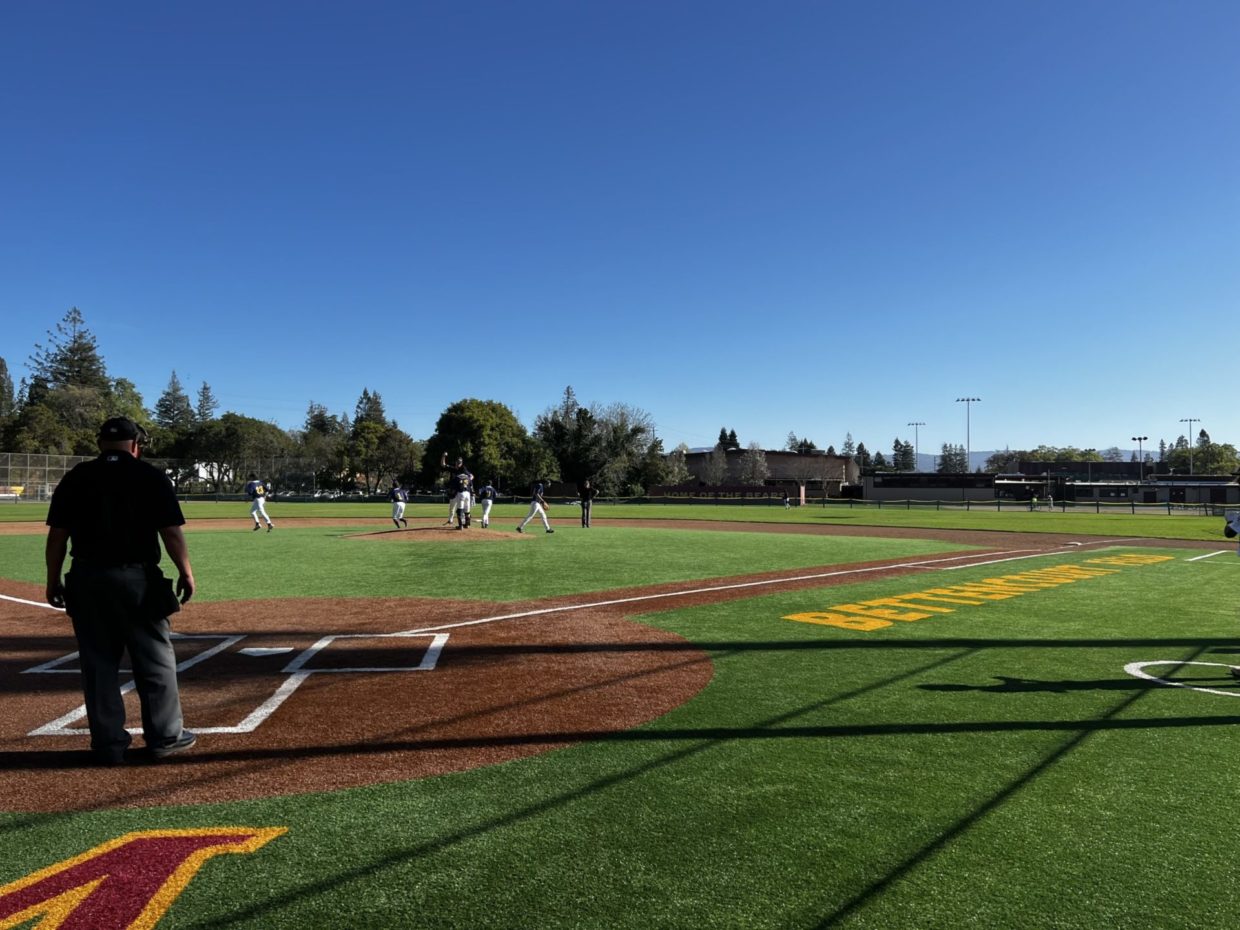 Last Wednesday, the Bears’ Varsity Baseball team beat the King’s Academy 17-5. It has been a bit of a rough start for the Bears, and they needed the win badly coming into the game with a record of 2-7. However this changed during their league opener.

The Knights started off batting, with Senior Griffin Williams pitching for the Bears. With two runners on base and two outs, a single got the Knights on the board early on in the game. The Bears quickly shut down this run, with the first inning ending 1-0.

It did not take long for M-A to get their offense going. Senior Matt MacLeod had an early double which made the score 2-1 in favor of the Bears. Soon after, Williams hit a double, bringing the score to 5-1. But, the hits did not stop there, with the first inning ending with a score of 8-1.

From there, the Bears had no intention of losing their lead. The defense was stellar throughout the afternoon, with Senior catcher Ethan Bergan keeping things tight behind the plate. He made multiple difficult catches look easy throughout the game.

Williams hit the only home run of the game, along with three RBIs. Senior Reno DiBono piled on with two RBIs, and MacLeod who went 2-5 at bat and also had three RBI’s.

M-A pitchers put down any attempt at a rally from the Knight as  Williams’ stellar performance was accompanied by Juniors Henry Bei, Ben Peterson, and Sophomore Adam Chane.

Williams said, “this game really helped us prepare for the season ahead.” After a preseason of playing some of the premier schools in the area, the win was a big confidence booster for the Bears.

Bergan attributed the win to the Bears, “hot bats” which was certainly no understatement. The Bears improved their record to 3-7 with the win, they look to continue their winning streak on Wednesday against Carlmont.