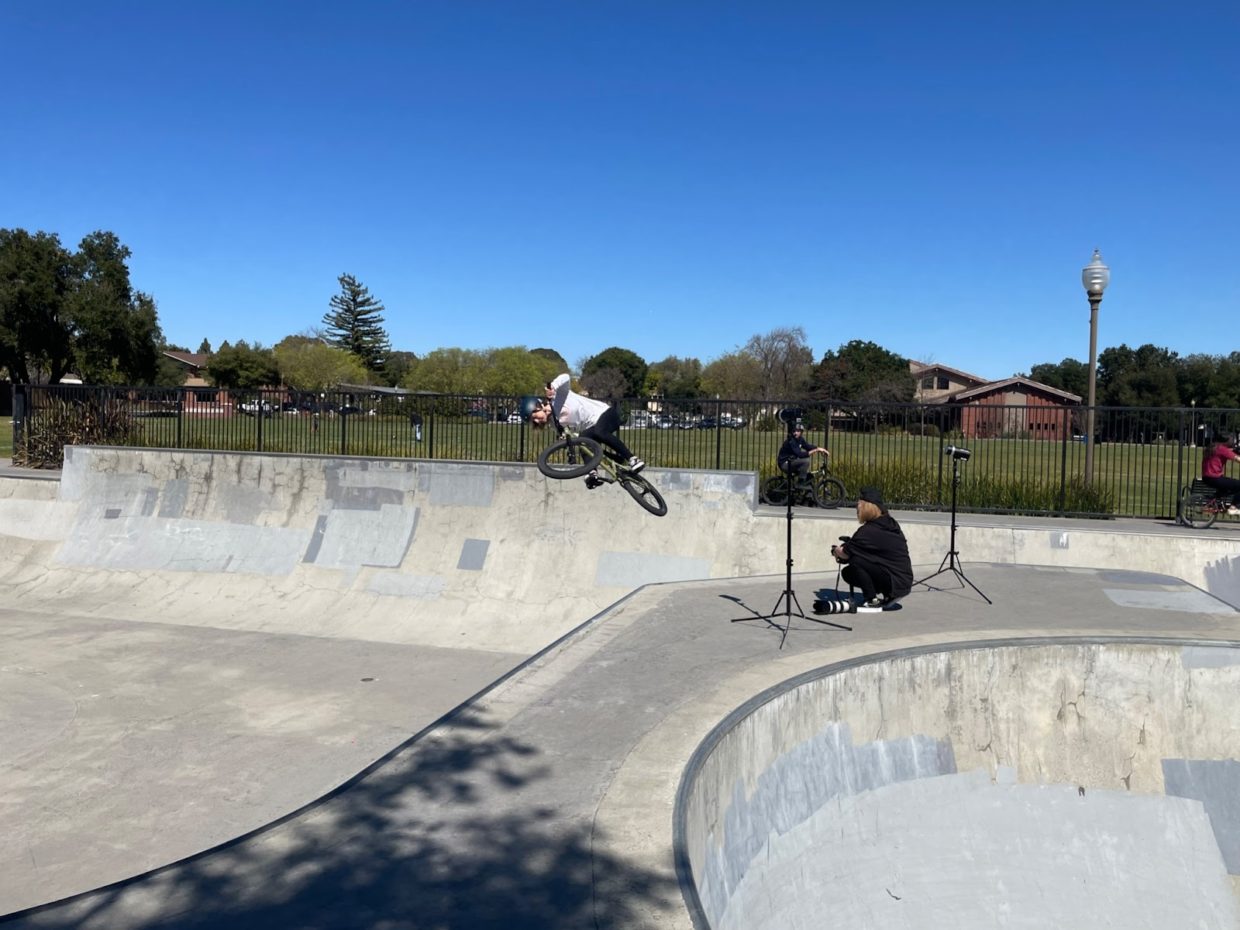 Most Burgess skatepark natives would be surprised to find a Vans tour bus, covered in vivid murals and full of world-famous BMX riders, in their parking lot. 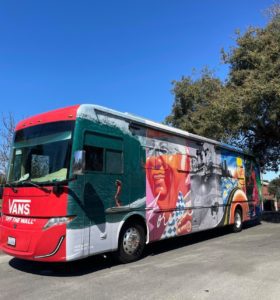 Last Saturday, The Bloom BMX crew—the team behind an all-female website dedicated to covering BMX news and empowering women in the sport—gathered at the Burgess skatepark for a promotional tour for their collaboration with popular clothing and shoe company Vans, featuring top female athletes. Olympic athletes from countries all over the world such as Austria, Chile, and Spain showed off their risky tricks for the camera. 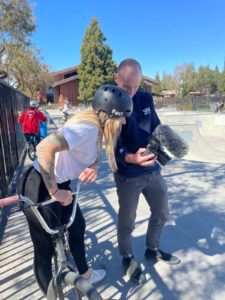 Angie Marino, USA cycling athlete and co-founder of The Bloom BMX, took her crew to Menlo Park along their journey from Northern to Southern California. She explained, “I have a new shoe colorway and a clothing line coming out in April. This year, for my line, I wanted to do a big girls trip and get everyone together.”

She added, “This tour is like the first of its kind, honestly. We’re just filming and shooting photos, and this is gonna go on the Vans channel.” 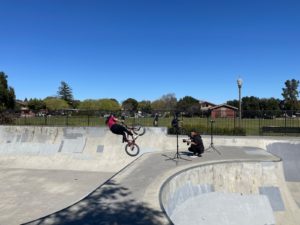 Beginners and experienced BMX riders and skateboarders alike came to watch the riders and photographers in action. “I’ve been riding for 18 years. I’ve been following a lot of these people and have seen them coming up from being really passionate amateurs to competing in the Olympics,” one spectator said. “We get to see everybody’s journey through the internet. These promotional tours get riders interacting with the community.”

And that’s what The Bloom BMX came to do at Burgess. “It was just getting women together and collaborating on a video project,” said Marino.